Do You Remember Haig Road?

After those hard cold winters, we always had long Hot! Hot! summers from end of April until late September. No coats or cardy’s, short pants, and ankle socks. We could play in the woods or outside with friends until just before dusk. To name a few, Carole and Gordon Moody, Eileen Lee, Dorothy Mac Intyre, Vivian Curtis, and Sadie Master’s. And no harm befalling us.

Well now as I remember vividly, an old fella Named Doochy Green, who had a tawny weather beaten complexion would swagger past my home in his flat cap, green tweed jacket with brown leather gaiters up to his knees, with three buckles down either side. He would swing his stick as he walked, a man of importance, as I remember. It was his regular walk twice daily. Hmmm !!!! now looking back I don’t think he was tending his horses in the stable at the rear of the cottage at Middle Street Hill. More like a sneaky visit with his lady friend. (If I knew then what I know now, that’s why he looked like the cat that had the cream). He would return home on his usual walk up Haig Road and back to his farm, which I believe was Greens Farm, way back where Whalesmead is now. It was surrounded by apple orchards.

The apples helped to supply Hartley’s Cider Factory. This strong beverage was bottled, labelled, and sold on at the factory that was situated on the nasty bend in Allington Lane. The house still stands but modernized of course as you go down the hill, on the right, before Willow Barn. 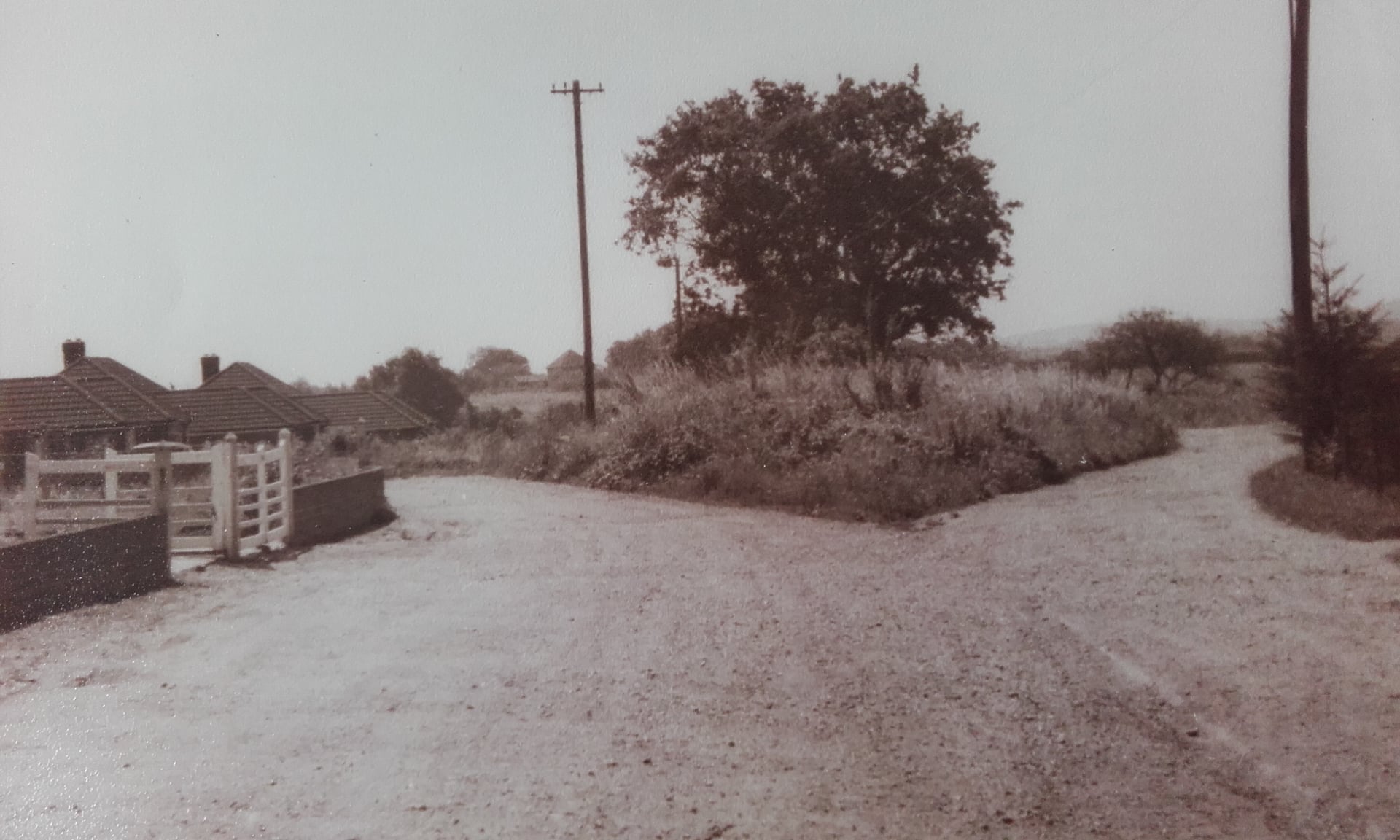 The top end of Haig Road. We moved into the first build bungalows as did Mr and Mrs Scadding, along with Joan Instrell. I would like you to see how it looked was back then. These old photo’s hold special childhood memories for me.

On looking back to about 1947, on a Sunday my mum would wash, and hand brush my long hair in front the kitchen range, then we would go to the top of the garden. My mum would watch me run across the ploughed fields at the top of Haig Road Sandpit to Joan Instrell’s bungalow, where she had a tray of chocolate delivered, I’m supposing by Cadburys! as we had no shops close by. My mum would wait for me to return. 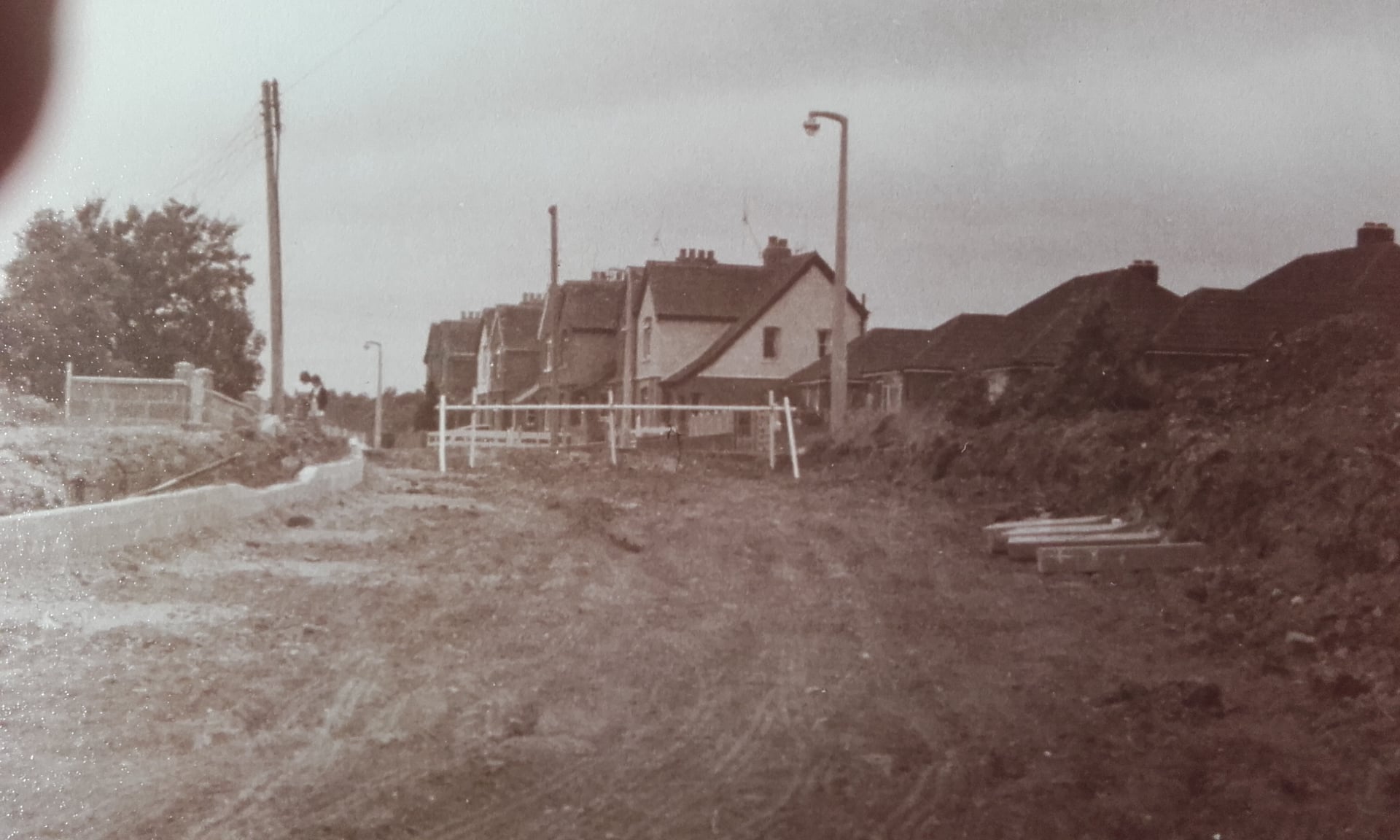 (Picture of Joan Instrell, and her mum outside their bungalow in Haig Road)

That’s how free our world was way back then we would come to no harm. When we came indoors, I would lay on the floor in front of the fire. Who remembers listening to Dick Barton Special Agent, and Open the Box with Michael Miles? 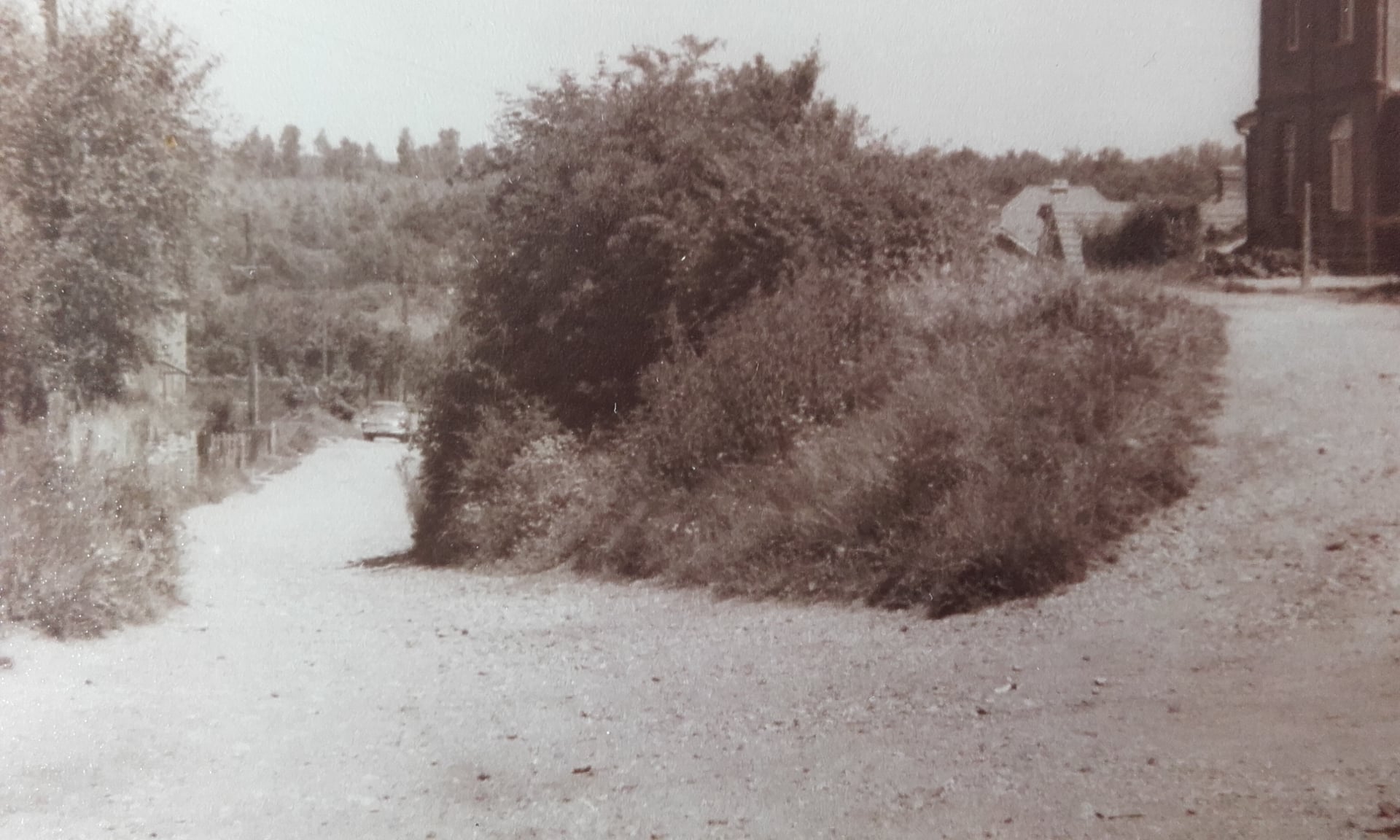 (An un-adopted Haig Road, all stony and uneven)