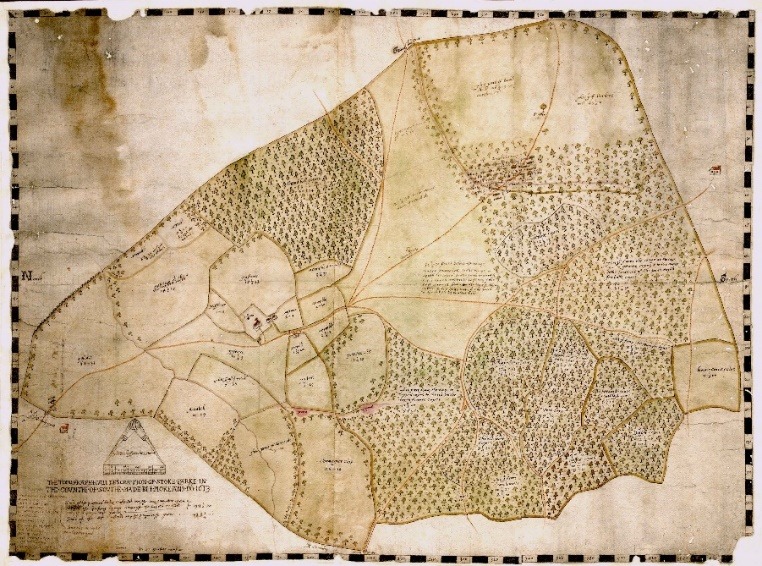 This map from 1613 of Bishopstoke is confusing because convention of the day meant map illustration was East/West, not North/South as we would do today. It is also confusing because there are very few features recognisable from 400 years ago. 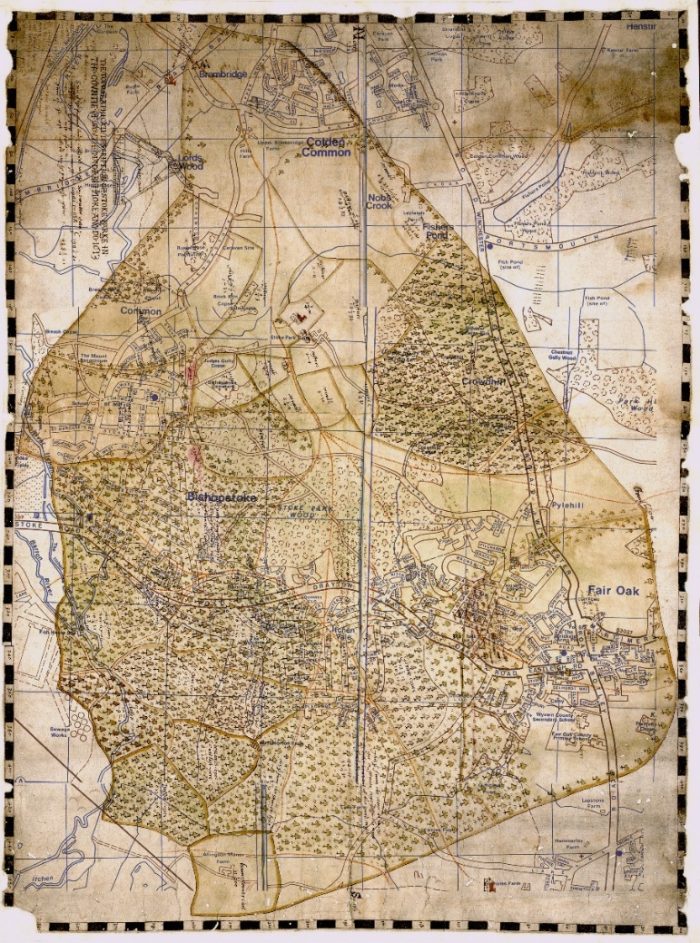 Perhaps this will help. The map has been overlayed with an outline showing the relationship to where things are today. 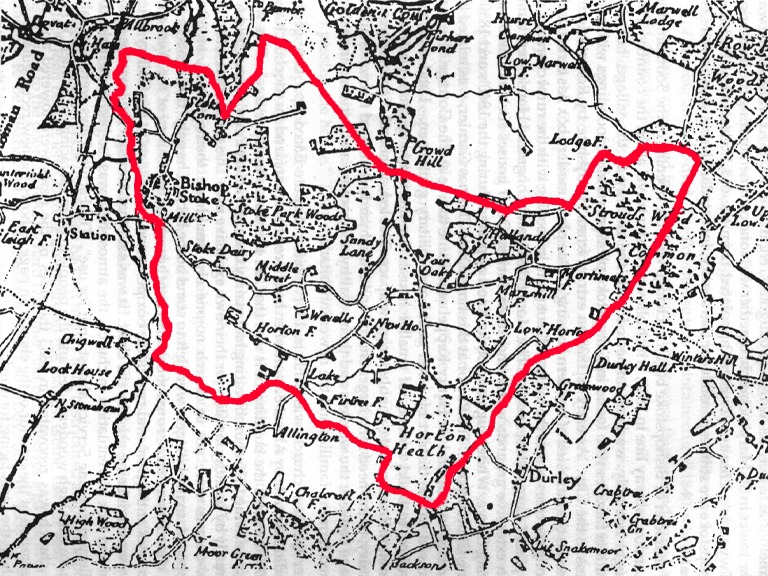 This map from 1872 illustrates the boundaries of Bishopstoke Manor, belonging to the Bishop of Winchester. It shows how the area developed in a little over 200 years, compared to the previous map of 1613. 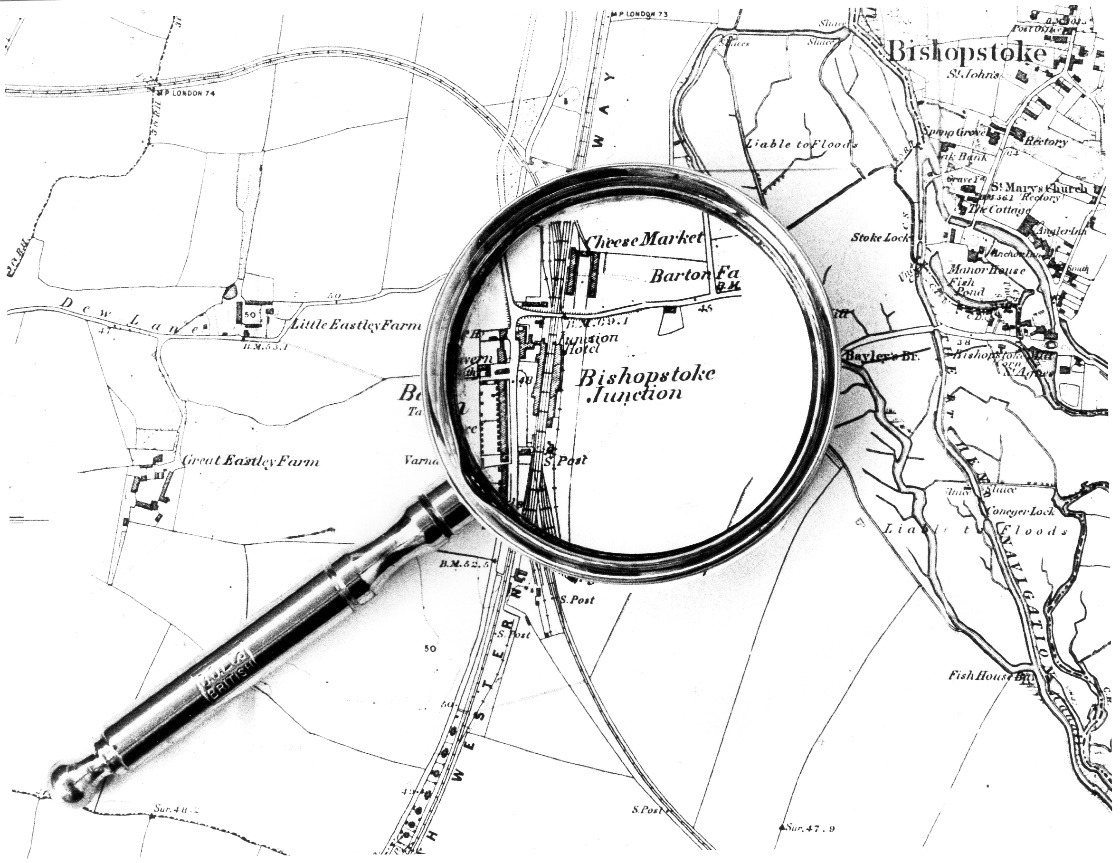 Bishopstoke Station was opened in June 1839. It was renamed Bishopstoke Junction in December 1852, so this map probably dates from around the 1860s. Eastleigh consists of a few cottages along Southampton Road and census data indicates about 200 people living around the station in 1851.

The London and South Western Railway completed the move of their Carriage and Wagon Works from Nine Elms in London, to Bishopstoke in 1890. Whilst housing was built in Bishopstoke, plans were proposed for more housing in the emerging area of Eastleigh, as this plan from 1892 shows. In 1887 Eastleigh had a population of about 1000, but by 1891 the population had grown to around 3500. Bishopstoke now had a population of around 1500. 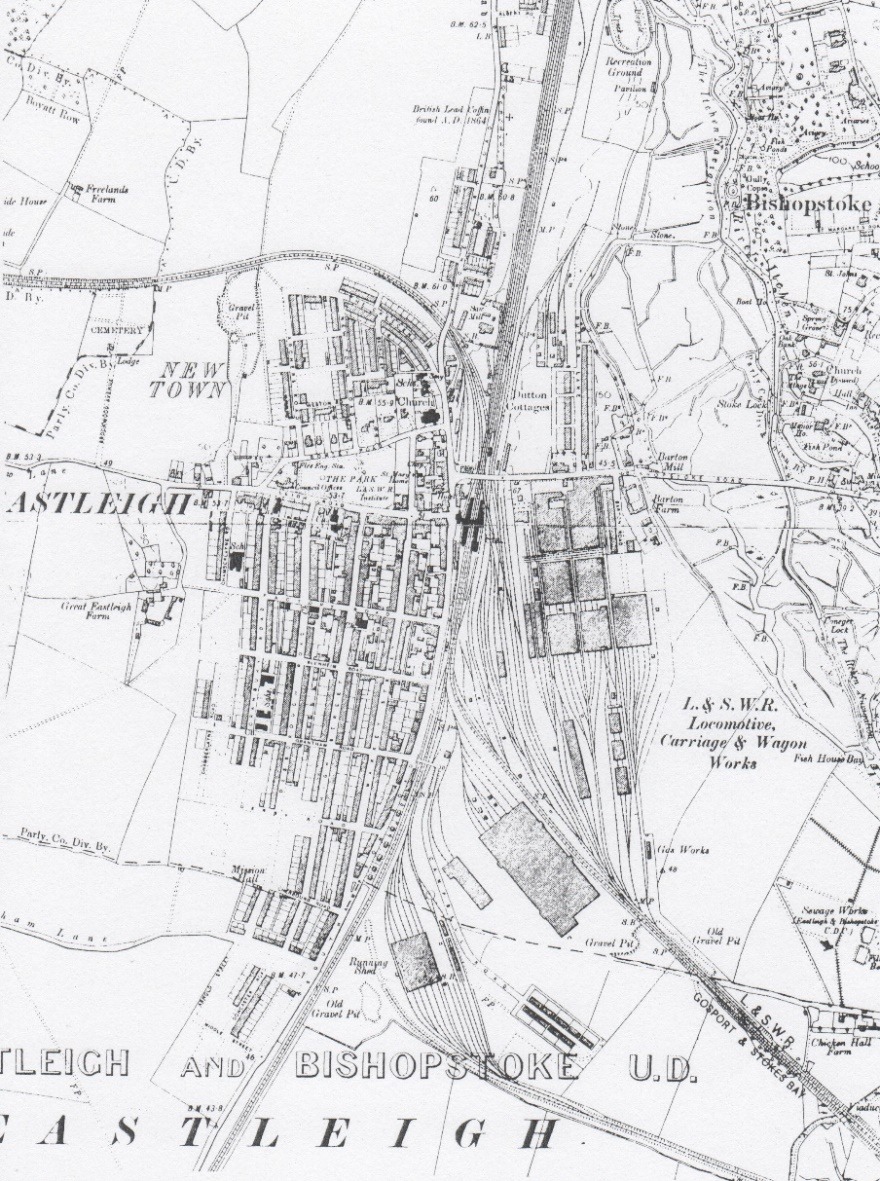 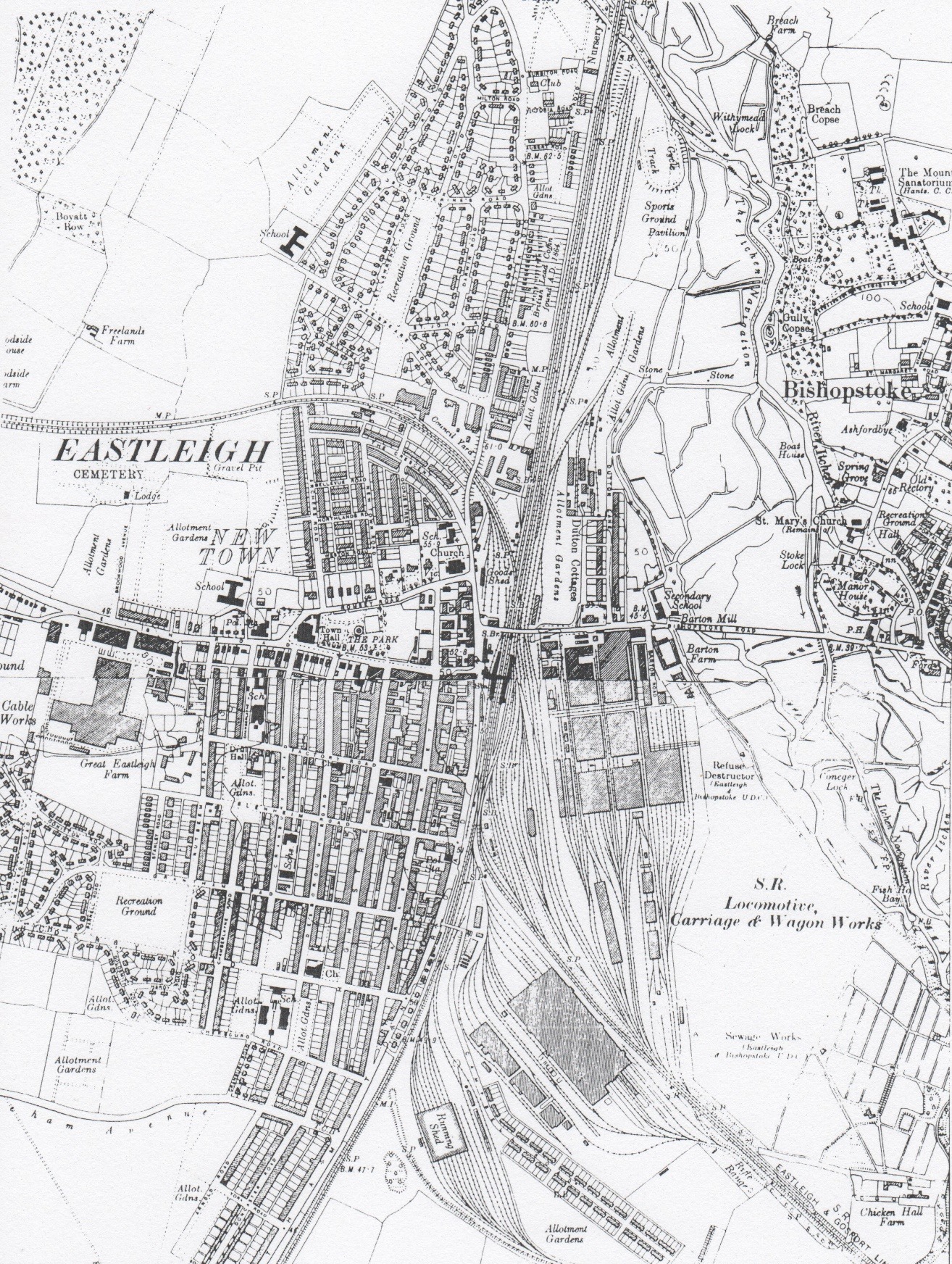 The arrival of the railway and the skills of their workforce attracted more industrial development and permanently changed what had been a rural landscape to one of residential. Industrial organisations like Pirelli General Cable Works Ltd were established in the 1920s and in the 1930s Eastleigh Airfield was developed. By 1931 the population of Eastleigh and Bishopstoke combined had risen to just over 18,000, although there must be some caution with population statistics. In the 1920s Eastleigh and Bishopstoke Councils merged and in 1932 there were further boundary changes which had a marked effect on population levels. The population for the Borough of Eastleigh from the census in 2011 was 125,000 people. 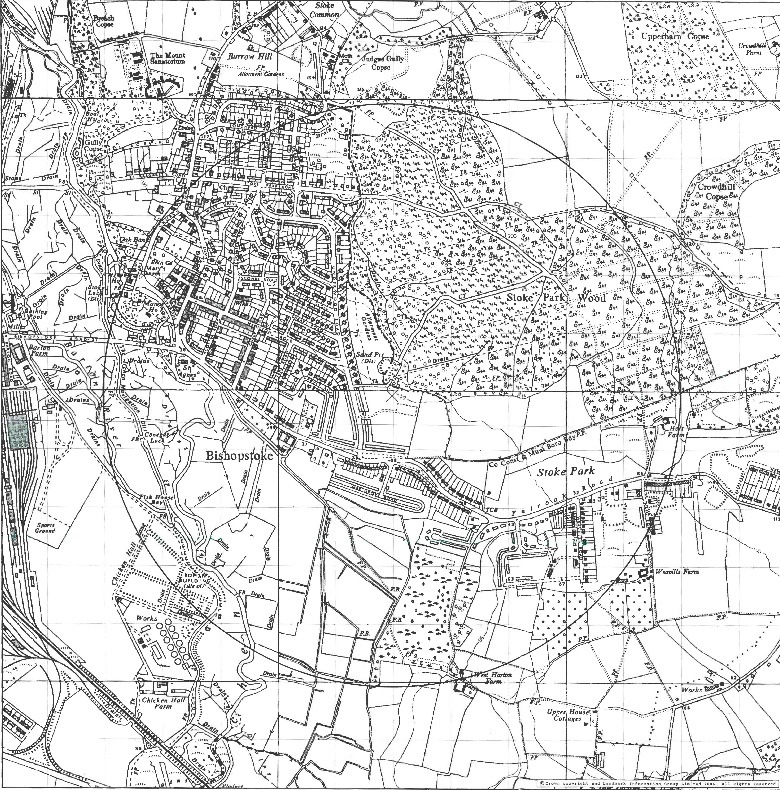 This map from 1963 shows how the old Longmead Estate had been developed during the 1950s to provide social housing in the aftermath of WWII. This had a dramatic effect on schooling provision and a new school was built in Underwood Road which opened in 1959. 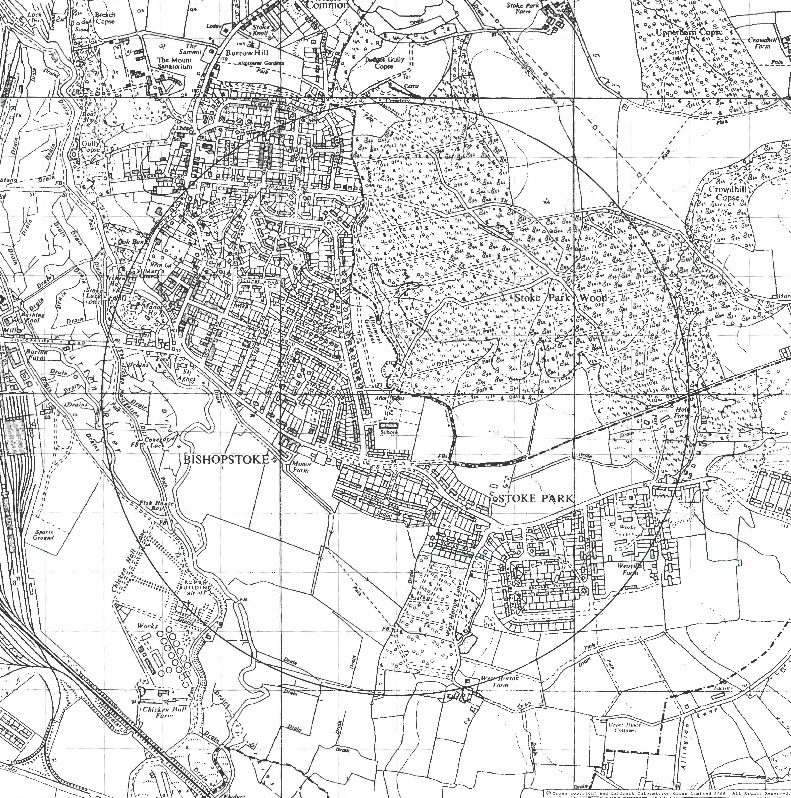 Bishopstoke continued to expand during the 1960s. This map from 1968 shows further development of the Whalesmead Estate, and completion of development on the old Longmead brickworks site, with the creation of Rogers Road. Alan Drayton Way and the Itchen Vale estate infill development between Fair Oak and Bishopstoke did not commence util the 1970s. Bishopstoke Manor in 1872 covered an area of nearly 3,500 acres, with a population of around 1,600. In 2021, the boundary of Bishopstoke is in the region of 500 acres. The population of Bishopstoke in 2011 was about 10,000.