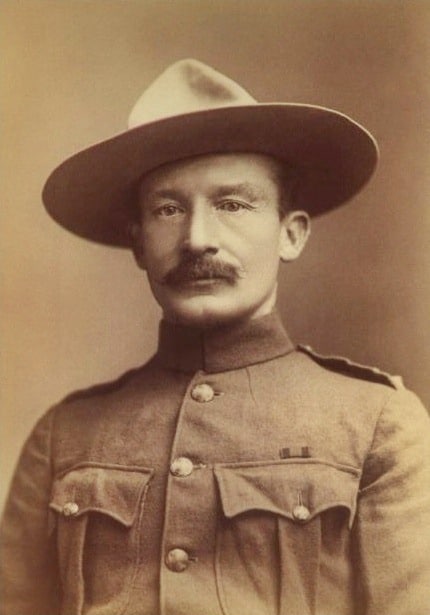 Lieutenant – General Baden Powell established a boys camping event on Brownsea Island in Poole Harbour to test his ideas for the book Scouting for Boys. Boys from different social backgrounds participated from the 1st of August until the 8th of August 1907 in activities around camping, observation, woodcraft, chivalry, lifesaving, and patriotism. This event is regarded as the origin of the Scouting movement. Sir Robert Baden-Powell’s book, Scouting for Boys was published in 1908 and its pages contained the foundations of the scouting movement. A follow up book titled Nature Stalking for Boys was produced by William Percival Westell in 1909 which contained pictures of scouts on the cover and a forward by Sir Robert Baden-Powell for Boy Scouts. 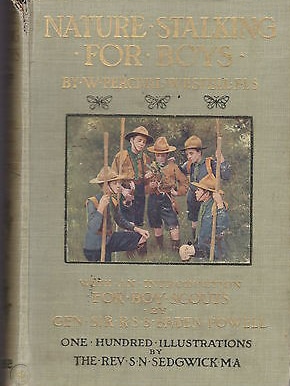 There is a Bishopstoke connection to the formation of the scouting movement. This book contains one hundred illustrations by the Reverend Sidney Newman Sedgwick M.A., who at the time was Rector of Bishopstoke. Sedgwick collaborated with Westell on other publications and was a prolific publisher of books about natural history in his own right. 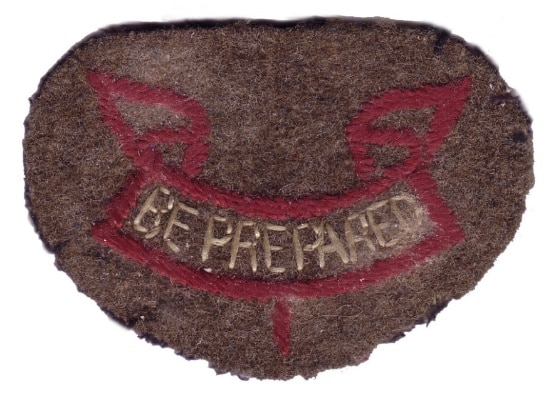 I am not sure if this badge from my family collection is an early scout or cub badge.

My uncle, Frederick Lionel Humby, from Bishopstoke, was an early member of the scouting movement and attended one of the early scout camps at Lee on Solent in 1913, when he was aged 14. 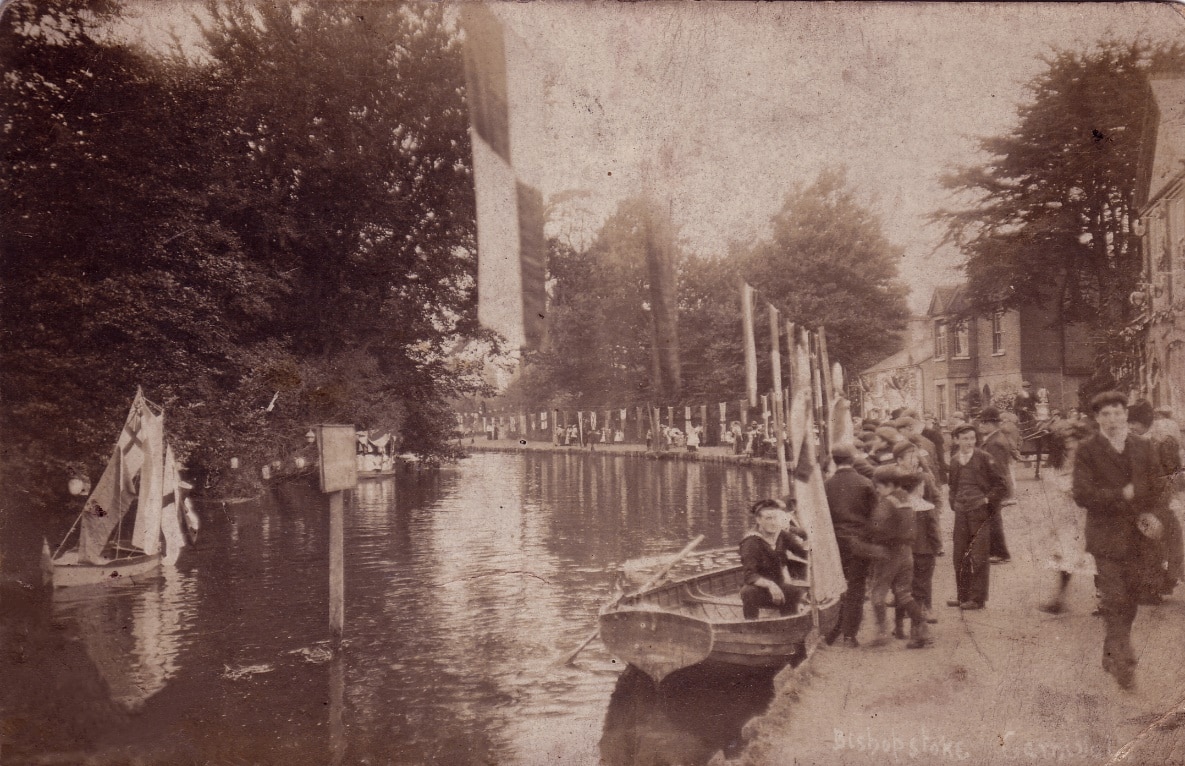 This picture of Bishopstoke Carnival on the river Itchen, at Riverside, had probably been taken a few years earlier, and my uncle would have taken it with him, so that (probably under strict instructions) he could let his mother know he had arrived safely. He wrote: Dear Mother, I arrived here safe. We have been very busy this morning putting up tents and different things. We had a lot of rain when we got to camp, after this it has been raining at intervals. My address is F. Humby, 1st Bishopstoke Troop, Lee on Solent. I imagine that by giving his address he was hoping that his mother would write back to him. As a young boy, it is probably the first time he had been away from his family. 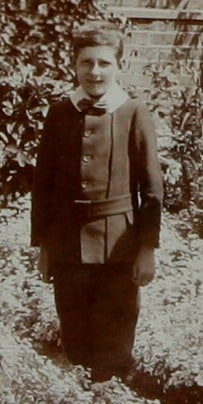 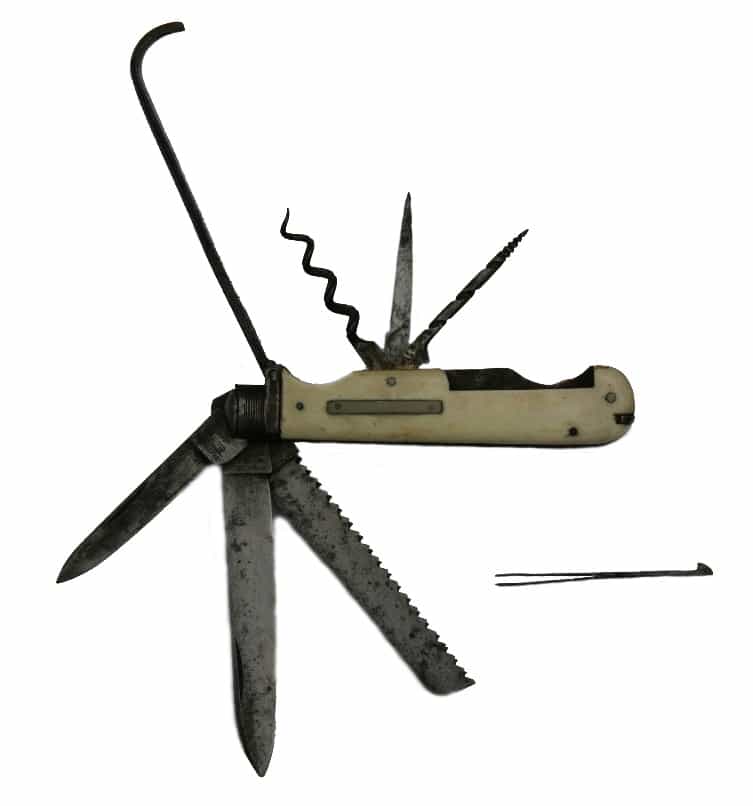 During his time at camp, this scout’s penknife was awarded to my uncle as a 1st prize for a test/examination about Ambulance Knowledge. This penknife has at least 10 functions: A bottle opener, scraper, a bradle, tweezers, a saw, a large blade, a small blade, screwdriver, hammer, and attachment for extracting stones from horse’s hooves, which carried an inscription. 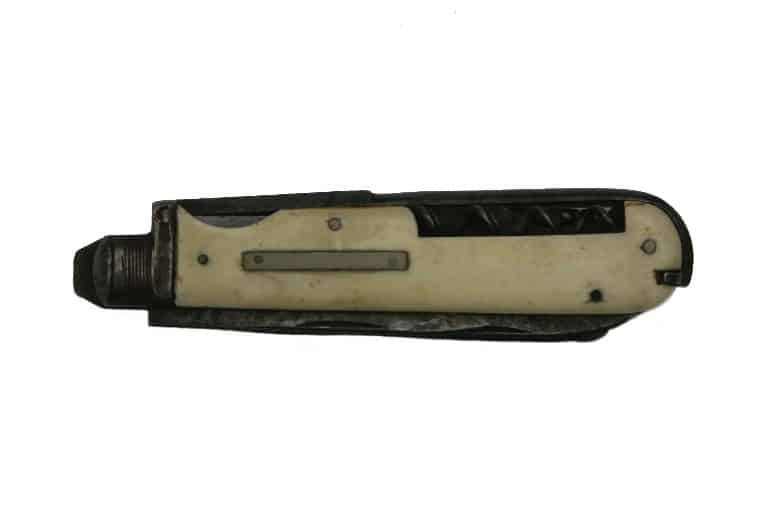 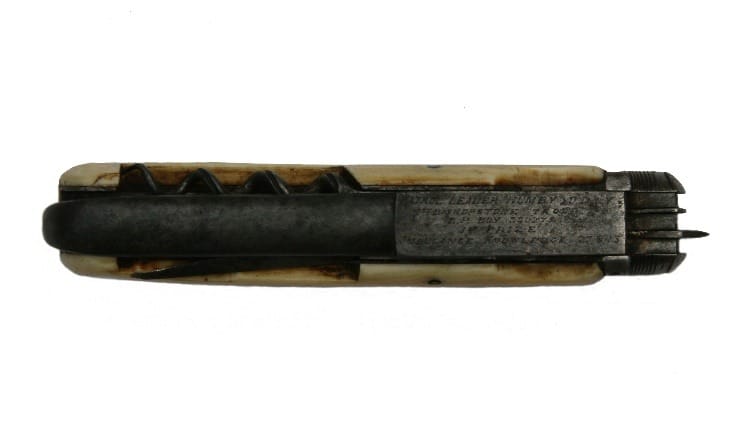 The penknife was inscribed:

This penknife is an early example of recognition and awards that were given by the scouting movement for exceptional performance.

The original Scout Law for boy’s was as follows:

In his original book on boy scouting in 1908, General Baden-Powell introduced the Scout promise, as follows:

“Before he becomes a scout, a boy must take the scout’s oath, thus:

On my honour I promise that— 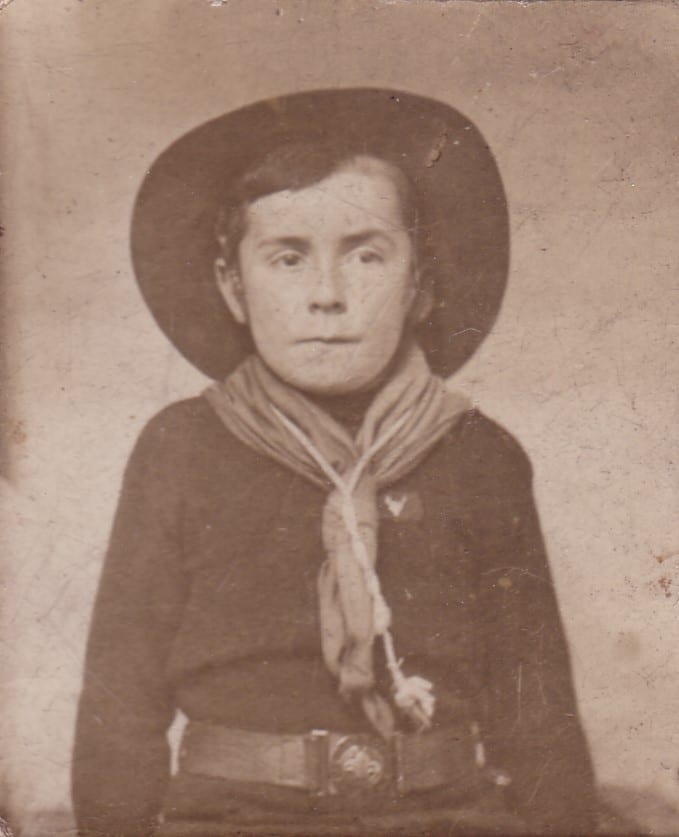 The Scouting program initially focused on boys aged 11 to 18, but as the movement grew the need became apparent for leader training and programs for younger boys, older boys, and girls. My Father, William Charles Humby (pictured) was born in 1909, so I make the assumption that this picture was taken around 1920. Both my uncle and my father were awarded proficiency badges by the Scouts, although I do not know who was awarded which badge. These badges, from my family collection, are believed to date from before the mid-1920s. 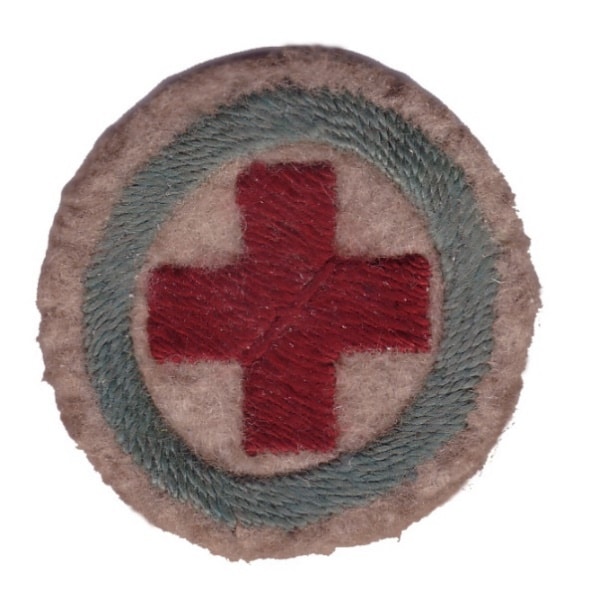 The only badge that was allowed to be worn on both arms was the Ambulance badge, which was invariably worn as the top badge nearest the shoulder, whether gained first or later. To qualify for proficiency as an Ambulance Man and be awarded a badge, each Scout had to know:- The fireman’s lift; how to drag an insensible man with ropes; how to improvise a stretcher; how to fling a life-line; the position of main arteries; how to stop bleeding from vein, artery, internal or external; how to improvise splints and to diagnose and bind fractured limb; the Schafer method of artificial respiration; how to deal with choking, burning, poison, grit in eye, sprains and bruises as the examiners may require. Generally, the laws of health and sanitation as given in “Scouting for Boys,” including dangers of smoking, incontinence, want of ventilation, and lack of cleanliness. 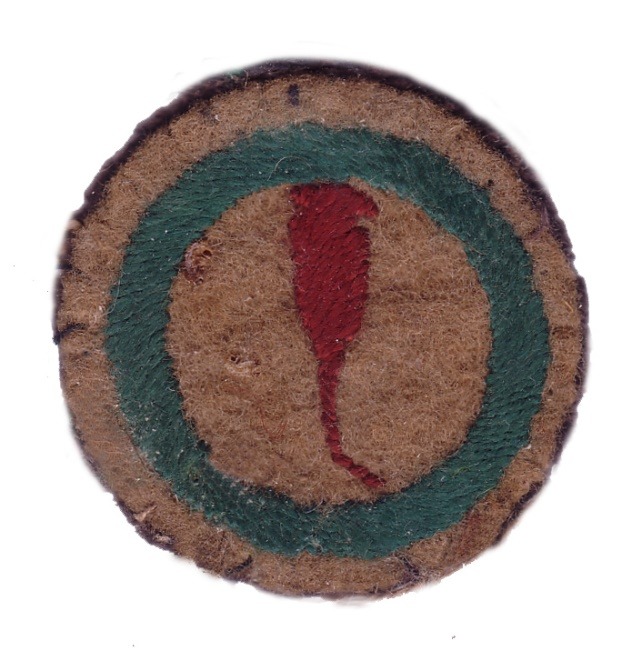 To qualify for proficiency as a Leather Worker and be awarded a badge, each Scout had to either be able to: 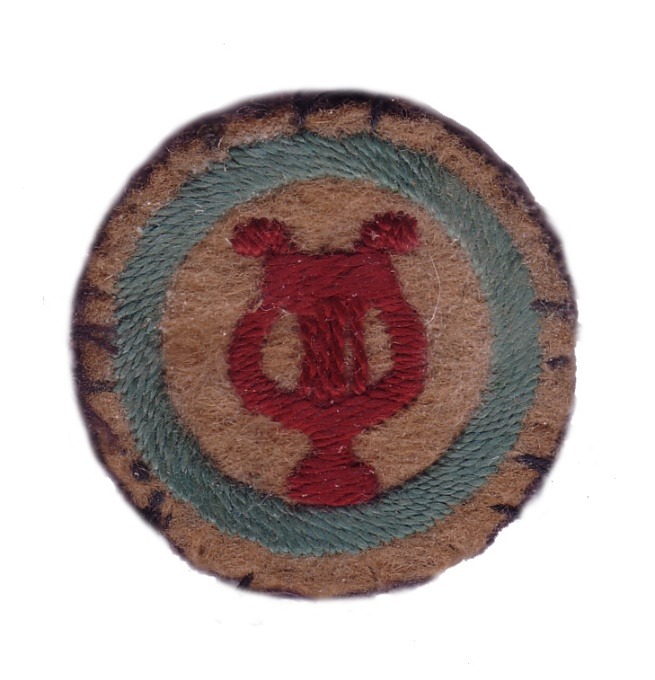 To qualify for proficiency as a musician, and be awarded a badge, each Scout had to demonstrate to examiners that they were able to play a musical instrument correctly (other than a triangle) and to read simple piano music; or play properly any kind of musical toy, such as a penny whistle or mouth organ, and sing a song. 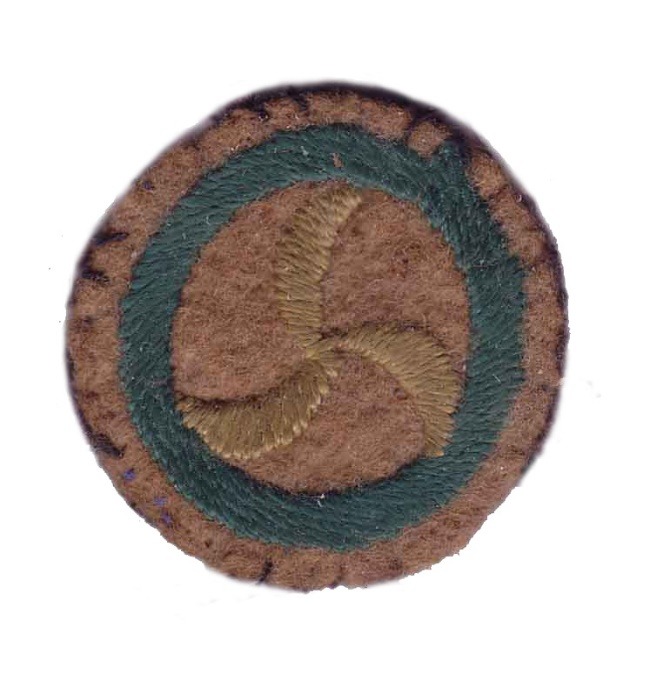 To qualify as a Missioner, the scout had to demonstrate to an examiner a general elementary knowledge of sick nursing; invalid cookery, sick room attendance, bed making, and ventilation, and an ability to help aged and infirm. 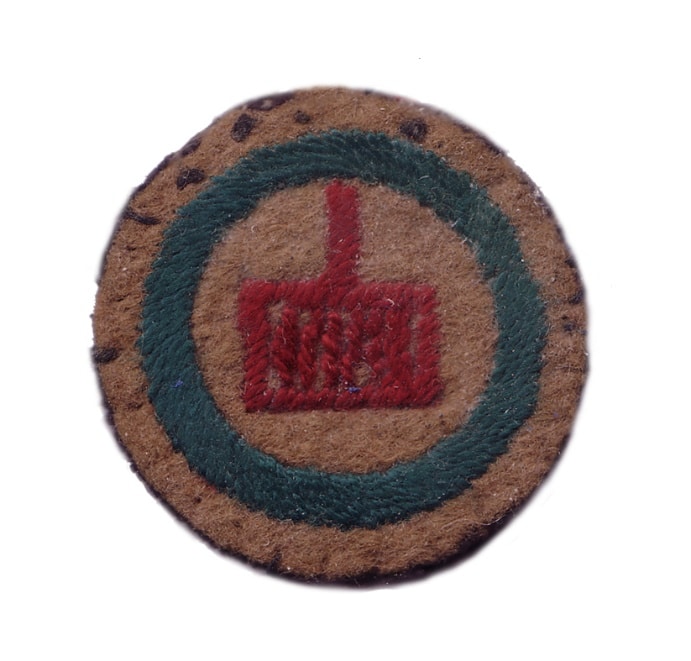 To be awarded a Cook badge, a scout had to be able to light a fire and make a cooking place with a few bricks or logs: cook the following dishes: Irish stew, vegetables, omelette, rice pudding, or any dishes which the examiner may consider equivalent; make tea, coffee, or cocoa; mix dough and bake bread in oven, or make a “damper” or “twist” (round stake) at a camp fire; carve properly, and hand plates and dishes correctly to people at table. 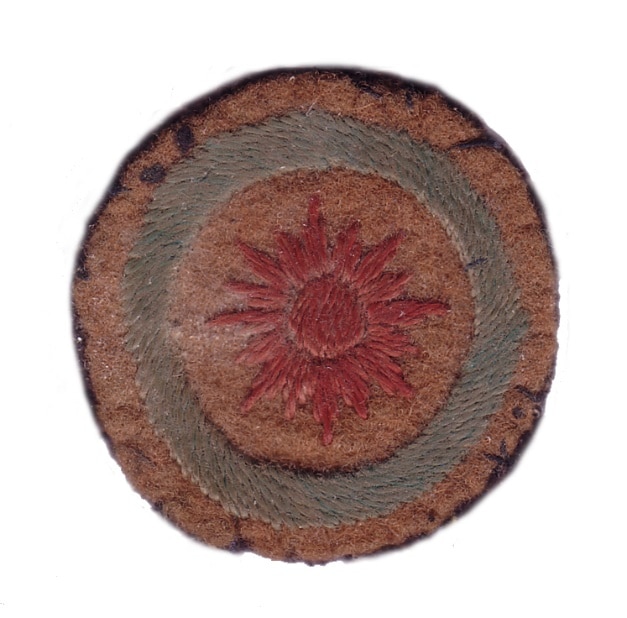 To be awarded a Naturalist badge, a scout had to make a collection of the leaves of thirty different trees, or of sixty species of wild flowers, ferns, or grasses, dried and mounted in a book and correctly named.

Make coloured drawings of twenty flowers, ferns, or grasses from life, or twelve sketches from life of animals and birds. Original studies, as well as the finished pictures, to be submitted.

Name sixty different kinds of animals, insects, reptiles, or birds in a museum or zoological garden, or from unnamed coloured plates, and give particulars of the lives, habitats, appearance, and markings of twenty of them.

Describe the habits, and recognise by their songs, calls, or voices thirty different kinds of birds or animals. 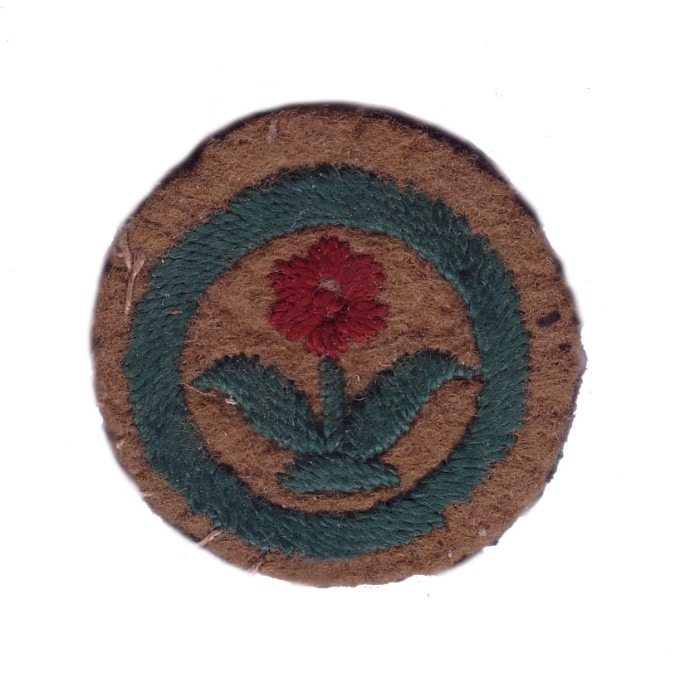 To qualify for a Gardener badge, a scout had to dig a piece of ground not less than 12 feet square; plant and successfully grow six kinds of vegetables or flowers from seeds or cuttings. Know the names of a dozen plants pointed out in an ordinary garden, and understand what is meant by pruning, grafting, and manuring to the satisfaction of an examiner. 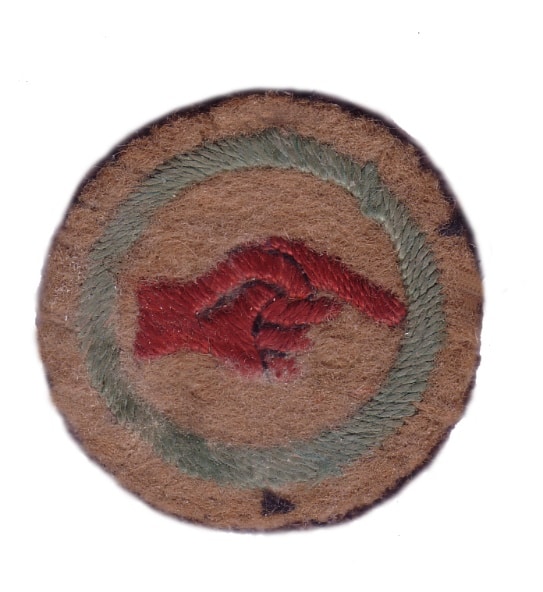 To be awarded a Pathfinder badge, a scout had to know every lane, bye-path, and short cut for a distance of at least two miles in every direction around the local Scout’s headquarters in the country, or for one mile if in a town, and have a general knowledge of the district within a five mile radius of his local headquarters, so as to be able to guide people at any time, by day or night.

The scout also had to know the general direction of the principle neighbouring towns for a distance of twenty-five miles, and be able to give strangers clear directions how to get to them:

In the country, in a two mile radius, the scout had to know the names of the different farms, their approximate acreage, and stock; or in town, in a half mile radius, know the principal livery stable, corn chandlers, forage merchants, bakers and butchers:

The scout had to know, in town or country, where the police stations, hospitals, doctors, telegraph, telephone offices, fire engines, turncocks, blacksmiths, job-masters, and factories where over a dozen horses are kept.

The scout was also expected to know something of the history of the place, or of any old buildings, such as church or castle.

According to instructions to scout leaders at the time, as much as possible of the above information should be entered on a large scale map for permanent reference at the Local Headquarters. In towns where there are undesirable streets or localities, Associations may, with the consent of the Commissioner, vary the half-mile radius around the local Scouts Headquarters, so as to exclude such undesirable localities.

I am grateful to the Scouting Association for providing details of the qualifications needed for all the proficiency badges of the early period of scouting. There were many badges awarded at this time, but I have only referred to the ones in my family collection. Some badge qualifications may seem easier to achieve than others, however I suspect that to be successfully awarded a badge, each scout had to demonstrate he had rigorously applied himself to the task in hand. Whilst undertaking this research I have come to the conclusion that being awarded one of these badges was not a token gesture, the knowledge gained in earning a badge taught skills that could and would be used in adult life. What could not have been known 100 years ago was that skills needed in life would change and many of the skills important then, are no longer considered so important today. For example, many adults today would just use a sat-nav to navigate their way around, and who repairs their own boots or shoes nowadays? 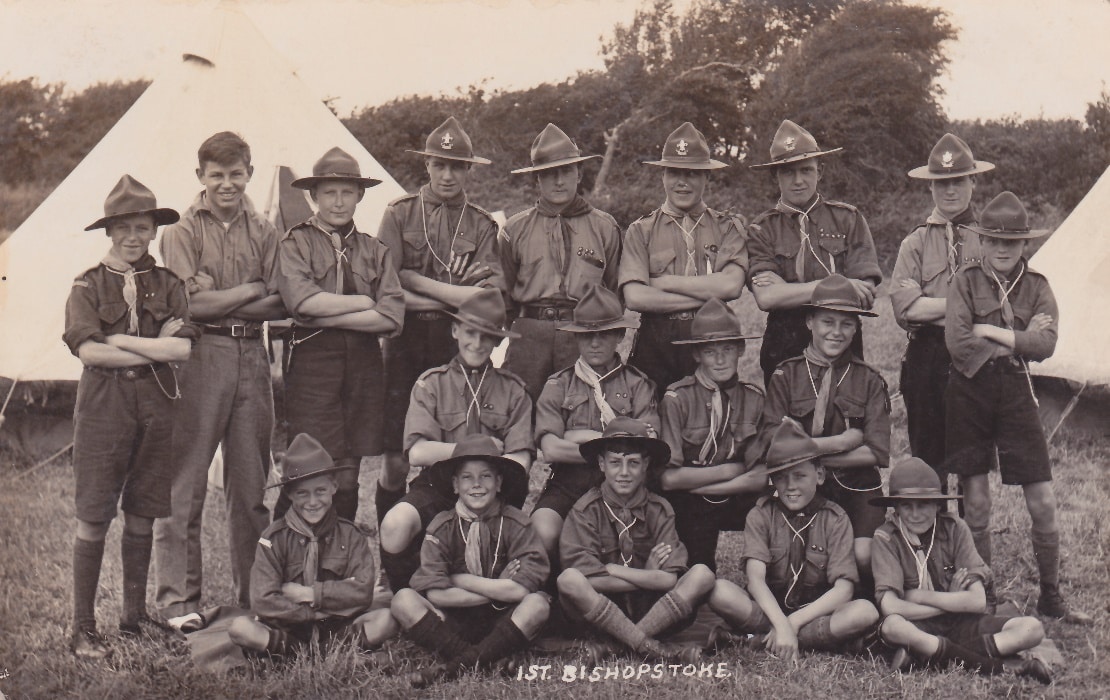 This is a picture of the 1st Bishopstoke Scout Troop, believed to have been taken some when in the 1920s, and presumably at a summer camp. 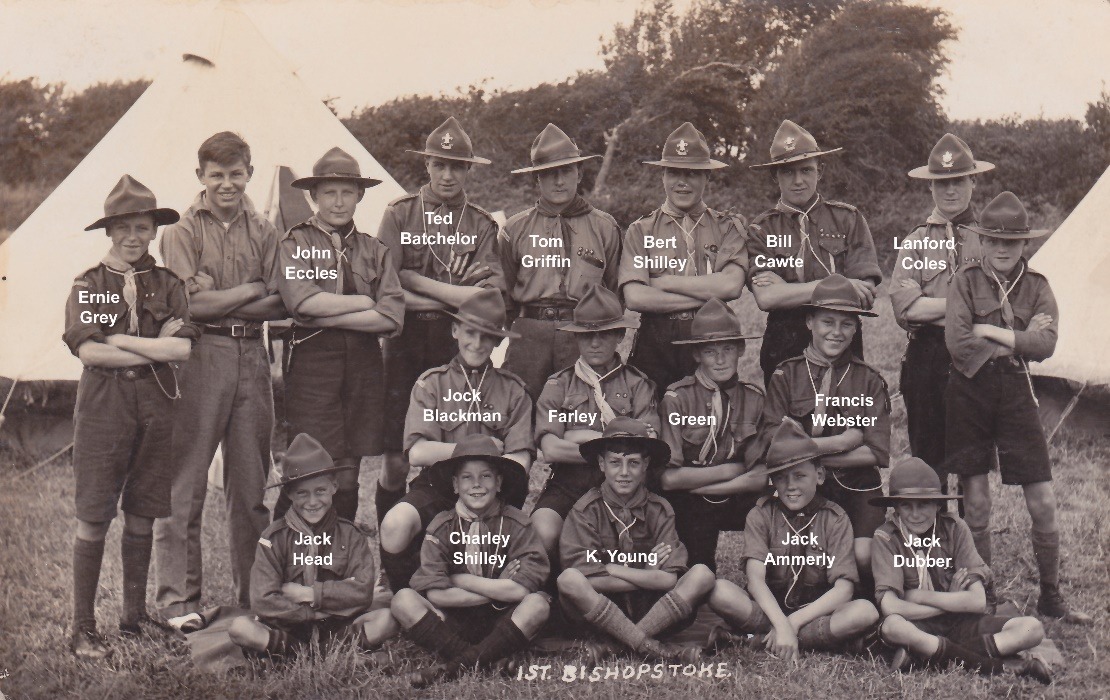 The back of the photo had some of the names inscribed and they have been added to the picture in the hope that they may be recognised by a family member. 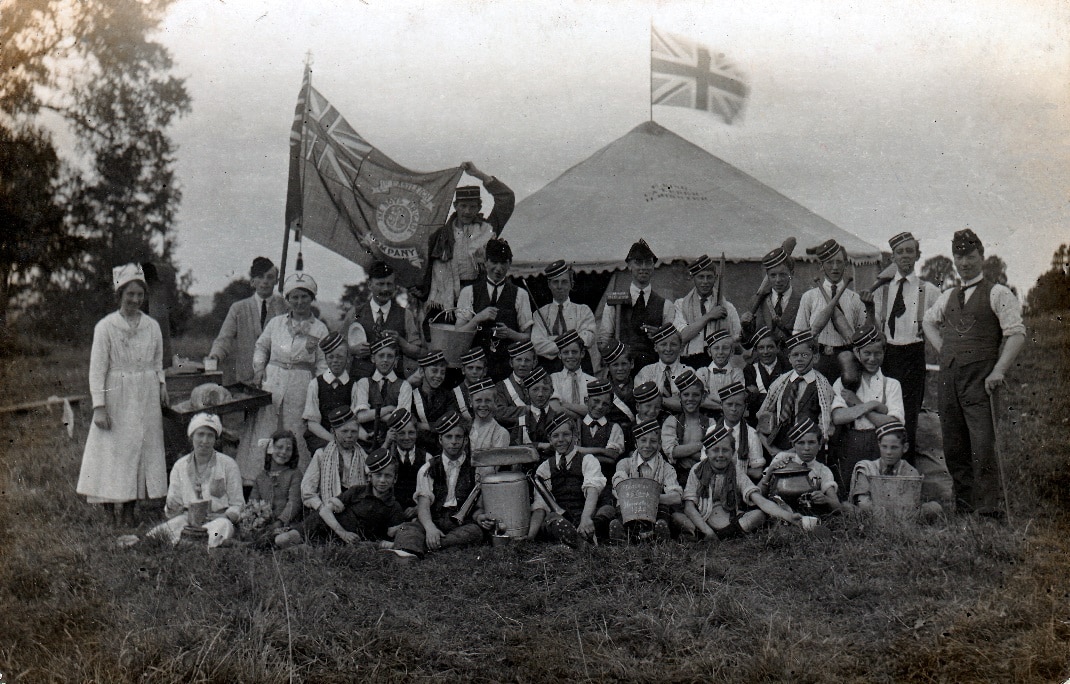 I have included this picture of Eastleigh Boy’s Brigade at a summer camp in 1920. Unfortunately, I cannot decipher the location of the camp which is written on the bucket. If you zoom into the two boys by the bucket you can see that they are wearing hob-nailed boots, which featured in qualifying for the scout’s leather worker badge. You don’t see hob-nailed boots nowadays. 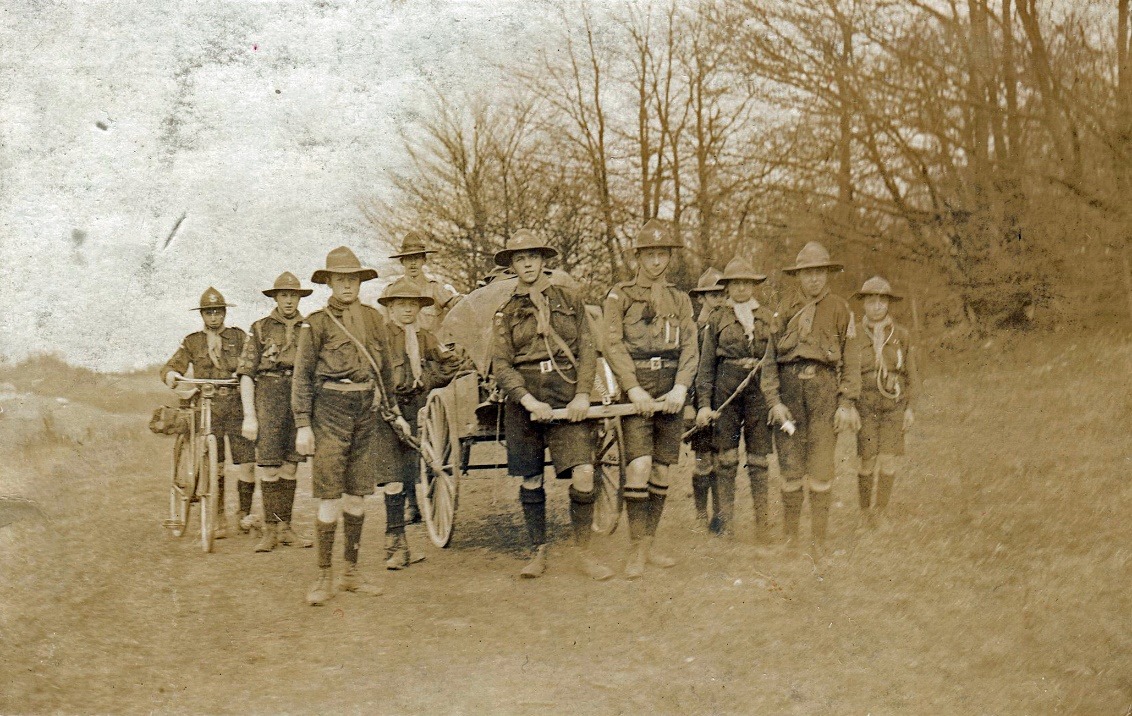 I have attached some pictures of what I believe is an early Scout Troop from Eastleigh, probably taken in the late 1930s. They were from a collection which once belonged to Edward Walter Pellow who lived in Passfield Avenue, Eastleigh. He was born in 1927. 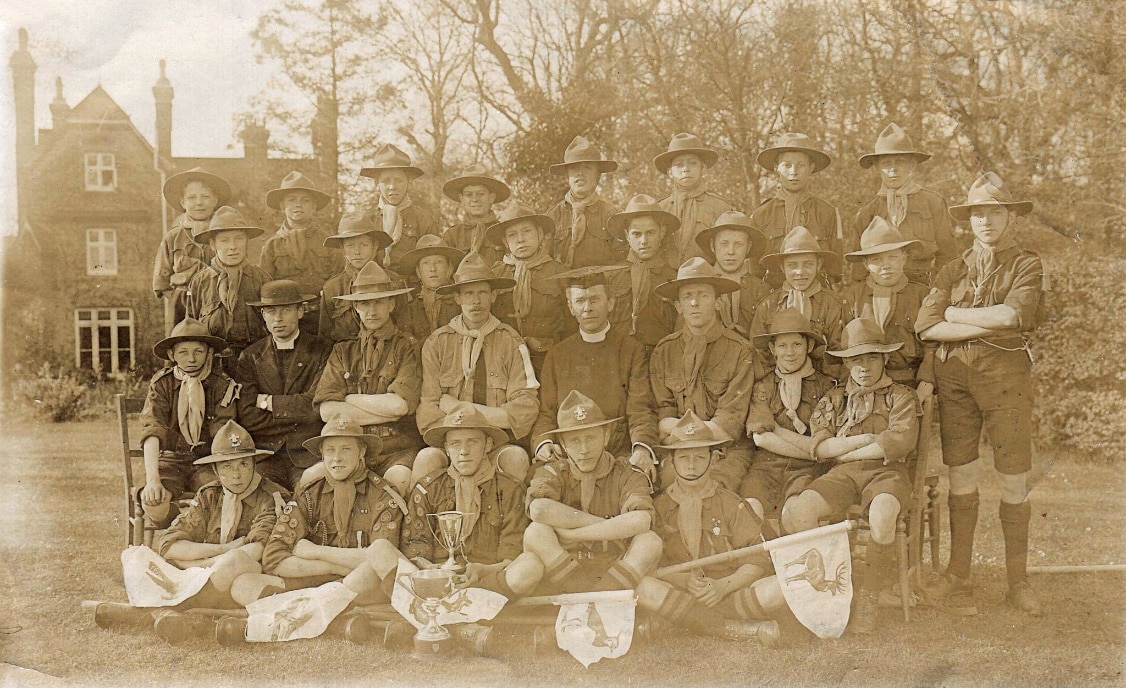 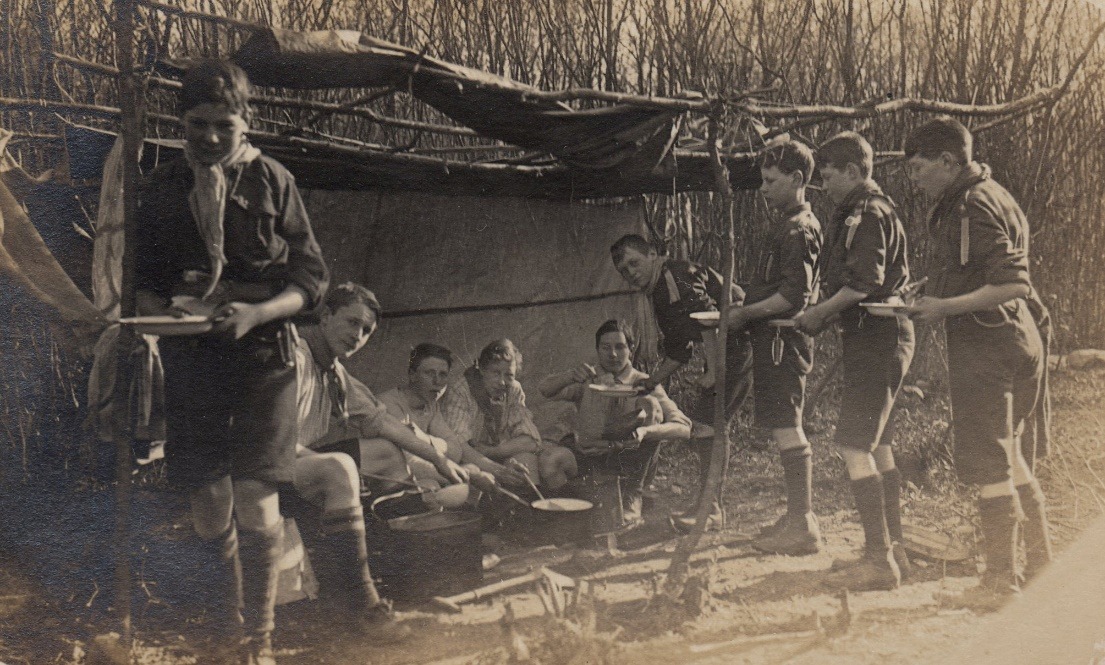 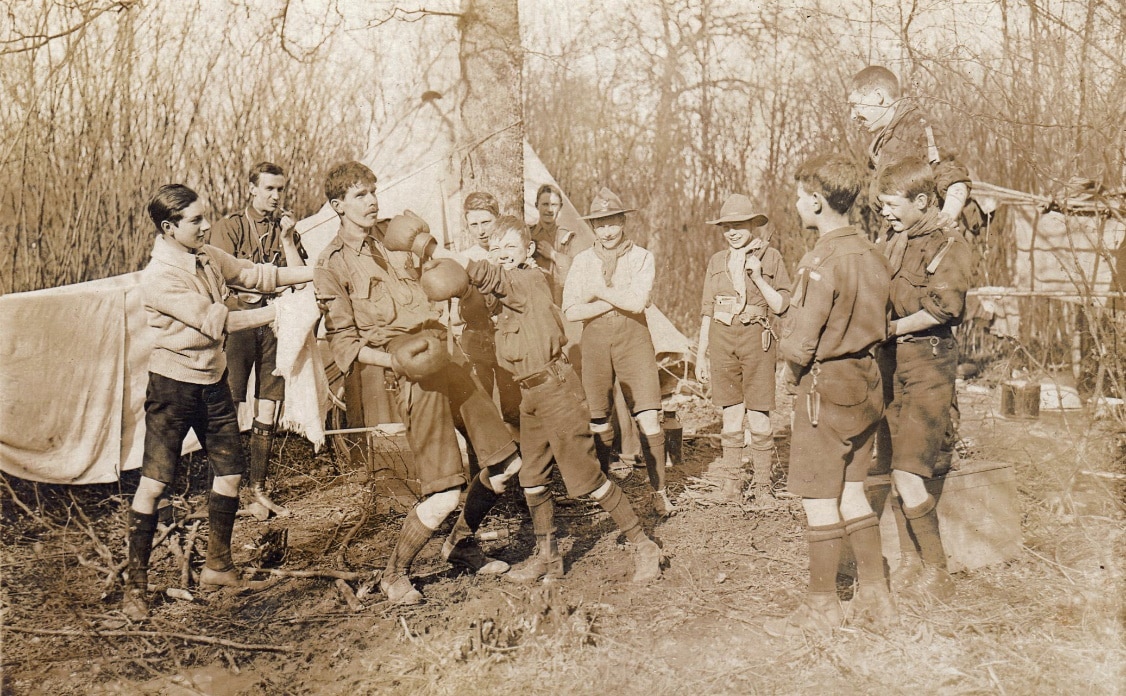 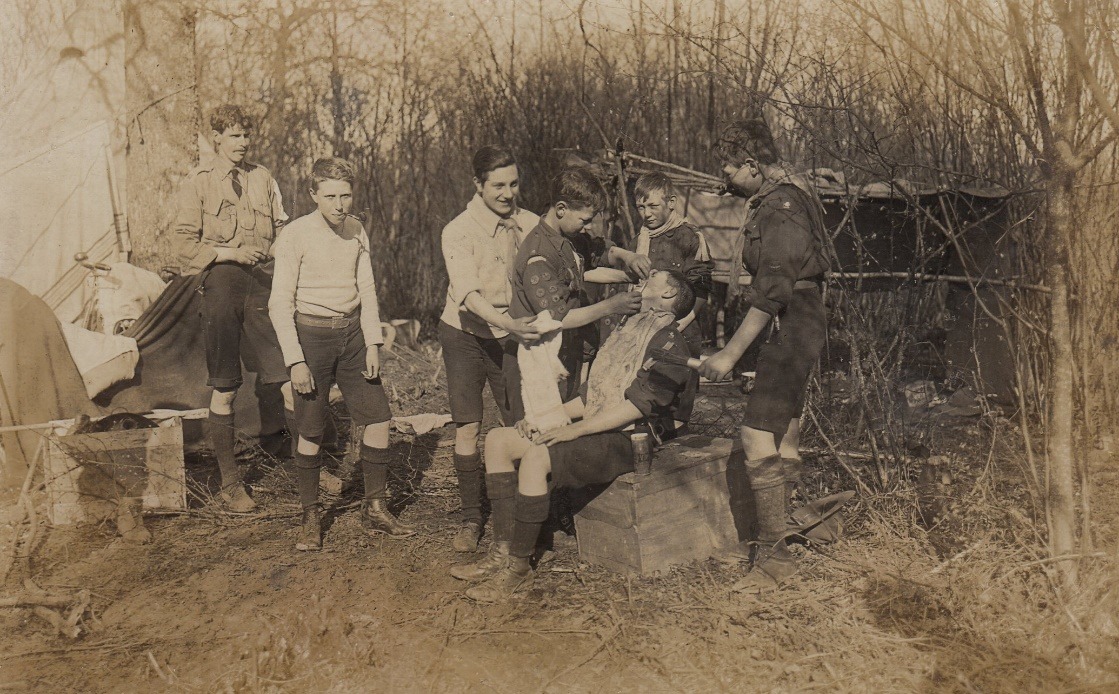 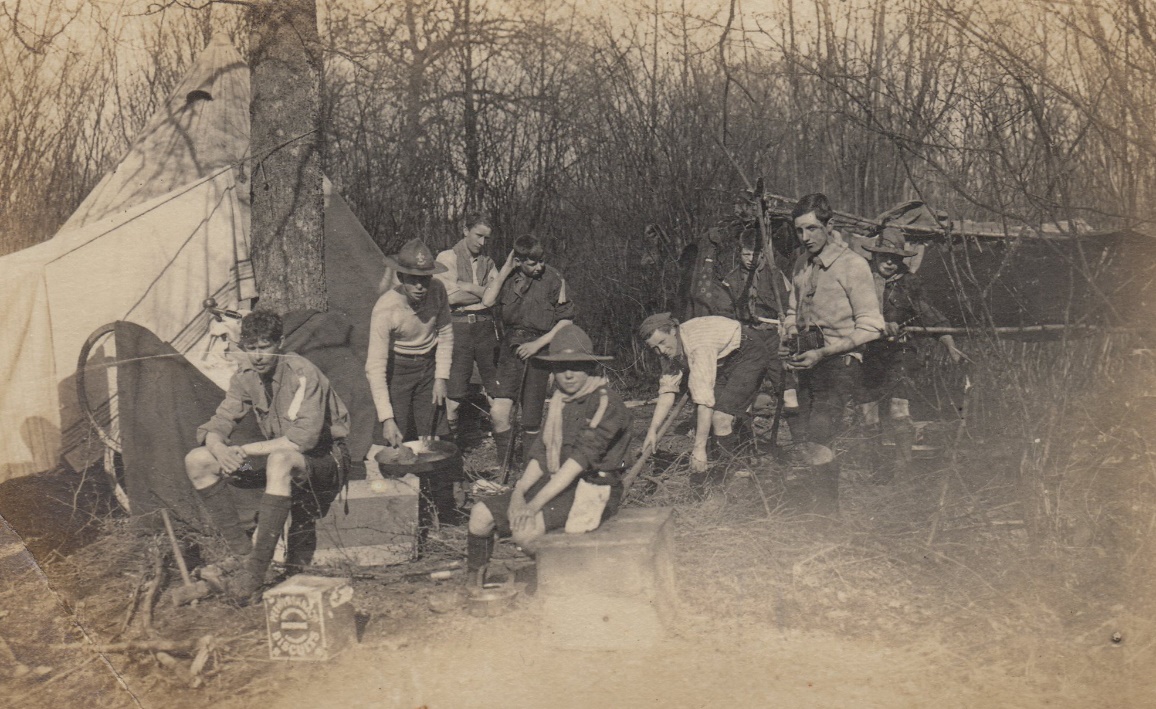