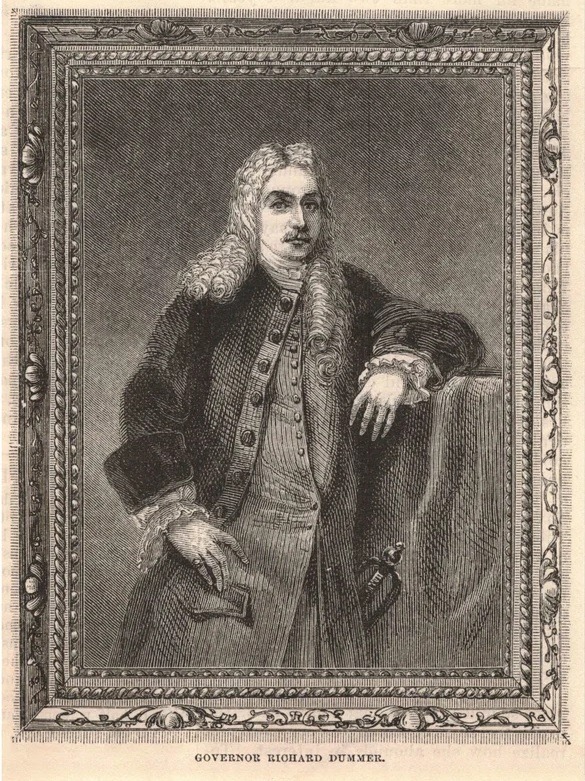 Richard Dummer (c.1589—14 December 1679) was an early settler in New England who has been described as “one of the fathers of Massachusetts”. Richard Dummer was born in Bishopstoke, c. 1589, the son of Thomas and Joane Dummer. As the parish registers have been lost, there is no record of his birth or baptism. He trained as an attorney and was involved with his brothers in maritime import and export from the nearby port of Southampton, becoming a competent seaman and attaining the status of “Master “. He made his fortune as a trader. He was a Puritan, which at times was contrary to the Established Church and the Monarch. He emigrated to the Massachusetts Bay Colony, becoming a founding father there, setting up a stock company, acquiring estates, and establishing a milling business. His eldest son was slain by Indians. Another of his sons was the first American-born silversmith. His grandson William was Governor of the Province of Massachusetts Bay and instrumental in bringing to an end the Indian Wars, and bequeathed his estates to trustees for the establishment of what became the Governor Dummer Academy, the first school of its kind in the province. Dummer had become closely associated with the radical Puritan malcontent Stephen Bachiler, who wanted to take his flock at Newton Stacy (near Wherwell Hants.) to New England. Bachiler married Helena Mason, the widow of Revd. Thomas Mason of Odiham and Dummer married Mary Jane, the daughter of Helena and Thomas Mason. Dummer was involved with Bachiler and others in the setting up of a joint stock company, “The Plough Company “, to plant working colonists in New England. Although not a member of the religious Company of Husbandmen, Dummer was persuaded by Bachiler to help finance the enterprise. Described as “a man of breadth and ability”, his connections must have been valuable to the struggling company. Accordingly, he outfitted a small ship, The Plough, which sailed for Massachusetts with 80 people in 1631. He then sailed with his new wife, Mary, for Boston on The Whale, arriving on 24 May 1632. Upon his arrival he found that the project had collapsed. He set out to salvage the company, and through the Massachusetts courts he seized the remaining material and assets of the whole group, and eventually all the Plough Company’s patents, to the anger of some of the investors back in England. In 1643, Dummer sold the patents through George Cleeve to Alexander Rigby, one of Cromwell’s commanders. Dummer was the only person who derived a profit from the defunct Plough Company. In 1631, prior to his first going to New England, he charged a close called “ Five Acres” with the payment of 40 shillings per annum, out of his lands in Bishopstoke, for the use of the poor of the parish at Michaelmas (29th. September) and Lady Day (25th. March) forever.
His second trip was in 1638 aboard the Bevis when he sailed with his family and Brother Stephen and his family. Dummer died in Newbury, Essex, Massachusetts on 14 December 1678/9. 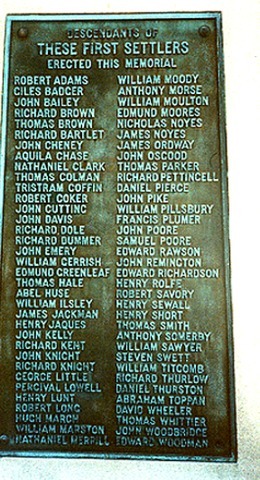