THE OLD BLACKSMITH’S SHOP AT STOKE COMMON by George Morris 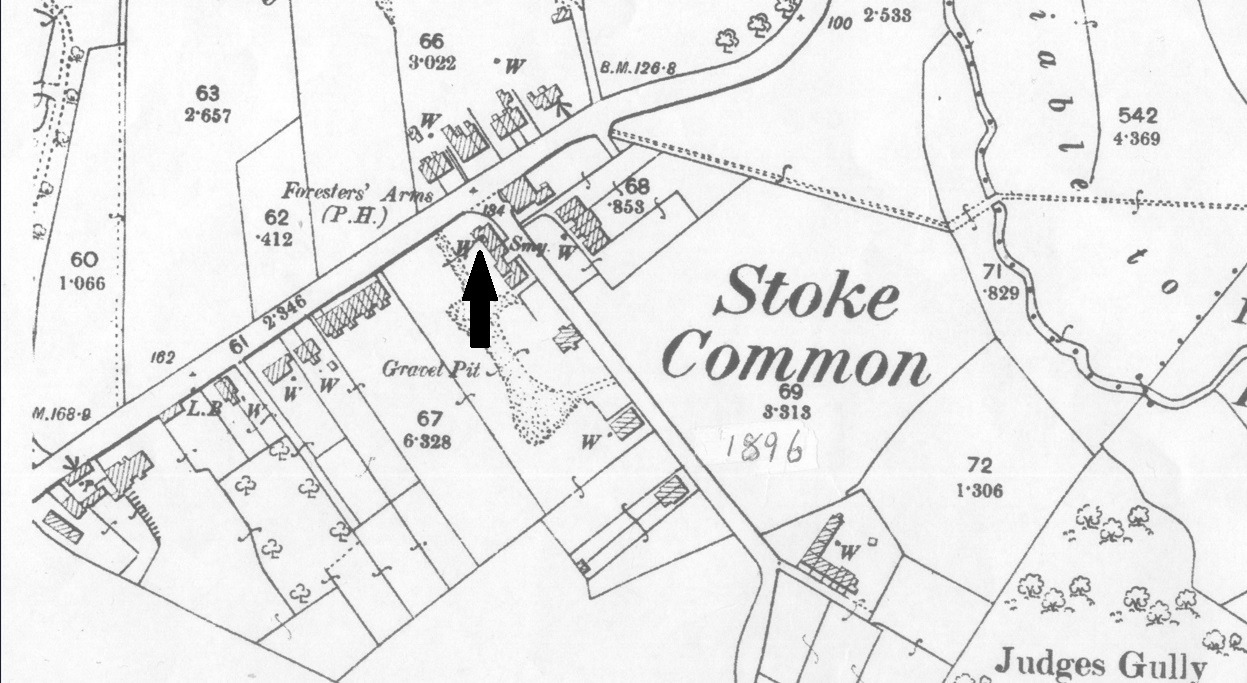 I don’t know how long ago the old blacksmith’s shop was pulled down but I remember it from 1923, when I was 9 years old. It was old even then, indeed it looked as though it had been there from time immemorial – almost as if it had grown there. It was situated just in Stoke Common Road, almost opposite the Forester’s Arms. My Grandfather, who farmed Highbridge at that time, and my Father, who later farmed Breach Farm, took their horses there to be shod and often had machines repaired and hoes and other hand tools made. My earliest recollections were when one of our cart horses needed a new set of shoes. A sack was put on his back, I was given a leg up, handed the reins and told “Let him go quietly, Nipper, and you’ll be alright”. I went up to Brambridge, past the Dog and Crook and through the lanes up to Stoke Common. Needless to say, there was very little traffic around in those days. I remember the smith, Mr Billy Woodford, greeted me with, “So you wants a new set of shoes, then boy”. I replied, “No Mr Woodford, I want some for the horse”. He then said “Don’t you be cheeky, young feller, you get down and tie the ‘hoss up to that metal ring in the wall and I’ll see what I can do for you”. Actually, Billy was a nice, kindly man. He was quite a small, grey-haired man but, as I came to know, he was deceptively strong and he had great skill in handling horses. His son, Basil, worked with him but was more of a blacksmith. His father was the shoeing smith. Where the shoeing took place was an open, brick-floored area adjacent to the smith’s shop. 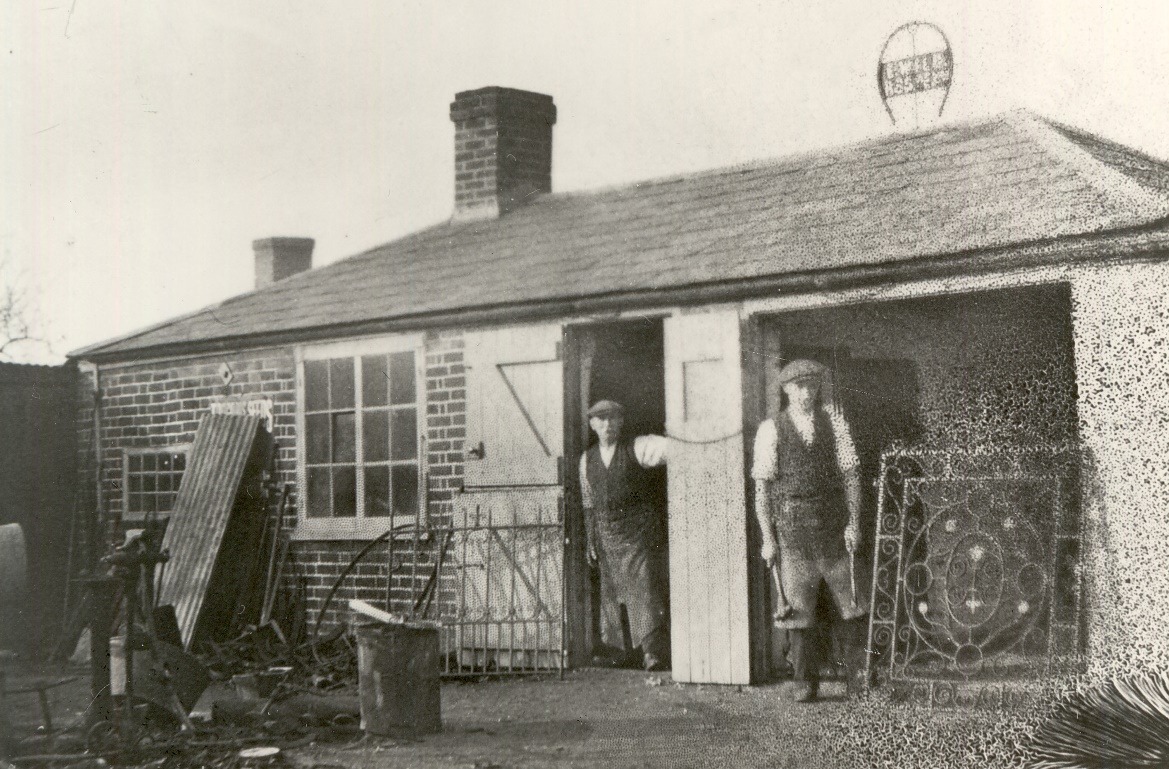 (This is not the smithy at Stoke Common but is similar in appearance.)

The shop had a hard, earth-packed floor and the whole interior tended to look quite dingy. There were two smallish windows with panes that were invariably dusty and often festooned with cobwebs. There were workbenches along two walls and these were littered with specialist tools, odds and ends of metal and articles in the process of being repaired. On the walls were hung sets of horseshoes ready made for the horses of the district. Much skill was needed in the shoeing. It would have been so easy to injure a horse’s foot and a bad fitting shoe could cause lameness. I never knew this to happen to any of Billy’s or Basil’s work. The shop centre was where all the preliminary work was carried out. The forge was a large brick-built square in the centre of which was the fire. A broad metal chimney rose above it to take away smoke, steam and fumes. Up in the rafters were many odd lengths of iron, from which was selected the material for the next job. The dust, rust and cobwebs all contributed to the murky atmosphere, but this was unavoidable and even added to the thrill of seeing an age-old occupation become real. Among the many jobs carried out was re-tyring cart and wagon wheels, the iron tyres of which had become loose by the shrinking of the wood in the hot, summer suns. It would be impossible for me to describe the many jobs those two smiths undertook. There are just two, however, that I will mention. The iron scroll gates at the entrance to St Mary’s Church in Bishopstoke is one, 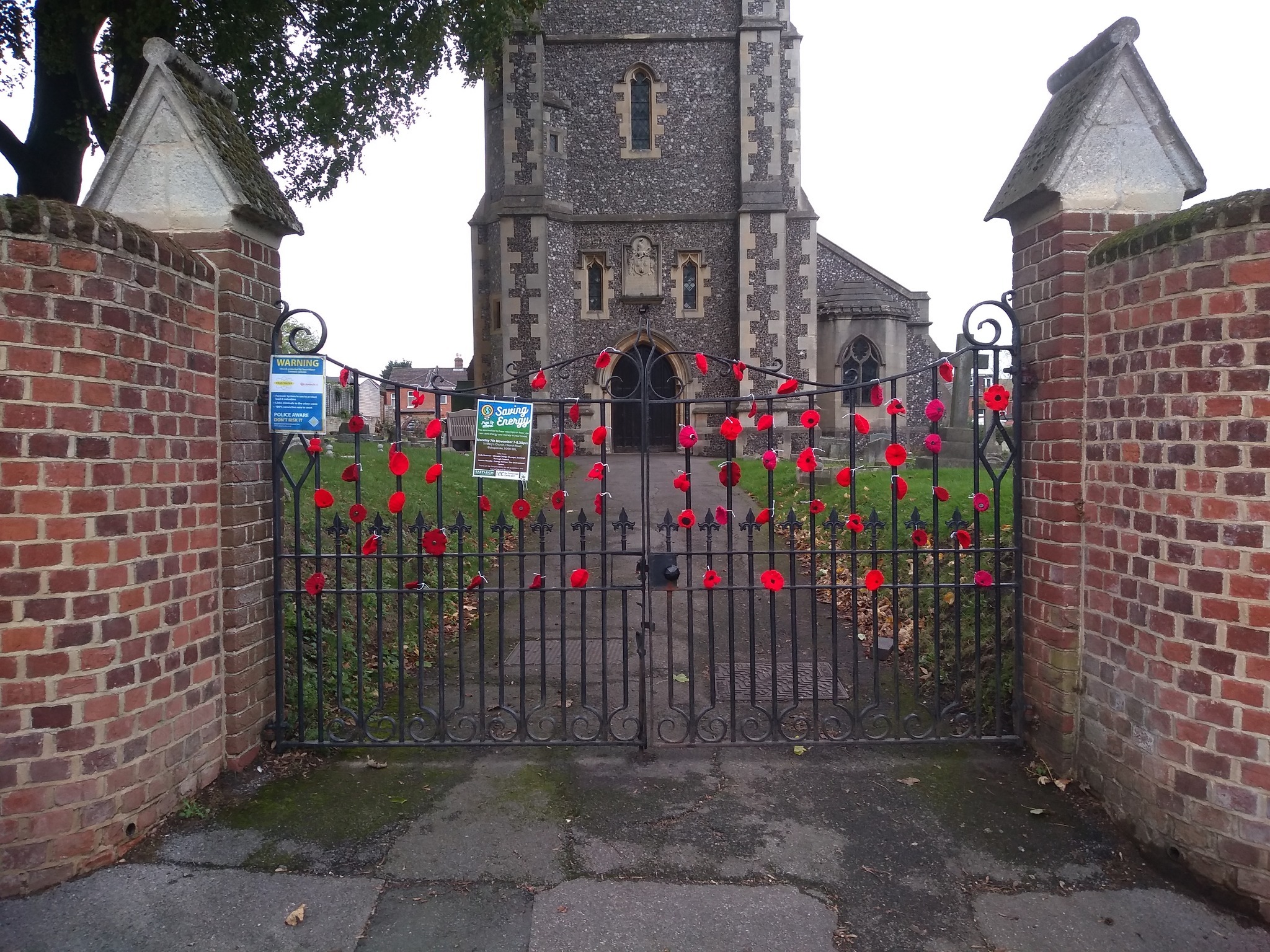 the other, a large grid which was fixed across the river immediately above Shear’s Mill. This was to stop debris getting into the underwater machinery. This often happened when the river was in spate from winter rains. Sadly, the mill is no longer there. (demolished in 1931) I recently stood by the Forester’s, looked across the road and visualised the little, old, low blacksmith’s shop, with its tiled roof, murky windows and the open area where we used to tie the horses. I saw, too, those two characters, Billy and Basil who always had a smile and a good word for a young whippersnapper coming for a set of new shoes! Incidentally, the whole Woodford family attended the little Bible Christian Chapel, down the road, known as “The Chapel in the Garden”. The older Woodfords have now all gone and the Chapel is used as a store. To one who can look back to his first visit over 70 years ago, this is very sad. 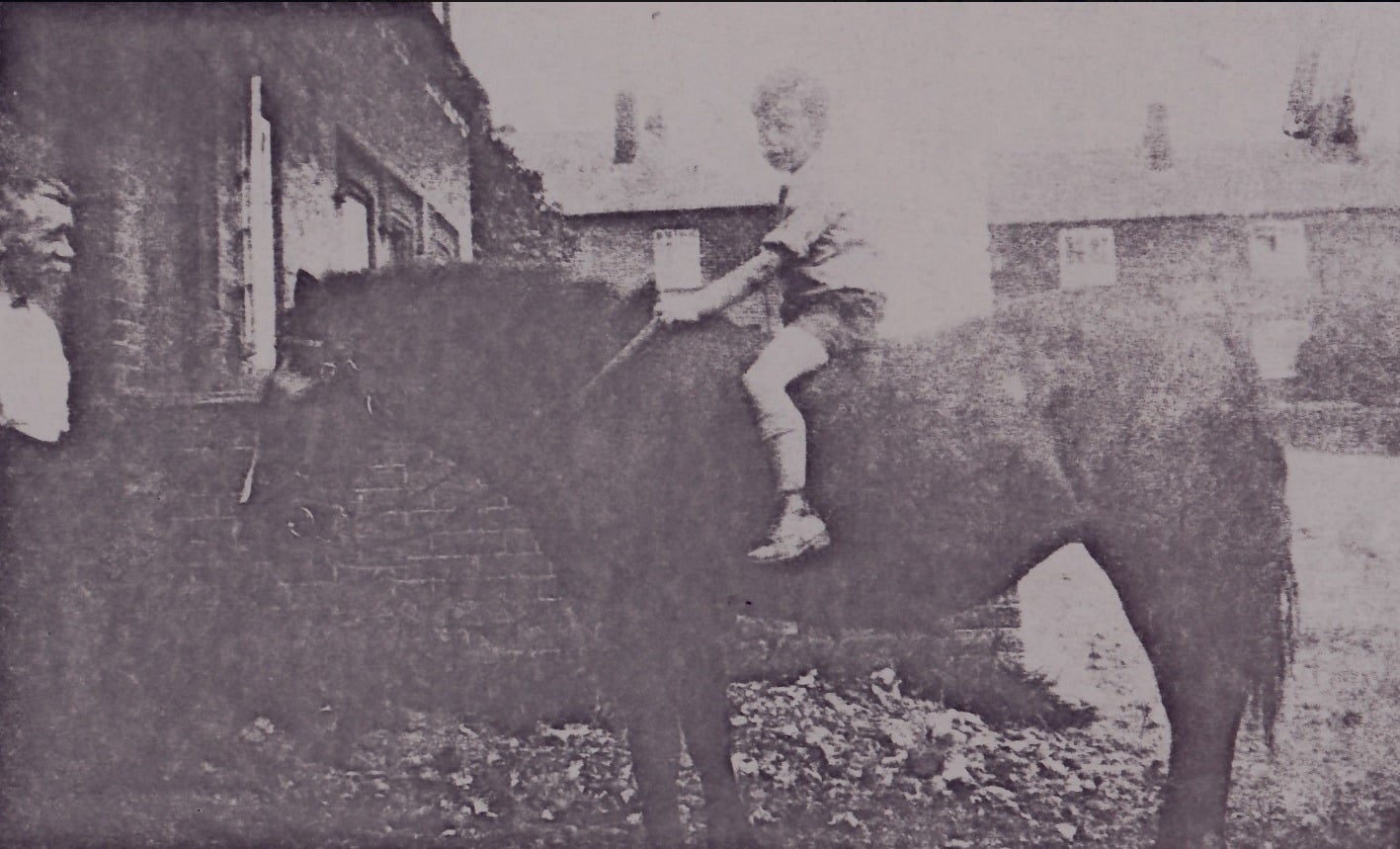 Blacksmith John Woodford with one of his sons outside the Smithy at Stoke Common.