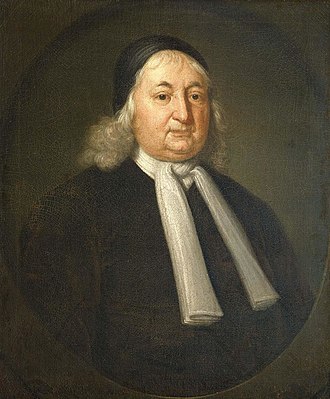 He was a judge, businessman, and printer in the Province of Massachusetts Bay, best known for his involvement in the Salem Witch trials, for which he later apologized, and his essay “ The selling of Joseph” (1700), which criticized slavery. He served for many years as the chief justice of the Massachusetts Superior Court of Judicature province’s high court.

He was born in Bishopstoke, on March 28, 1652, the son of Henry and Jane Dummer. His father, son of the mayor of Coventry, had come to the English North American Massachusetts Bay Colony in 1635, where he married Sewall’s mother and returned to England in the 1640s. The Sewall’s again crossed the Atlantic in 1661, settling in Newbury, Massachusetts. Samuel arrived in the colonies as a child, his education was towards becoming a minister, having earned several degrees in theology from Harvard College Cambridge. Sewall received his first degree, a BA, in 1671, and his MA in 1674. In 1674 he served as librarian of Harvard for nine months, the second person to hold that post. However, his marriage to the daughter of a prosperous Boston family changed those plans and he would instead become a wealthy and highly respected merchant and later enter politics. In 1674, he began keeping a journal, which he maintained for most of his life; it is one of the major historical documents of the time. He also entered local politics and was elevated to the position of assistant magistrate in the judiciary. In 1692 he was one of the nine judges appointed to the court of Oyer and Terminer in Salem, charged with trying those from Salem Town and elsewhere who were accused of witchcraft. The Salem witch trials were a series of hearings and prosecutions of people accused of witchcraft in colonial Massachusetts between February 1692 and May 1693. More than two hundred people were accused. Thirty were found guilty, nineteen of whom were executed by hanging (fourteen women and five men). One other man, Giles Corey, was pressed to death for refusing to plead, and at least five people died in jail. His diary recounts many of the more famous episodes of the trials. Sewall was perhaps most remarkable among the justices involved in the trials in that he later regretted his role, going so far as to call for a public day of prayer, fasting, and reparations. Apart from his involvement in the Salem witch trials, Sewall was liberal in his views for the time. In “The Selling of Joseph “(1700), for instance, he came out strongly against slavery, making him one of the earliest colonial abolitionists. The Selling of Joseph was the earliest-recorded anti-slavery tract published in the future United States. He died in January 1, 1730 and is buried at the Granary Burying Ground Boston, Suffolk County, Massachusetts, USA.

Although considered a man of great decency who would later pen one of the first anti-slavery tract in this country in 1710, he would unfortunately be swept along into what is considered by most historians as the darkest period of American history, the Salem witch trials of 1692, in which he was appointed as a judge to the court of Oyer and Terminer. Having kept a diary from 1673 to 1729, his entries and other writings are considered by historians as an invaluable source of what life was like in Colonial Massachusetts. His writings during the five years following the trials showed great remorse for his part in condemning 19 innocent people to their death. He was the only magistrate to ever concede personnel guilt for his part in the trials. He was a judge of the superior court of the colony from 1692 to 1728, the last ten of these years serving as chief justice.

Sewall Drive is named after him. 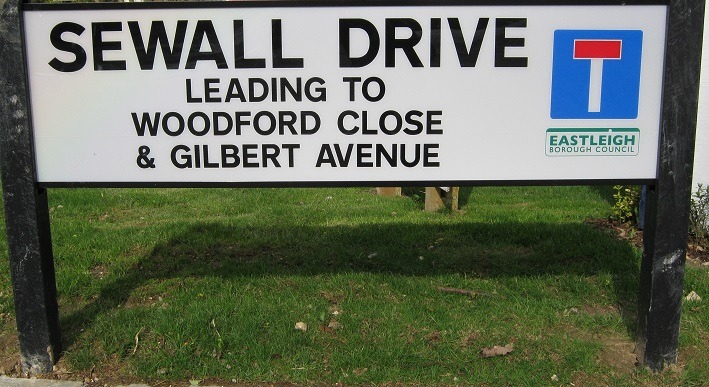