A famous person born in Bishopstoke was Henry Hamilton Bailey 1894-1961. A British Surgeon, he has been claimed as one of the greatest influences of the century on British undergraduate surgical teaching 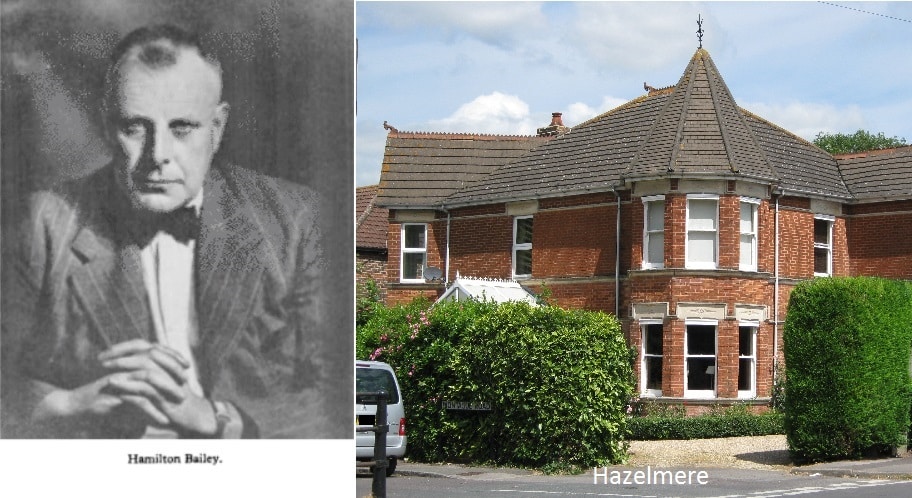 Henry Hamilton Bailey (1 October 1894 – 25 March 1961) was a British surgeon. Bailey became one of the most influential authors of surgical textbooks in the 20th century. When publishing and perhaps for much of his working life, he dropped his first name, becoming Hamilton Bailey. He was a pioneer in the use of illustrations and photographs in surgical textbooks. He has been claimed as one of the greatest influences of the century on British undergraduate surgical teaching.

His father was Dr. Henry James Bailey MB, MS (Edin), a medical missionary, who returned to England after the death of his 2 day old first son and set up a General Practise in Bishopstoke, where Hamilton was born on October 1st. 1894. The family lived at “Hazelmere” the house on the corner of Montague Road and Scotter Road. The family moved to Southport two years later.

As a fourth year medical student in 1914, he volunteered as part of the 1st Belgian Unit as a dresser in the British Red Cross. In the same year, he was captured and made a prisoner of war. As a prisoner of war he was sentenced to death for suspected sabotage, but following an American intervention was released by the Germans along with other medical and nursing staff. He subsequently became a temporary surgeon with the Royal Navy, serving board, HMS Inflexible, HMS Monitor 19.

After the war, while working as a surgical registrar, he suffered an infection following a finger injury while performing surgery, eventually leading to amputation of his left index finger. His first independent post was as a surgeon to Dudley Road Hospital Birmingham (1926) , where many of the photos that would illustrate his first book were taken. He left in 1930, soon joining the staff of the Royal Northern Hospital, London. He was also a Hunterian Professor at the Royal College of Surgeons and a vice-president of the International College of Surgeons.

He married a photographer, Vera Gillender, in 1925, who collaborated with him in the production of photographs for his books. Hamilton and Vera had one son, who died aged 15 in a railway accident while returning from evacuation in the north of England.

Hamilton was incarcerated for three years in 1949 for a mental condition involving mania and paranoia, which was eventually successfully treated with lithium therapy.

On retiring Hamilton Bailey bought a house at Malaga, Spain, but died there a year later of an intestinal obstruction (or subsequent surgical complications) secondary to colonic carcinoma, on 25 March 1961 in Malaga, aged 66. 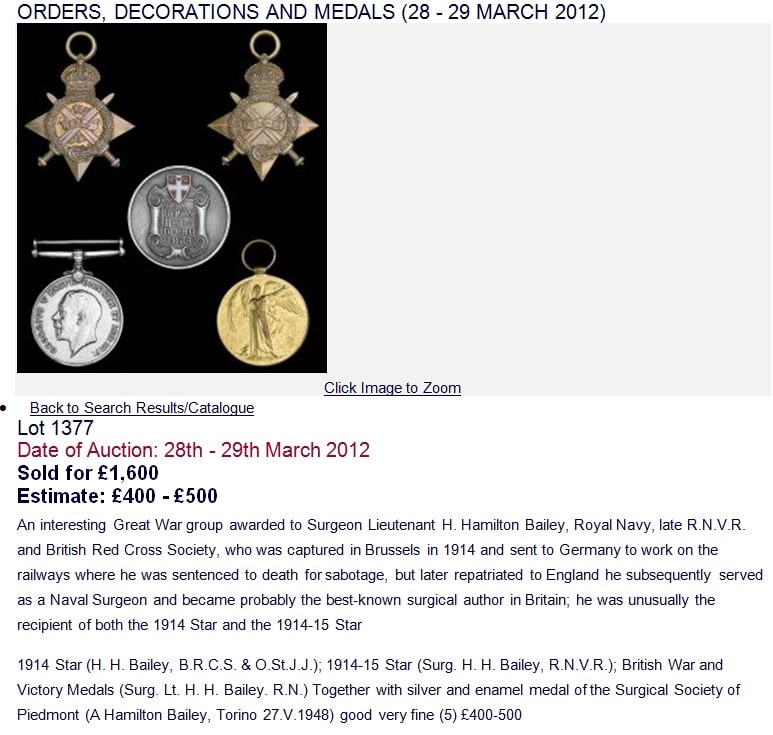