(An article by Brian Blighe, first published by the West End Local History Society, in their Magazine – Westender, Volume 4, Number 12, in August 2005, and reproduced by Chris Humby, with their kind permission, in 2022). 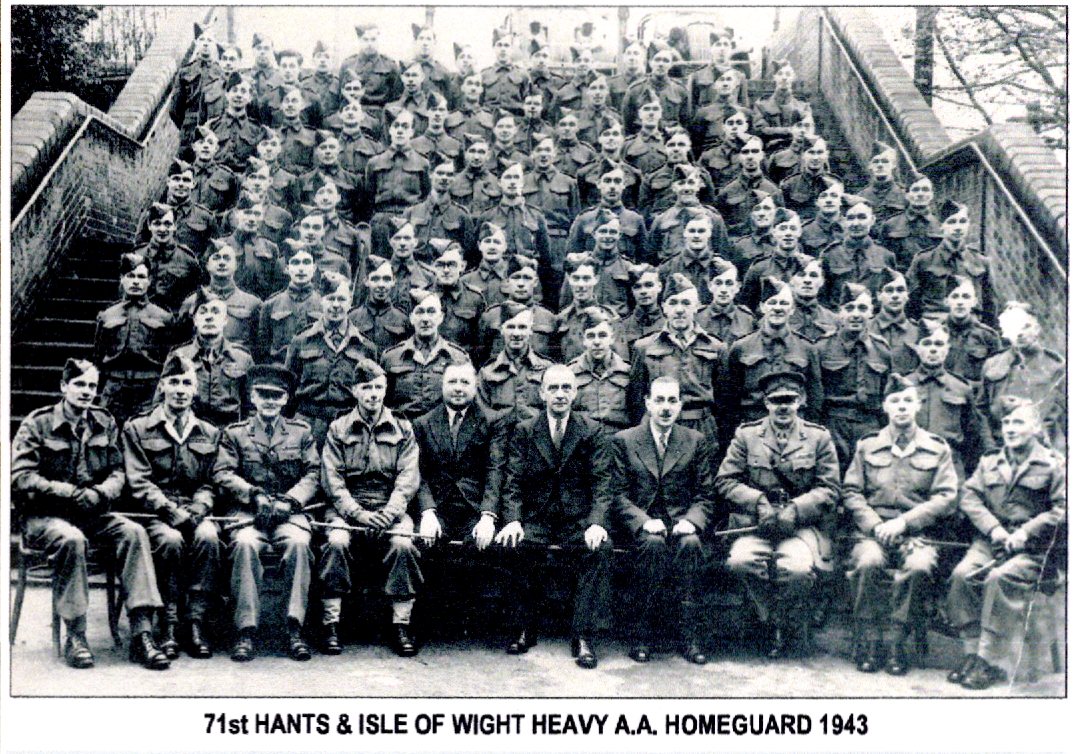 An account by Eric Gamblin of his WWII experience, as told to Brian Blighe.

Eric started work as a steam hammer driver in the carriage workshop at the age of 14 for 12 shillings (60p.) per week. “I was told to report to the Southern Railway Works in Eastleigh just as the Germans started swanning through Europe. In January 1941 we had the only casualties in the Works when five ambulancemen were killed by bombs on the works—one would have been my sister’s father-in-law had he lived. The HE111 (twin-engine Heinkel Bomber) that dropped the bombs was in trouble and crashed between Allington Lane and Horton Heath”.

In 1941 Eric’s father was injured repairing bomb damage on Southampton Central Station and died some weeks later during a heavy raid. By adding to his age, Eric was accepted in the Home Guard as a member of the 71st Hants & Isle of Wight Heavy Anti-Aircraft Unit and went to Hayling Island for training, firing A.A. guns out to sea. “One night in six we spent at the Ack-Ack gun site in Quob Lane which is still recognisable now. It was a mixed battery with men manning the guns and women the predictors and radar. The Regulars had four 3.7 guns and the Home Guard had two. An army lorry would pick us up at the Railway Works and take us to the site and if the officer was not with us, we would stop at the White Swan for a pint. If the landlord had a sign outside “No Beer” he would let us in for a half an hour and then shut down when we left. I was 16 by then, but if you were in uniform you were served just the same. We had a cooked meal when we arrived which was very good and a cooked breakfast before we left in the morning. We had two Nissan huts for the Home Guard with wooden beds and straw filled paillasse’s. There was a small cast iron stove in the middle and as it could be very cold in the winter, we would fill it with coke ‘till the flue glowed red hot.” “We, in the Home Guard, would just take off our boots and sleep in our uniforms and if the alarm bell went in the hut, we would scramble into our boots put on our tin helmets and race up the track to the gun pit. I was one of the gun layers and I would get in the seat, grab the handles, and follow the indicator’s illuminated dial. The elevation was easy, but the bearing was 360 degrees and you had to make a quick decision on the quickest way round”. 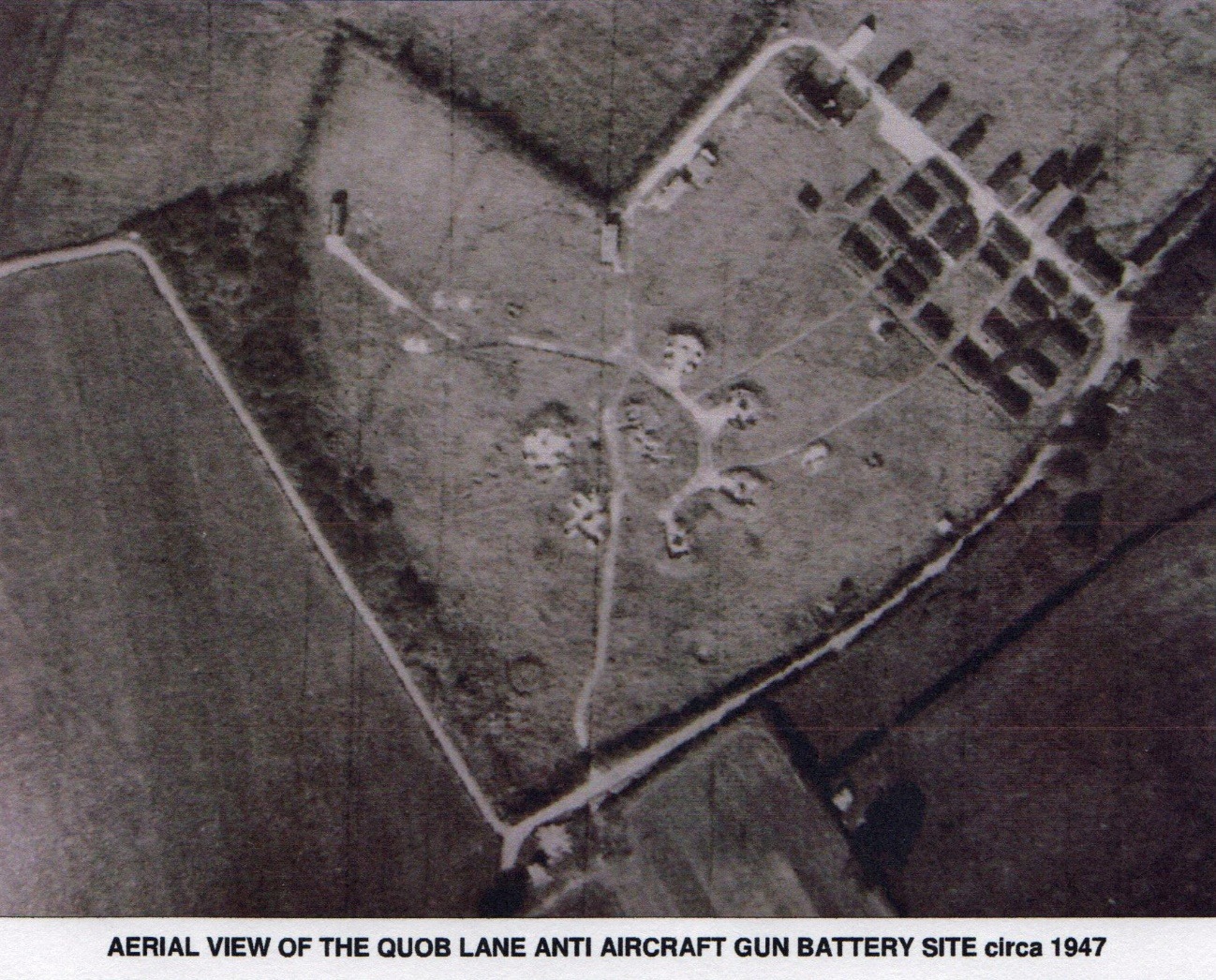 “The man on the Quadrant Elevation would yell out ‘on Q.E.’ and the other ‘on bearing’ and the number one, the sergeant, would shout ‘number 1 gun ready for action’. We always beat the Regulars to it because they had to get dressed and we didn’t!” “When a plane came in range the Command Post would shout ‘Fire!’ and we would keep firing until they ordered us to stop. I remember a plane we engaged coming from the north right overhead and as it passed over, the rocket battery at Netley fired and we heard it dive. We were told that it crashed in the Solent and our battery had got the credit”. “An automatic loader was introduced which doubled the rate of firing, so the loaders had to run around a bit quicker. The elevation went to 85 degrees—we were not allowed to fire below 15 degrees (this would have caused

more damage on the ground than in the air, especially with the increased rate of fire; possibly up to fifty rounds per minute from the six guns). “One night a bomber came straight at us over the Command Post fast and low. The guns were sited in a horseshoe around the slightly higher Command Post. I was on elevation and the officer in the Command Post yelled ‘No.6 gun what’s your Q.E.?’; our sergeant yelled ‘Number three, what’s your Q.E.?’ I yelled back ‘Q.E. one five’, the sergeant yelled ‘Q.E. one five No.6 gun’; then someone shouted ‘Fire!’ So we banged away from 15 degrees until I was up against a stop at 85 degrees and by the time the chap on bearing had traversed the gun 180 degrees the plane had long since gone. All was quiet, then a voice shouted out ‘Congratulations No.6 gun, you shot down an aerial!’ “Later we were told everyone ducked as the first round went over the Command Post”. 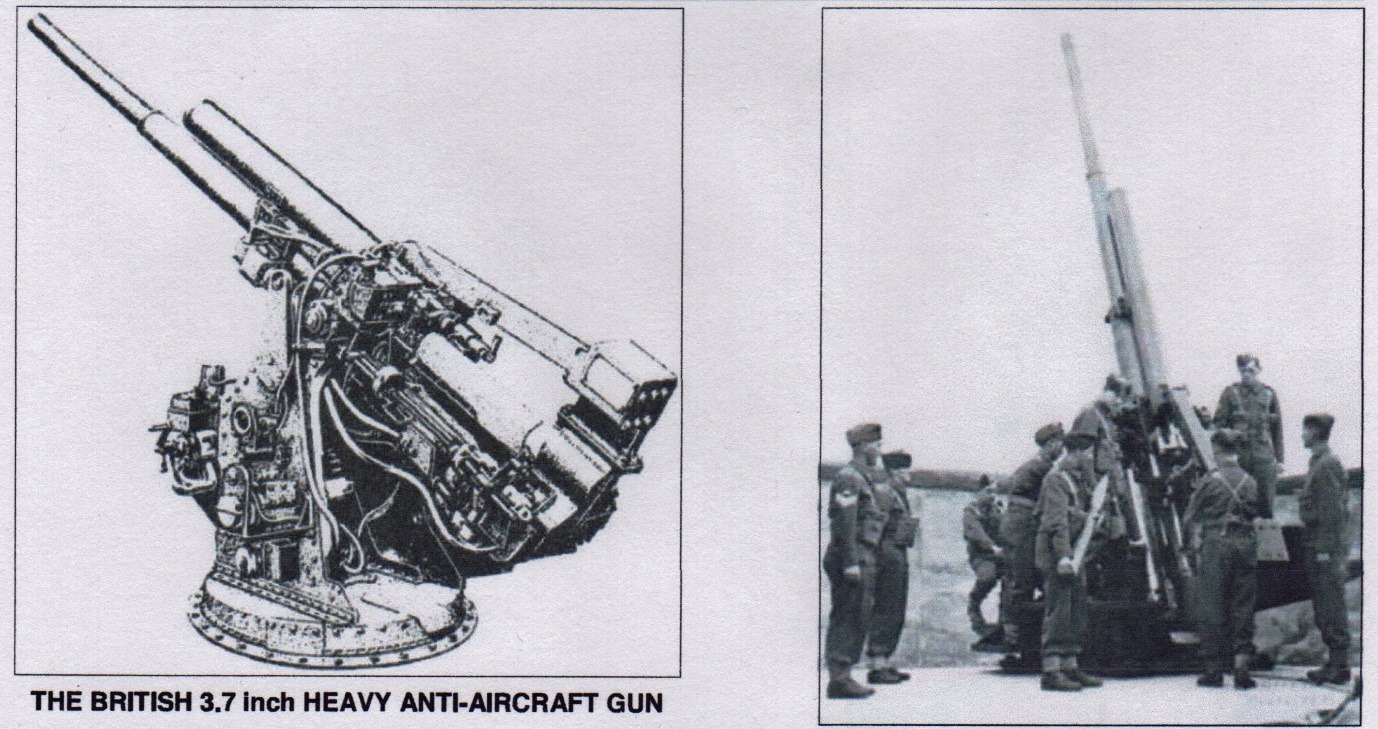 “The radar at that time was very primitive, the aerial was a large horizontal expanse of wire netting about 6 feet from the ground on poles. In the middle was a tiny hut reached by a walkway—two ATS girls manned it. I saw an ‘expert’ on the Second World War say on television how the ATS manned the Ack-Ack guns. This is untrue—the men manned the guns; the girls did the brainy bit!” While Eric was doing his bit, by shooting at the Luftwaffe, he was also on war work in his job as an apprentice plumber in the Eastleigh Railway Works where material for D-Day was being produced including the Horsa Gliders, Landing Craft, Pontoon Bridges and Hospital Trains. “My mate, John, and I worked mainly on Landing Craft, on pipework in the engine rooms. When they were ready, they were taken to the docks and put into the water just about where the Yacht Club is now. We often had to go down and finish small details and had to work on an L.C.S. on the 5th of June 1944. They were a small craft about the size of an L.C.A. with a covered in deck and turret with twin Browning machine guns. The area around the docks in Canute Road was heavily guarded and a job to enter. The dock was filled with all types of landing craft. We did our job and the Coxswain took us out on a trial run down to the Solent. I have never seen so many ships in all my life. Southampton Water and the Solent were crammed full. We did not know it at the time, but they all sailed that night. Next day was D-Day, and around teatime there was a massive armada of gliders taking airborne troops to Normandy. Our battery was on duty that night and we were told there could be a big raid on the docks, so we never went to bed but sat on the guns all night. We had one warning but nothing happened, and we had a long cold night”. 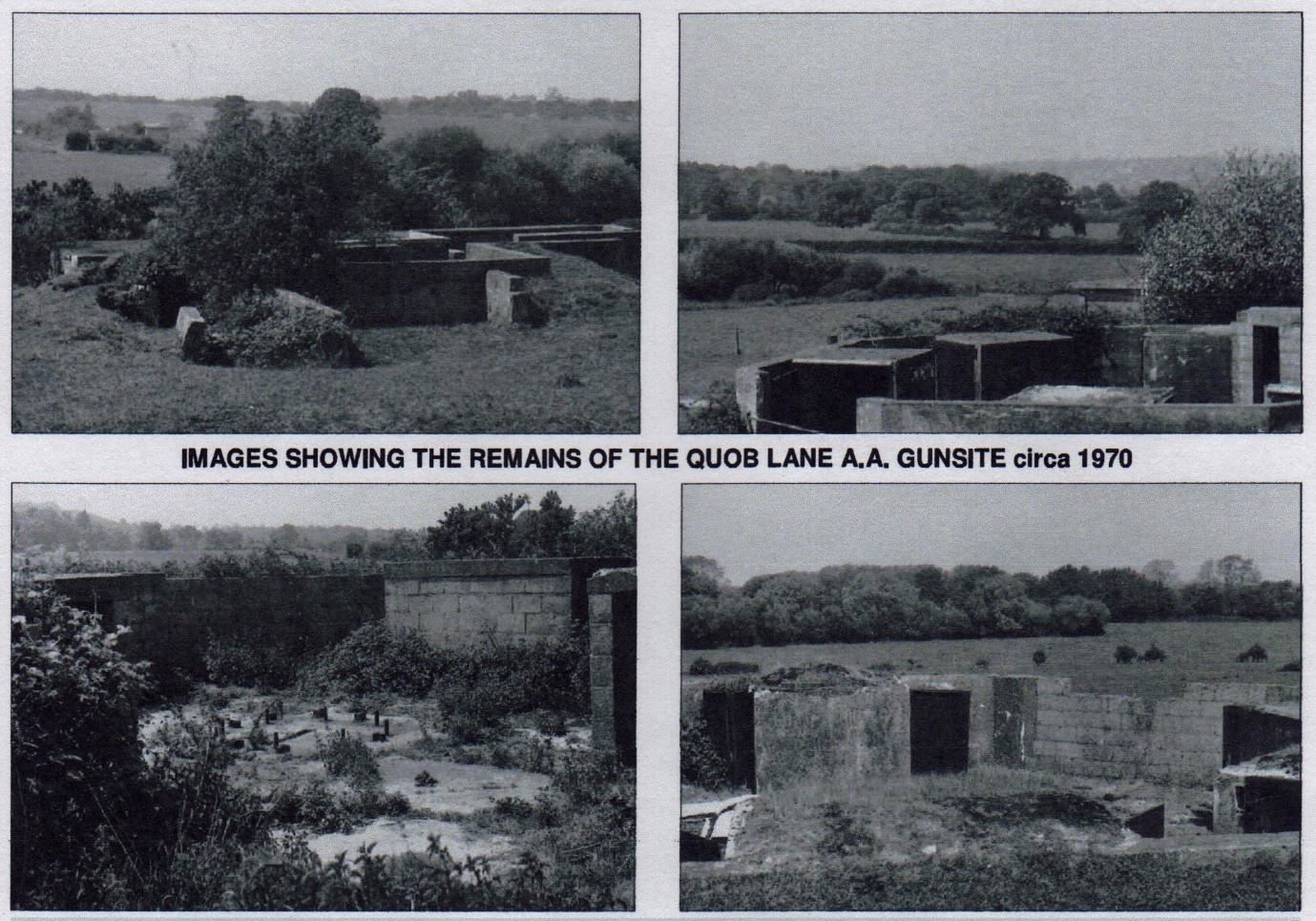 “After that there were a few flying bombs, but we never got to fire at one. In the late autumn we were told that we were standing down.” “Some of the section I never ever met again even though they all worked on the railway. Later we handed in out kit. The only things we kept were our boots, our cap badge, and the bow-arrow-flashes we had bought ourselves—they even took our gloves!!” Thus ended Eric’s active role in World War 2.