This article is about The Railway Servant’s Children’s Orphanage at Woking, later to be named Woking Homes. Supported by voluntary contribution, this charitable organisation provided care and accommodation for the children of railway employees who had died or fallen on hard times. There were major events organised like the “Open Day’s” at Eastleigh Carriage and Locomotive Works, which many local people will remember, with money raised going to support the children, until the home closed in 1988. 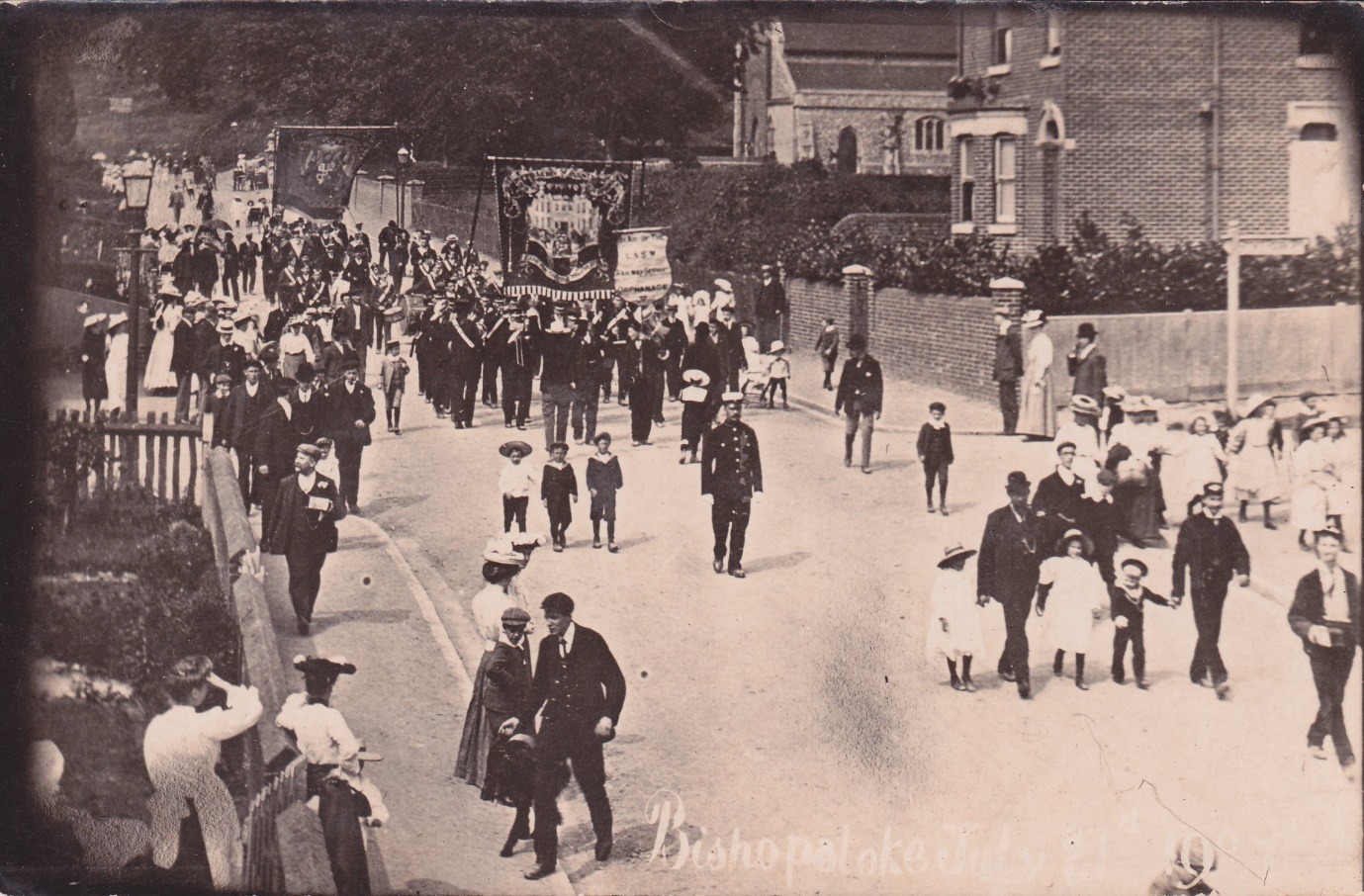 With many men from Bishopstoke and Eastleigh employed by the railway, fund raising for the London and South Western Railway Servant’s Orphanage was always well supported in the village. This a parade, pictured in July 1907, took place in Church Road, Bishopstoke and was part of a wider fund raising event. This parade joined forces with a larger procession in Eastleigh and the larger group marched through the town with the Eastleigh Works Band, the Eastleigh United Mission Band, the Test Valley Band from Romsey, members of local Friendly Societies with Banners and the Fire Brigade in uniform. They made their way to Eastleigh Parish Church where there was a service and, in all, £25 was raised for the Orphanage. 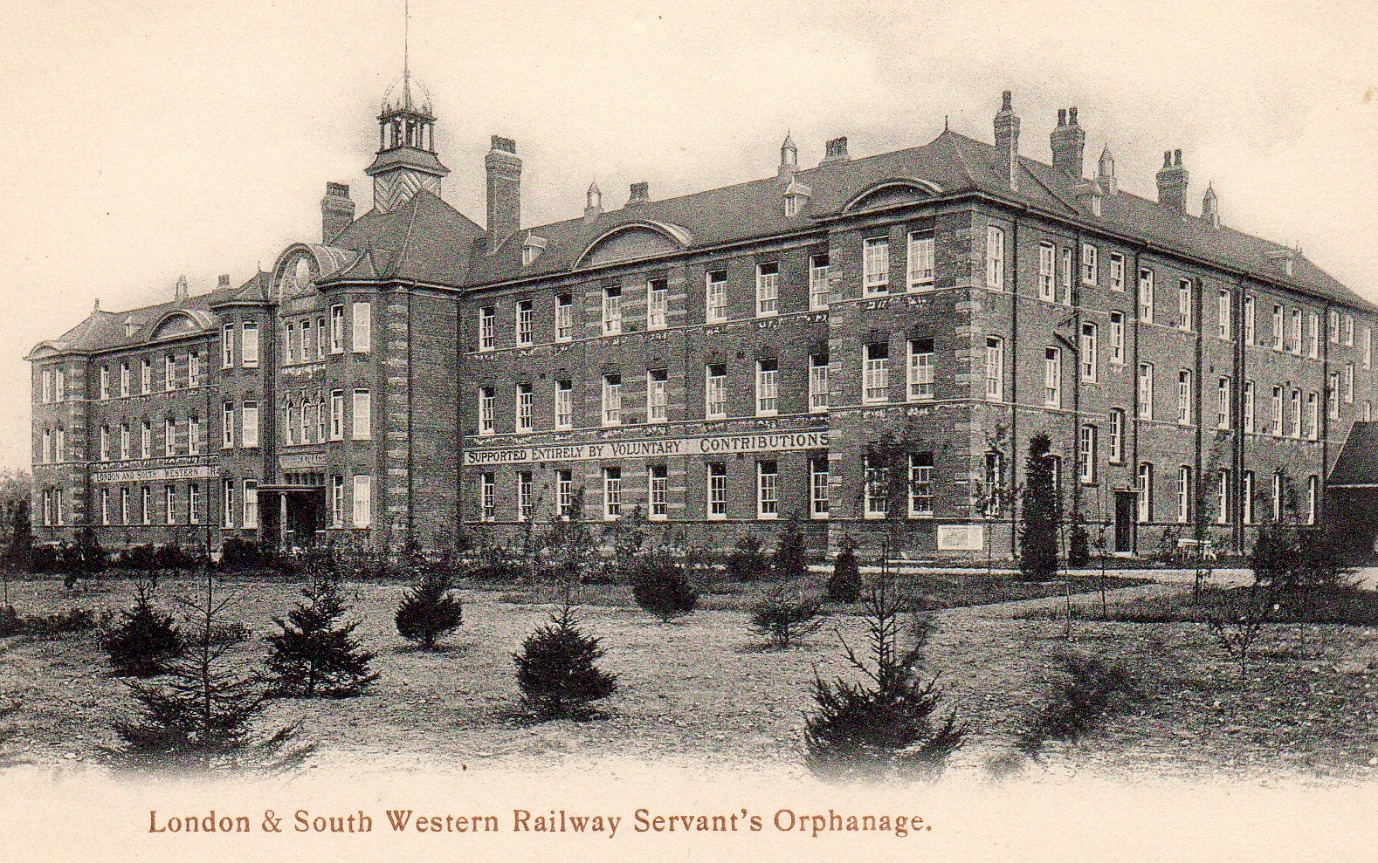 In 1907, the same year as the parade took place in Bishopstoke, land in Woking was purchased to expand the London and South Western Railway Servant’s Orphanage. This magnificent building was constructed in 1909 to replace homes which had been used in Clapham and Lambeth since 1885. No longer standing, this building was situated alongside the main railway line to Waterloo and was a major feature for all that travelled to London by rail. 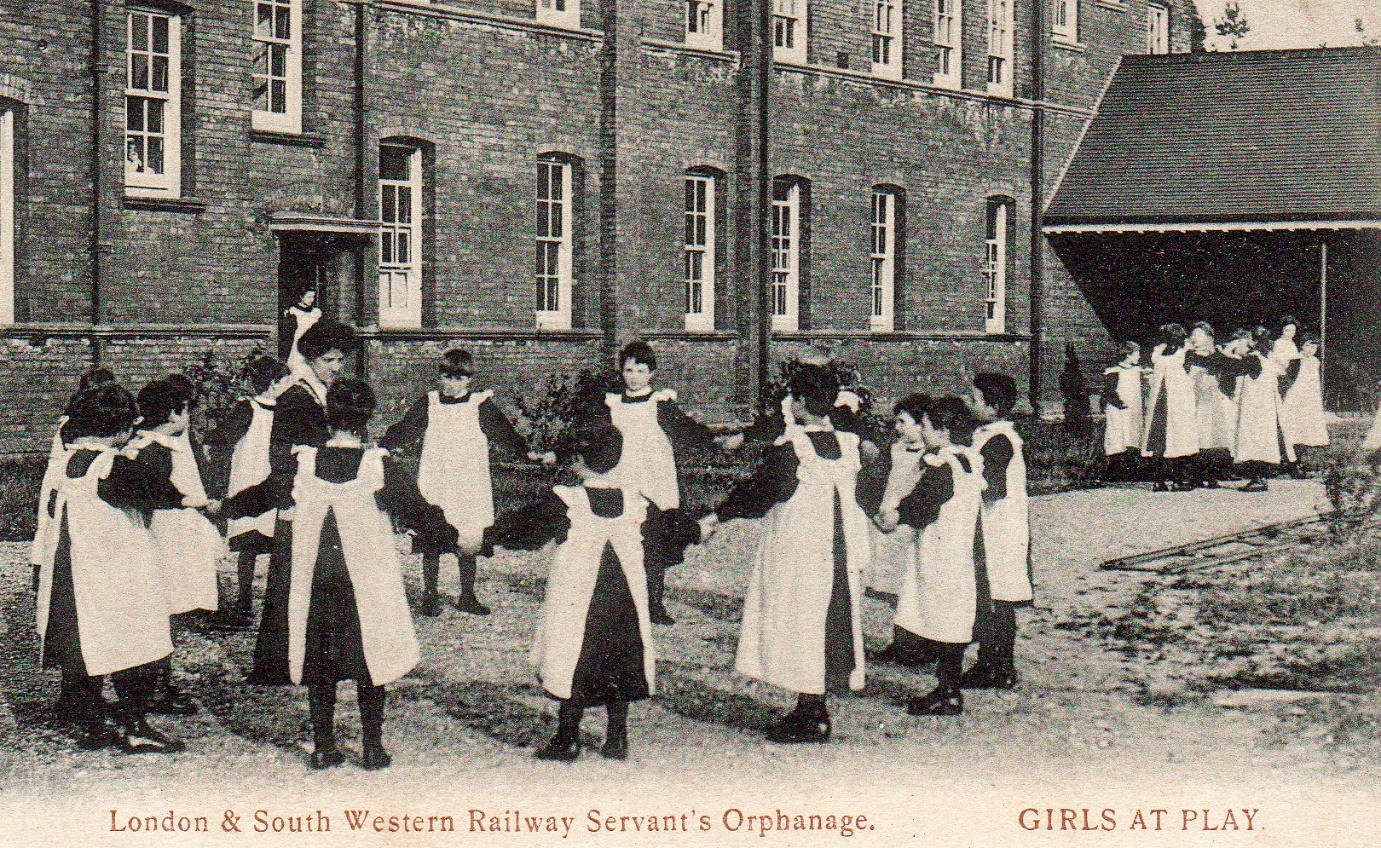 The home, which opened in Clapham in 1885 was originally for girls only, and catered for children of railway employees, who no longer had a father, and whose mothers found it difficult to care for them. 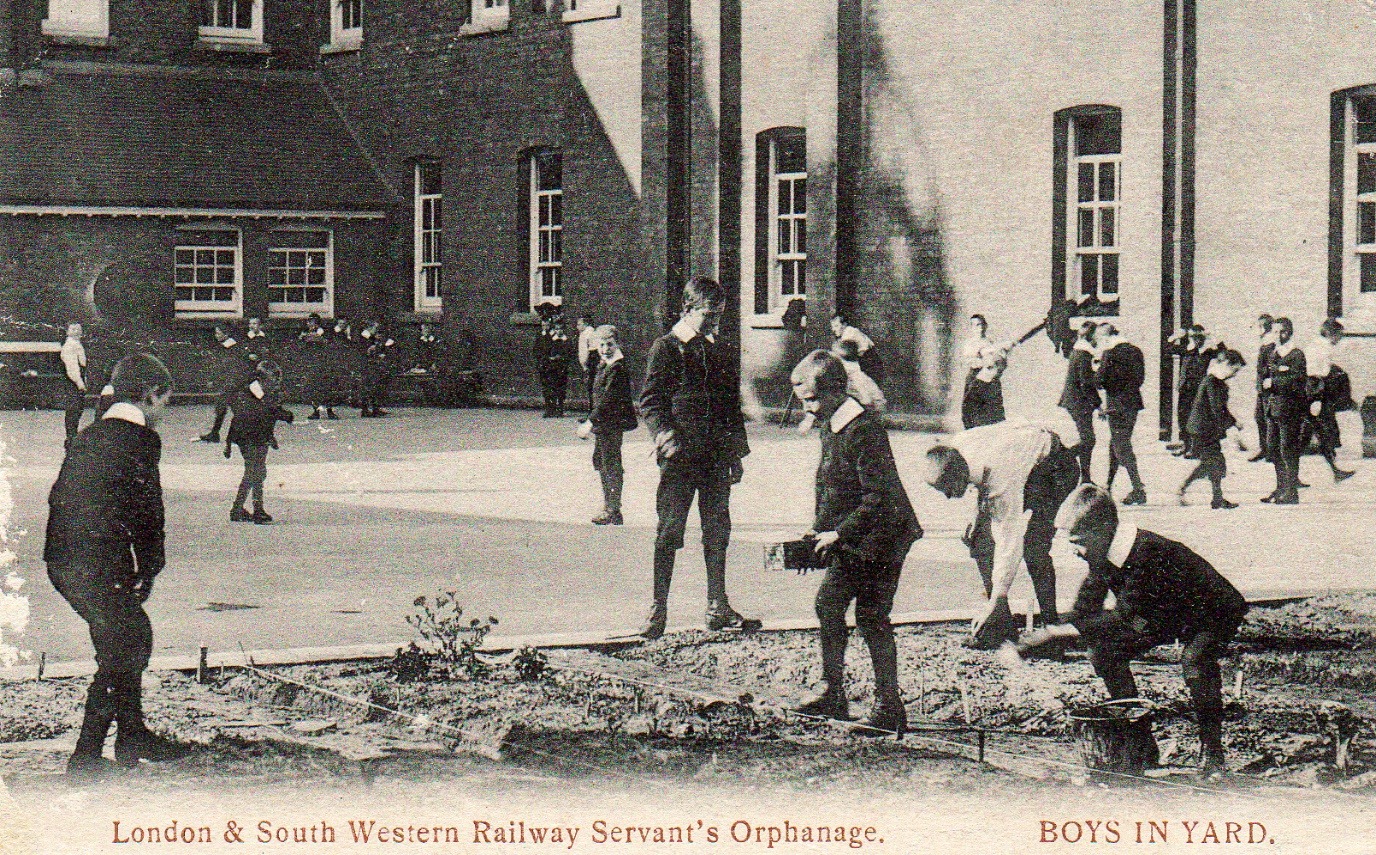 By 1895, donations from a benefactor enabled a further home to be purchased and boys also became members of the Orphanage. It may appear in today’s terms miserly that the parade in Bishopstoke, and Eastleigh, pictured earlier, only raised £25. When seven acres of land were bought at Woking in 1907 to provide a new home, the land cost £2,900. £25 was a significant sum of money in those days. The charity was partly funded by donations from rank and file railway workers who donated a set sum from their pay packet each pay day. In the early days this was one penny per week, and they did this because there was great affection for the Orphanage amongst those that worked on the railway. 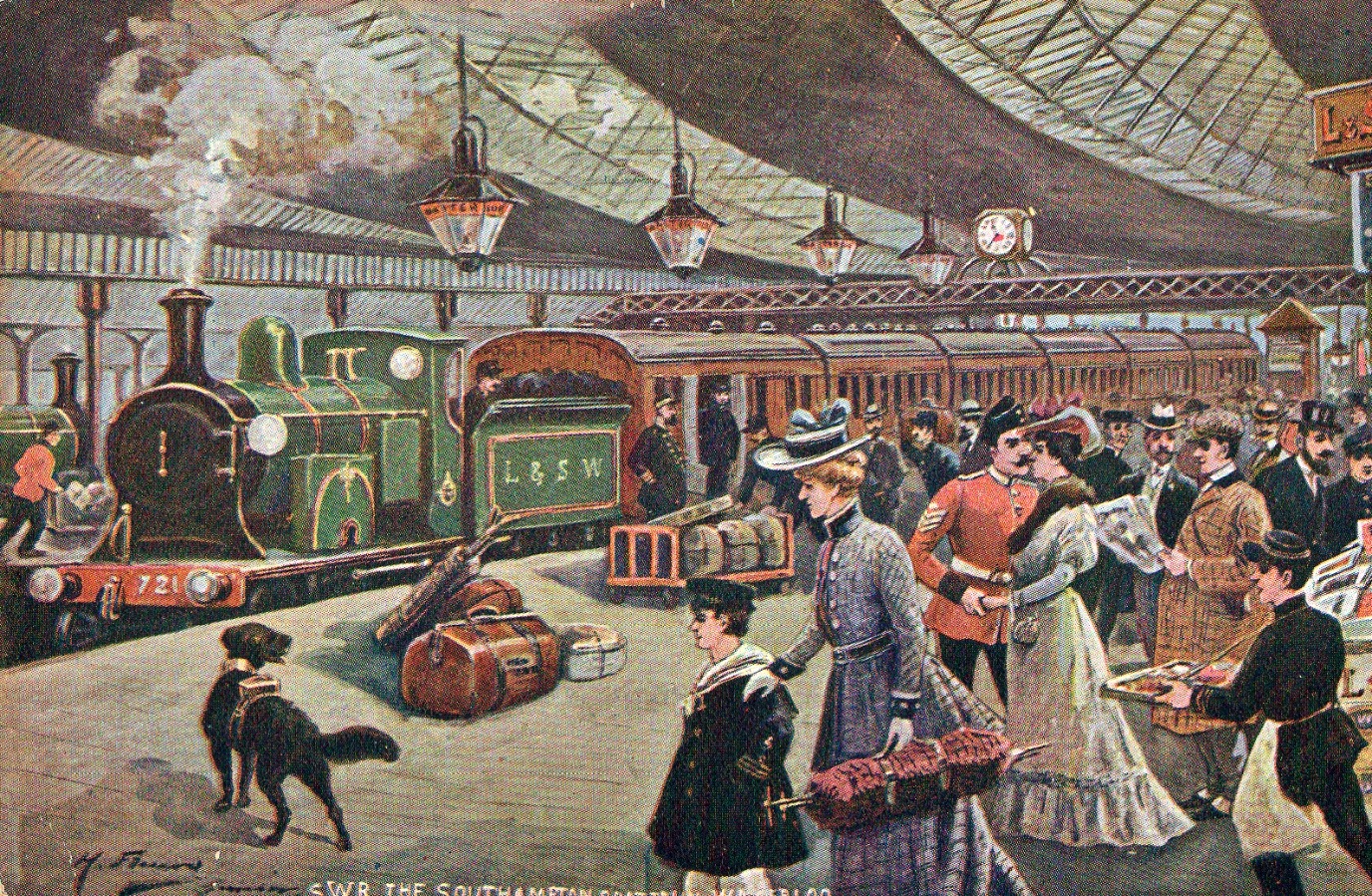 The orphanage would raise funds from whatever source they could. Pay day donations from railway employees were a major source of funding and street parades were regularly held in towns along the London and South Western Railway line from Waterloo to Weymouth. A unique and novel means of raising funds for the Orphanage involved the use of dogs, as can be seen from this illustrated scene at a Southampton Station. The dog is fitted with a collection box and trained to mingle with passengers waiting to board a train. The box identifies that the money collected will be donated to the London and South Western Railway Servant’s Orphanage and plays on the British public’s love for animals and the desire to protect vulnerable children. Dogs were trained to collect funds at all the major stations on the Weymouth to Waterloo line and were accompanied by a “handler” who would also walk them along the corridor of the railway carriages, whilst the train was in motion. 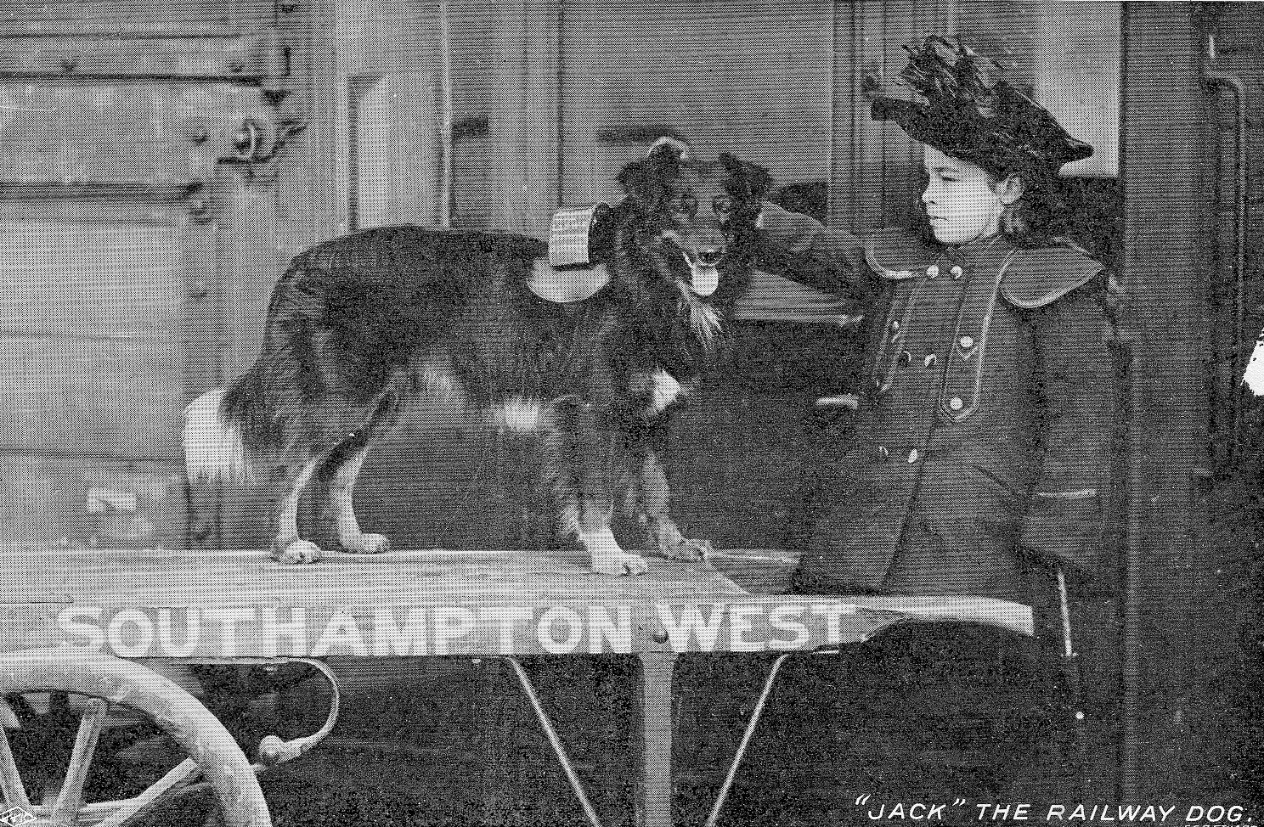 Some of these dogs became famous and were a popular sight on the station for many travellers. So much so, that a way was found for the most popular of them to carry on collecting money for the Orphanage after they had died. They were stuffed and mounted in a glass case, in a similar pose to the one displayed in this picture and placed prominently on railway station platforms with a collection box. I can remember from my childhood that a poor moth eaten old mutt, in a glass case, was still raising money for the Orphanage, on Southampton Central Railway Station in the 1950s.

This is a picture of “Southampton West Jack”. These silver medals are in the archives at the National Railway Museum in York and were awarded to “Jack” between 1905 and 1909.

The medals carry the legend “London & South Western Railway Servants Orphanage” and each medal is engraved – “For Collecting £100”. There is a stuffed dog in the Railway Museum at York called “Laddie” who was retired after seven years’ service at Waterloo Station in 1956. He is still very popular and is successfully collecting today for the friends of the National Railway Museum. 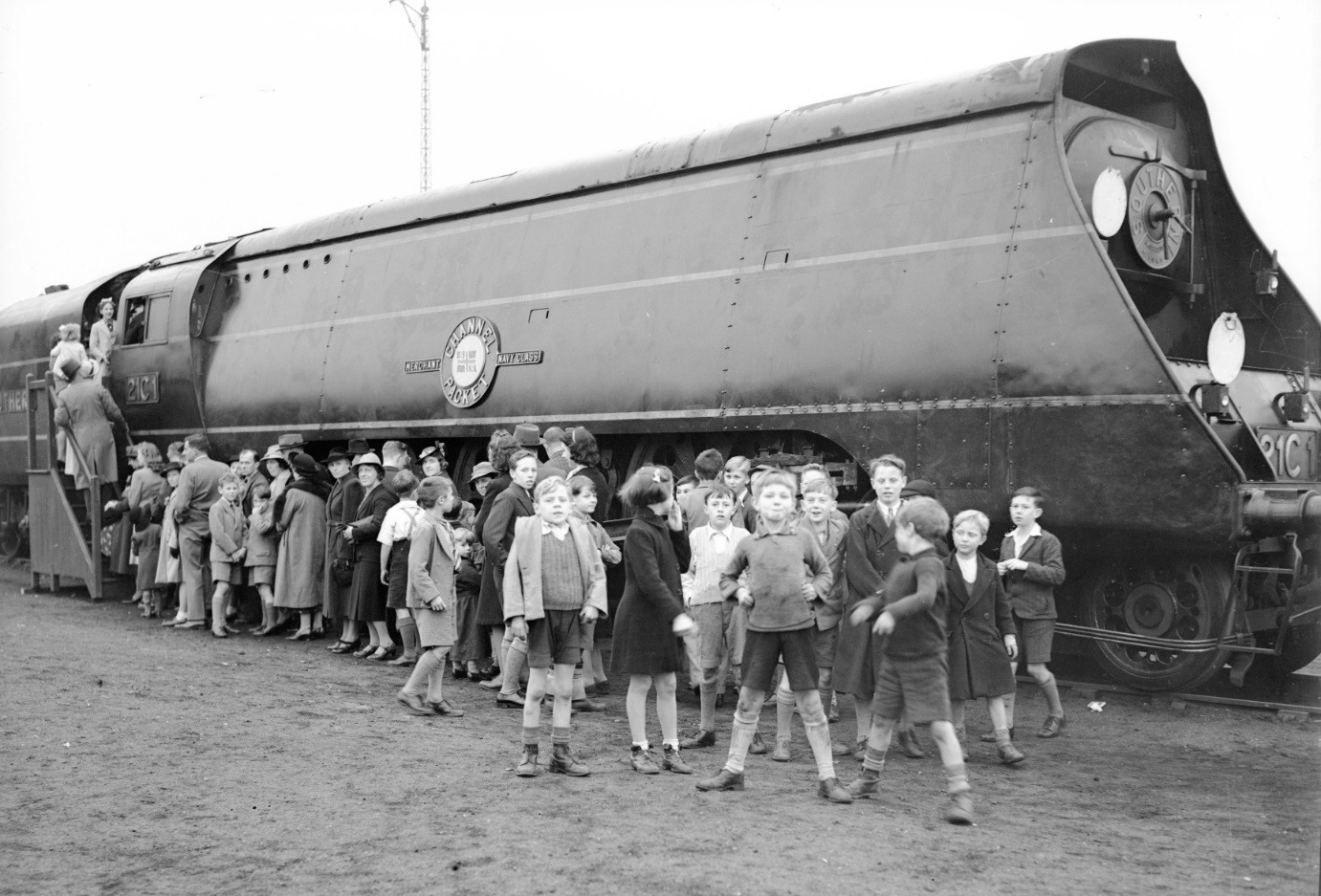 Railway open days were a major event in the social calendar in Eastleigh and this picture was probably taken around 1950. The first of Bulleid’s Merchant Navy Class, Channel Packet, is pictured, surrounded by children of all ages wanting to stand in the cab and pretend for a few moments that they were engine drivers. with food in short supply and many tinned meat products imported, these locomotives were nicknamed “Spam Cans” by local kids, like me, who indulged in the hobby of train spotting. 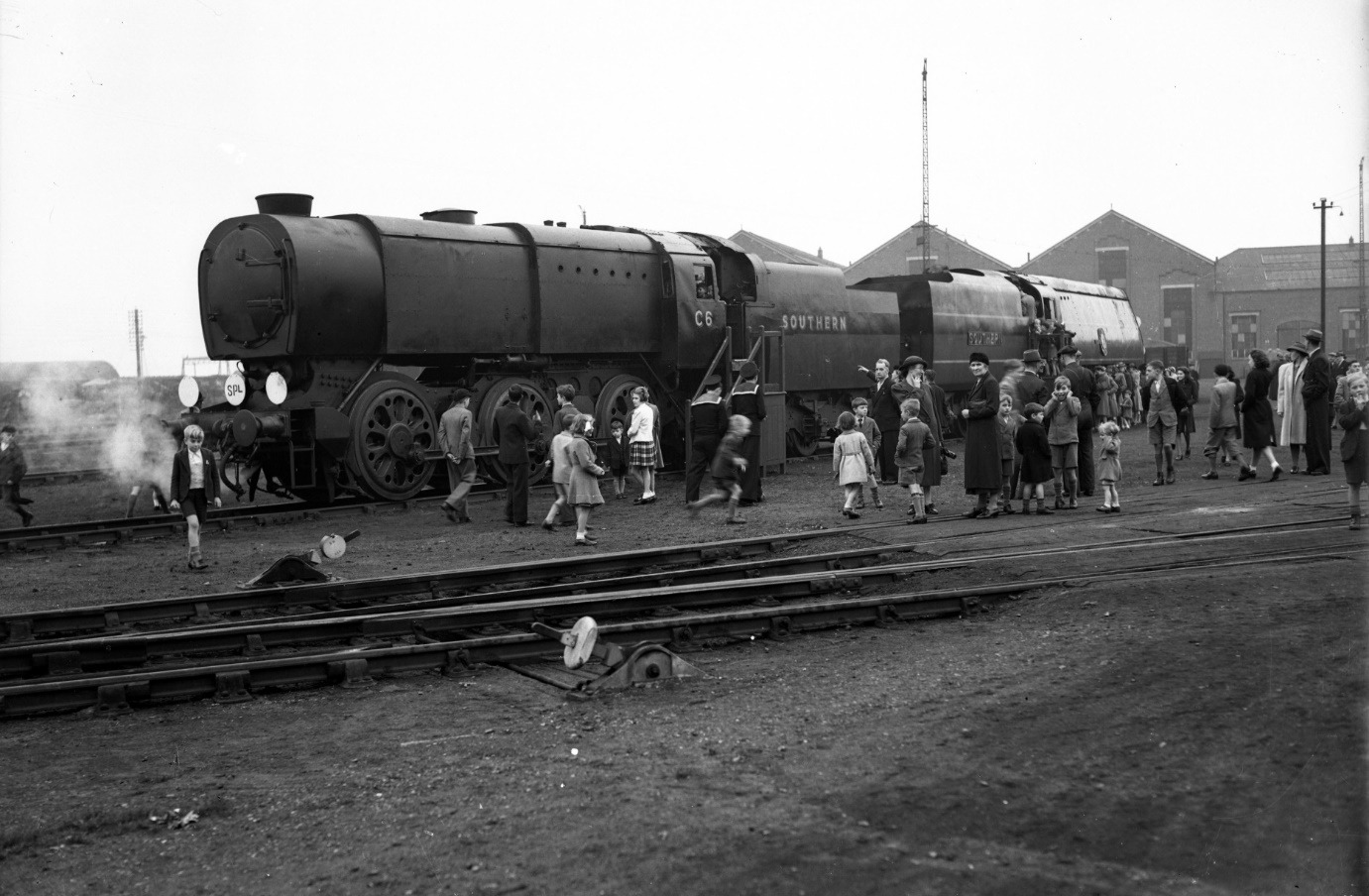 One of Oliver Bulleid’s other innovative designs from the WWII period was this rather unusual looking 0-6-0 class Q1 Austerity locomotive. These locomotives were introduced in 1942 and under wartime “austerity” materials were in short supply, hence all superfluous features were stripped away. This Locomotive became the most powerful 0-6-0 steam locomotive ever to run on Britain’s railways. They were nicknamed “Coffee Pots” and the first of the class, C1, has been preserved and now resides at the National Railway Museum in York. One aspect of their shape was that, like Bulleid’s Battle of Britain Class, they could be driven through a coach-washer for cleaning at a time when manpower for this time-consuming chore could not be spared. None of this mattered to the kids wanting to clamber on-board.

Railway open days did matter to many children of railway employees who had been orphaned. Most people visiting the “Works” probably did not realise that the proceeds from Works open days went to support the children at Woking Homes. 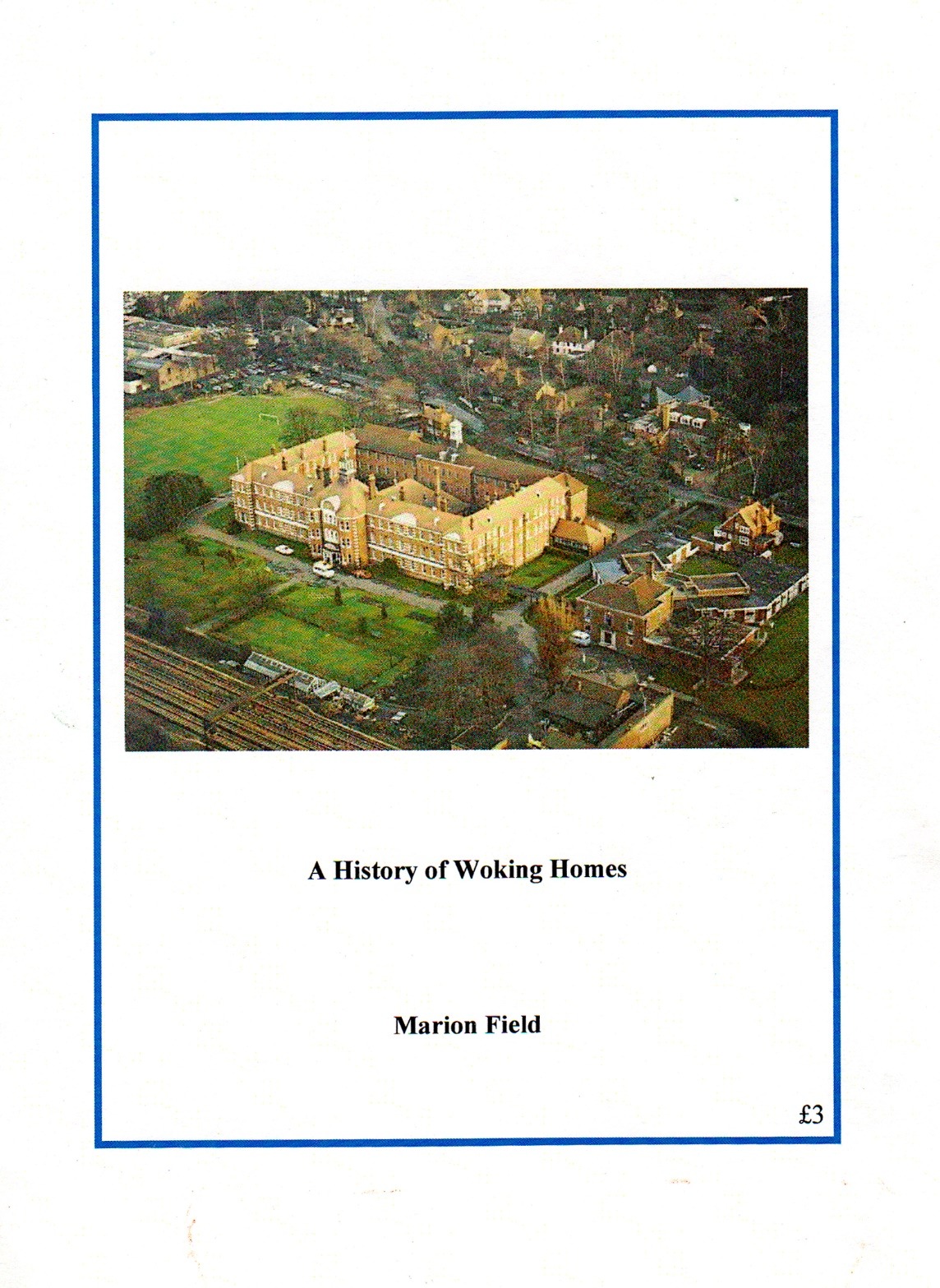 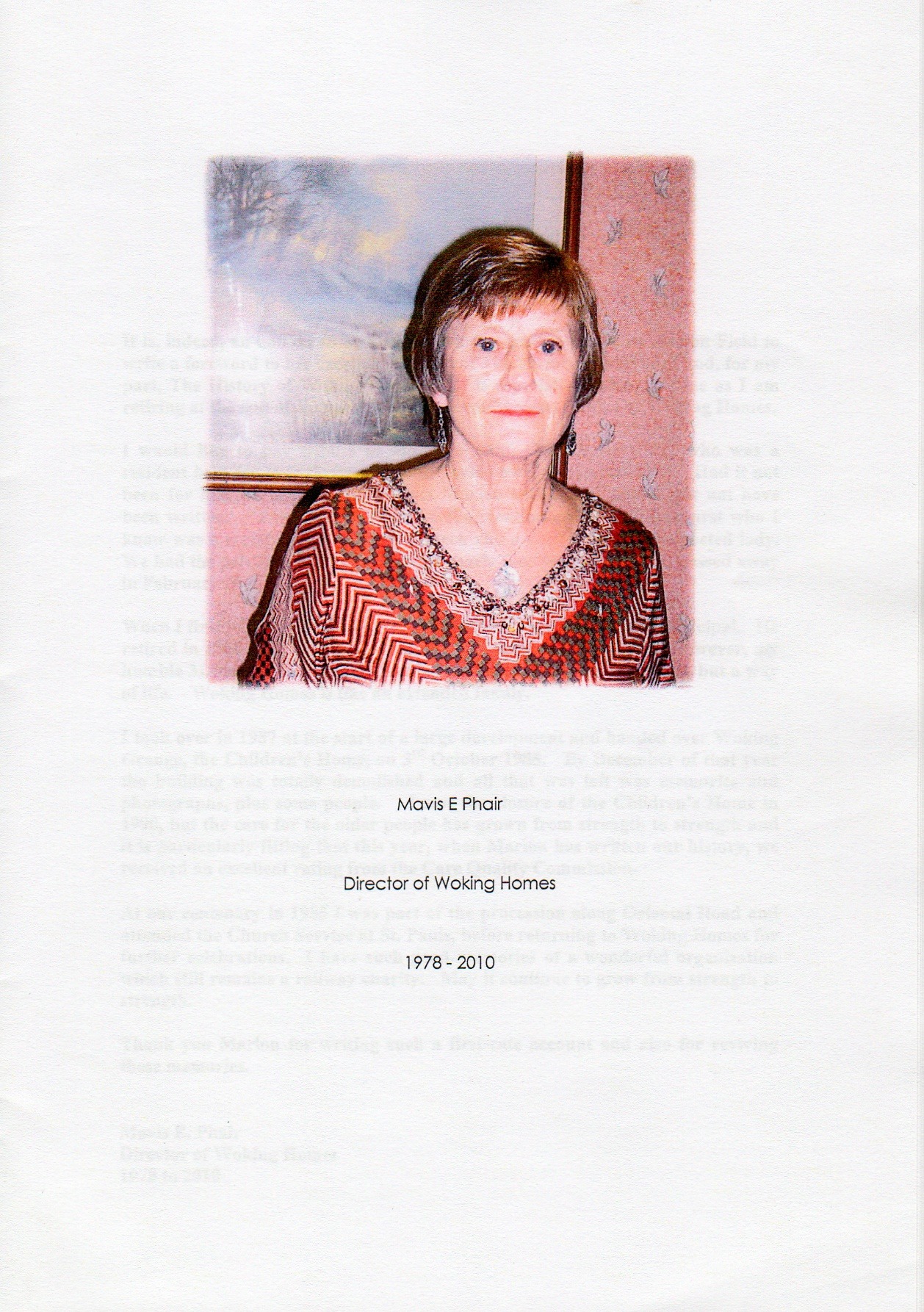 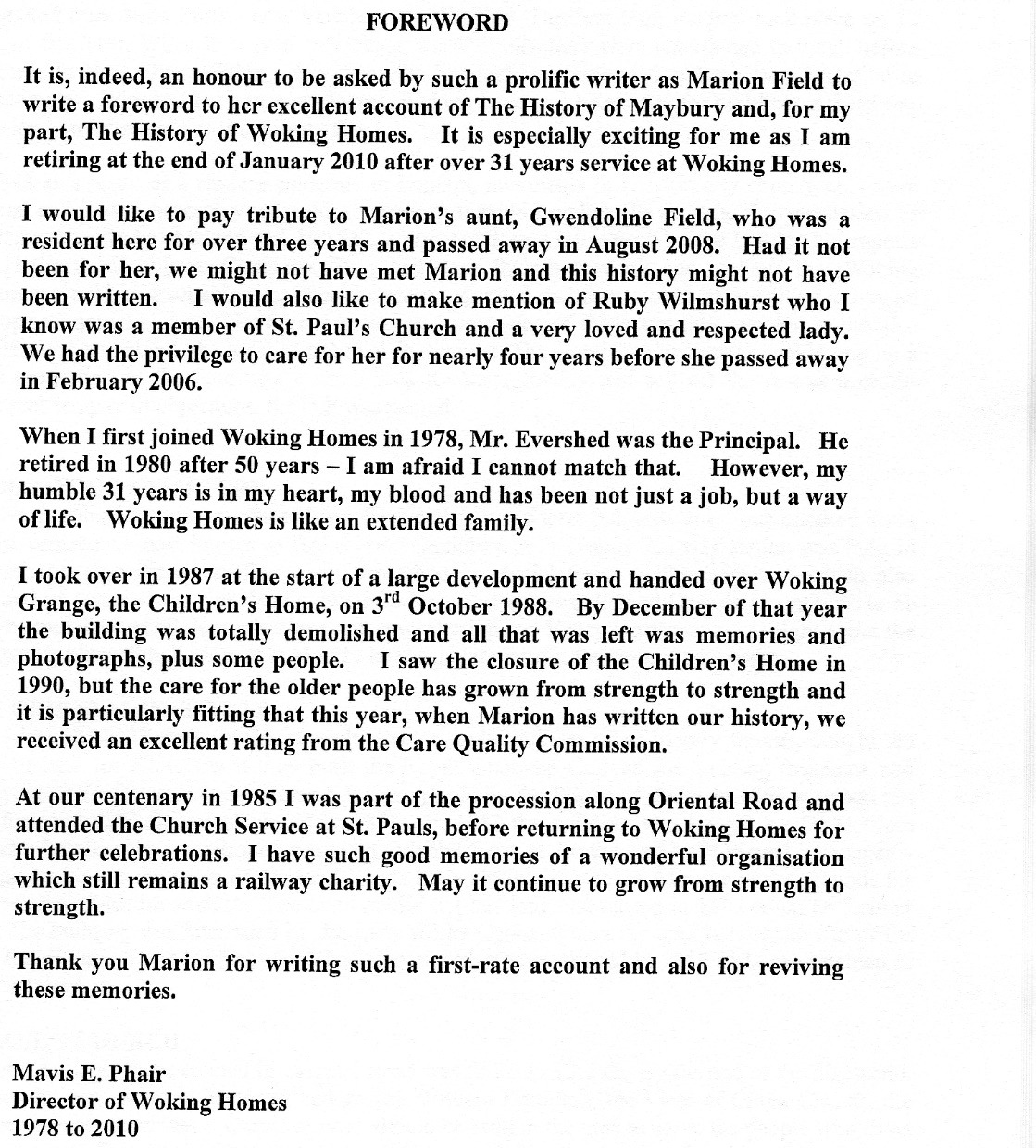 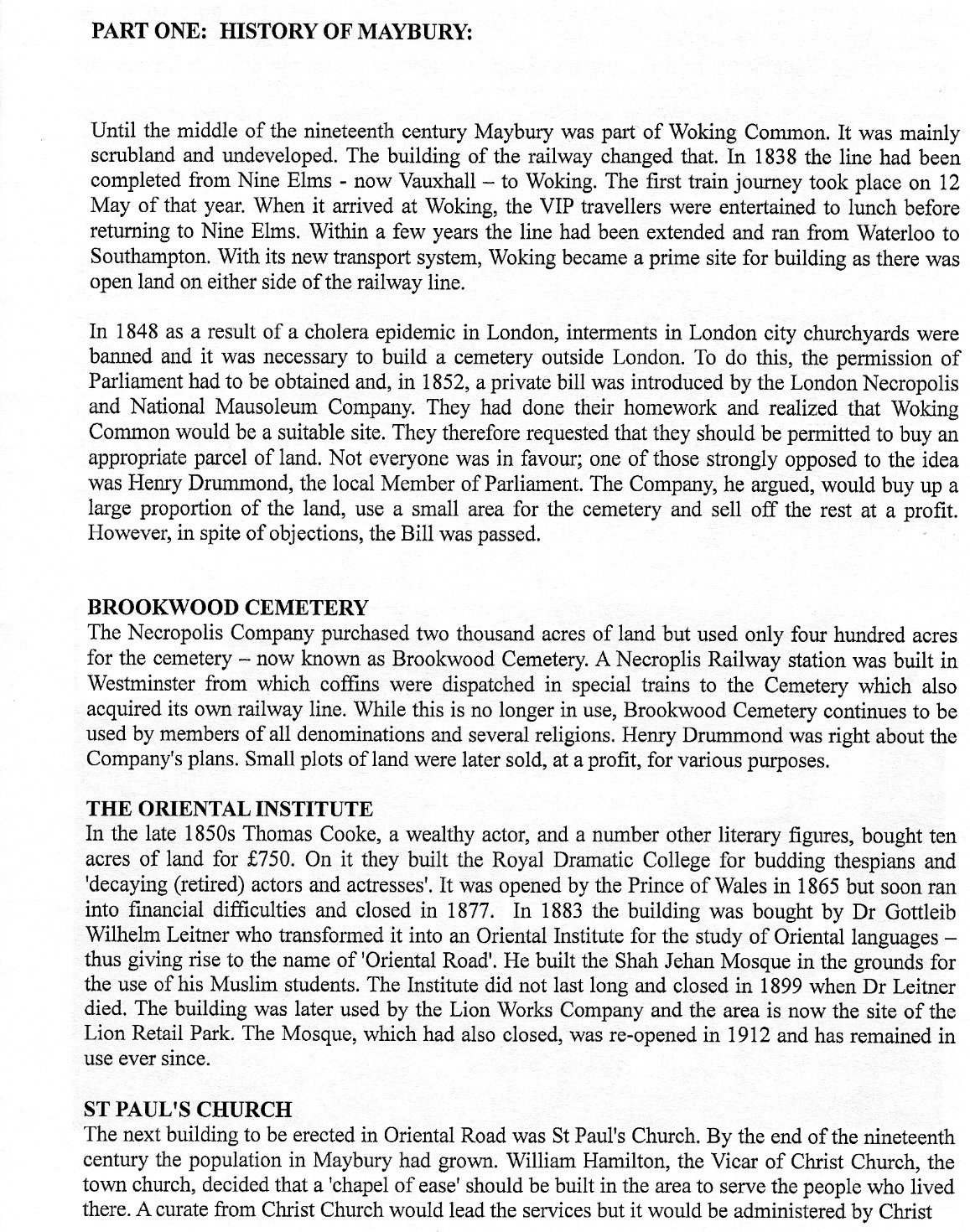 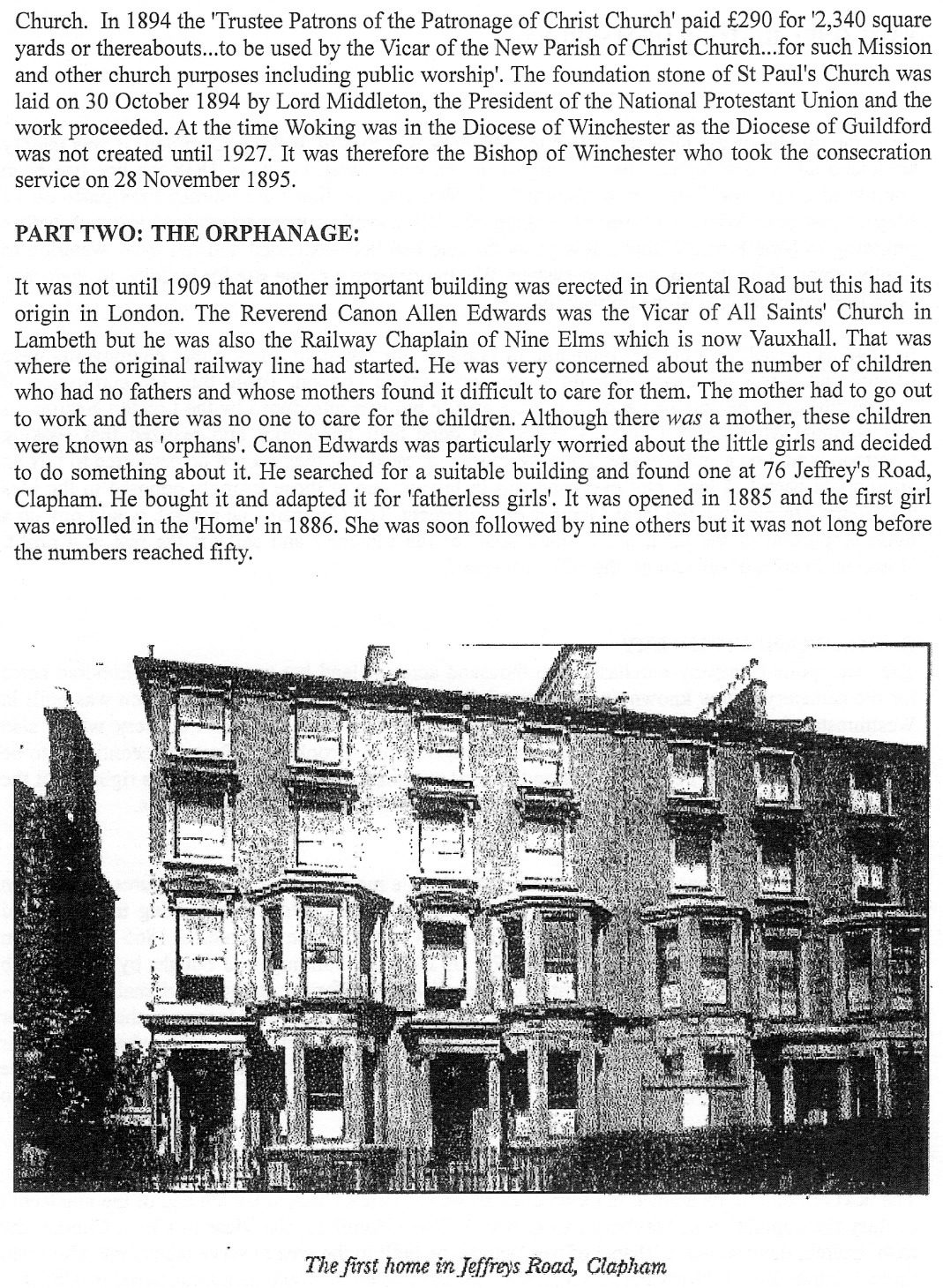 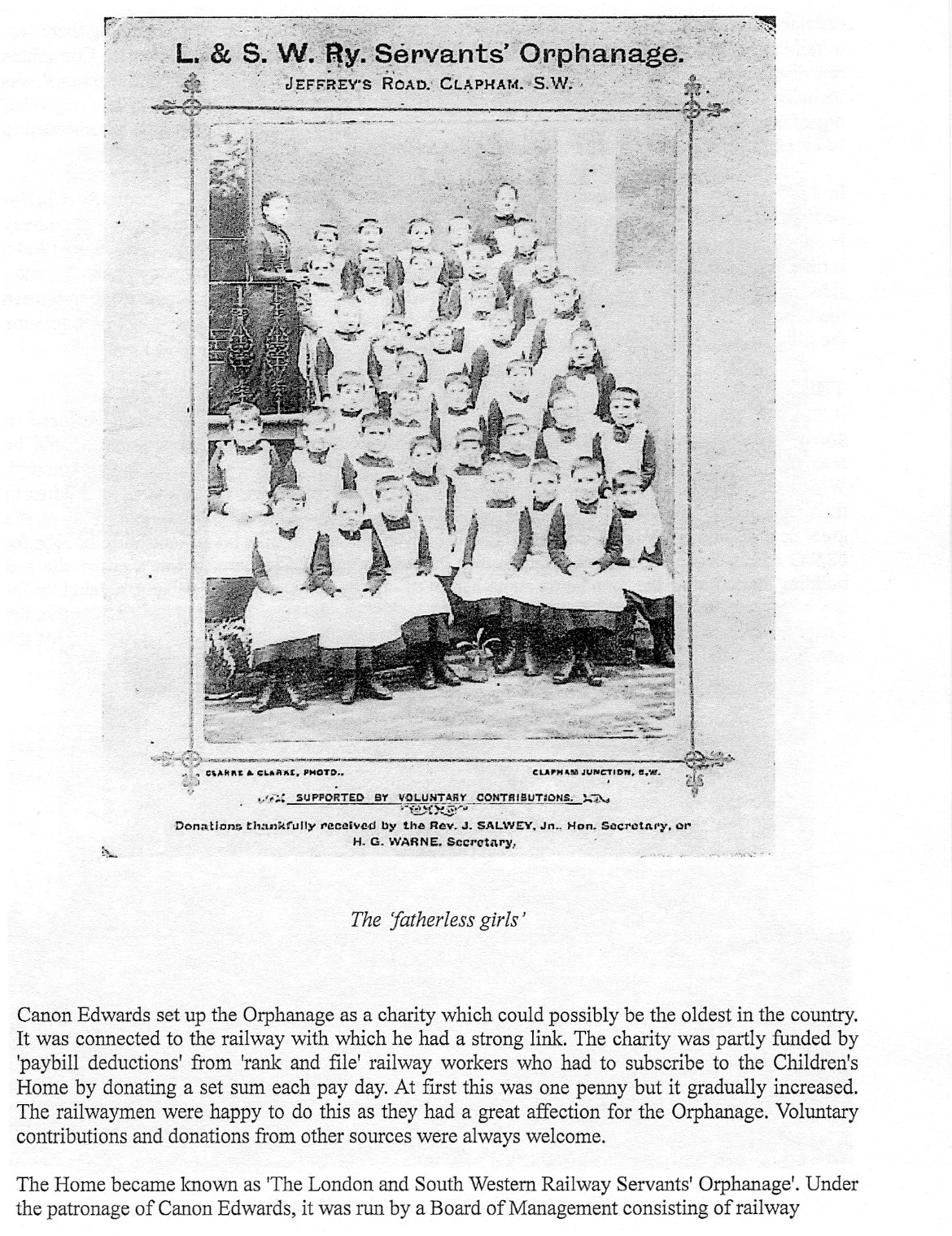 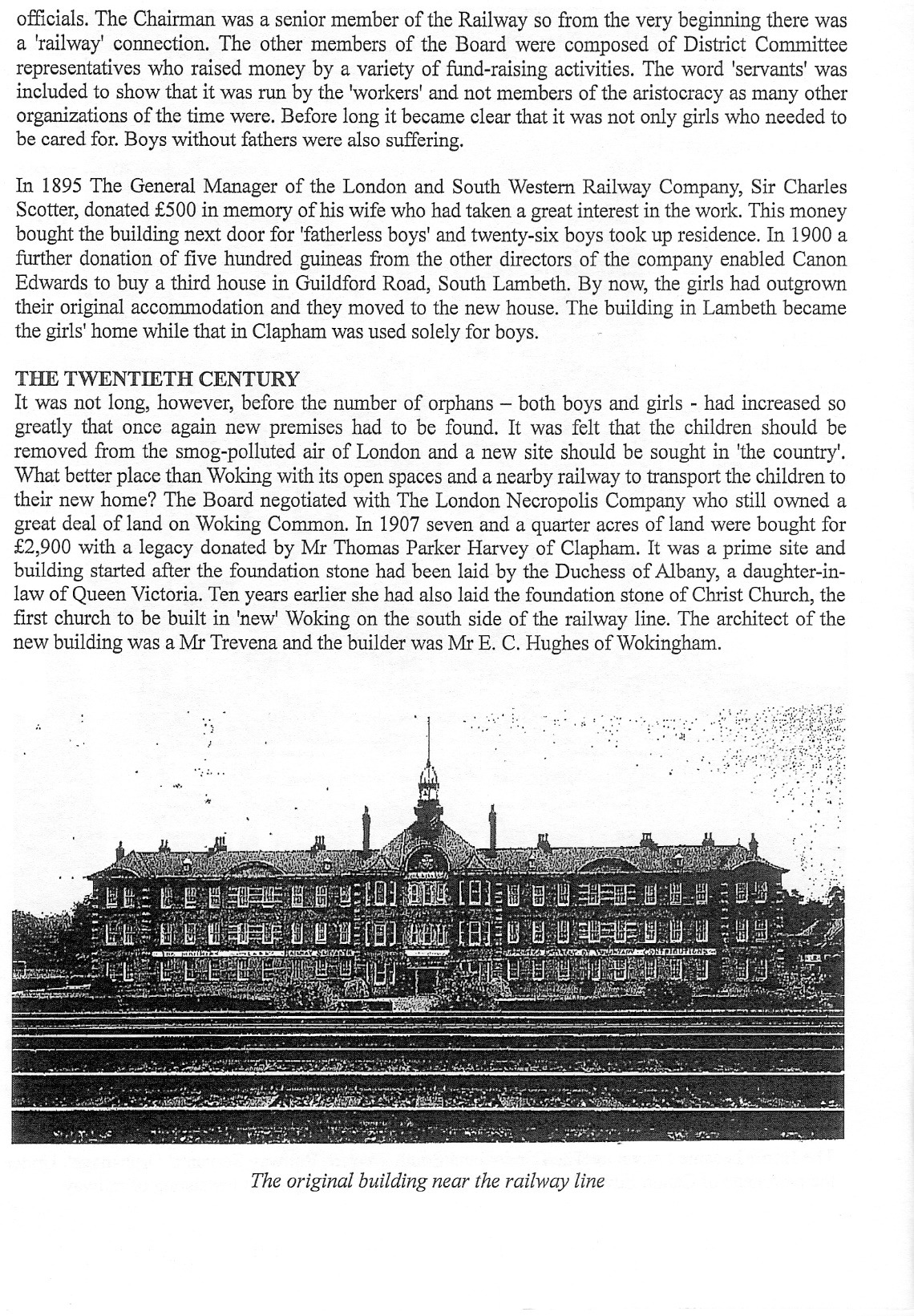 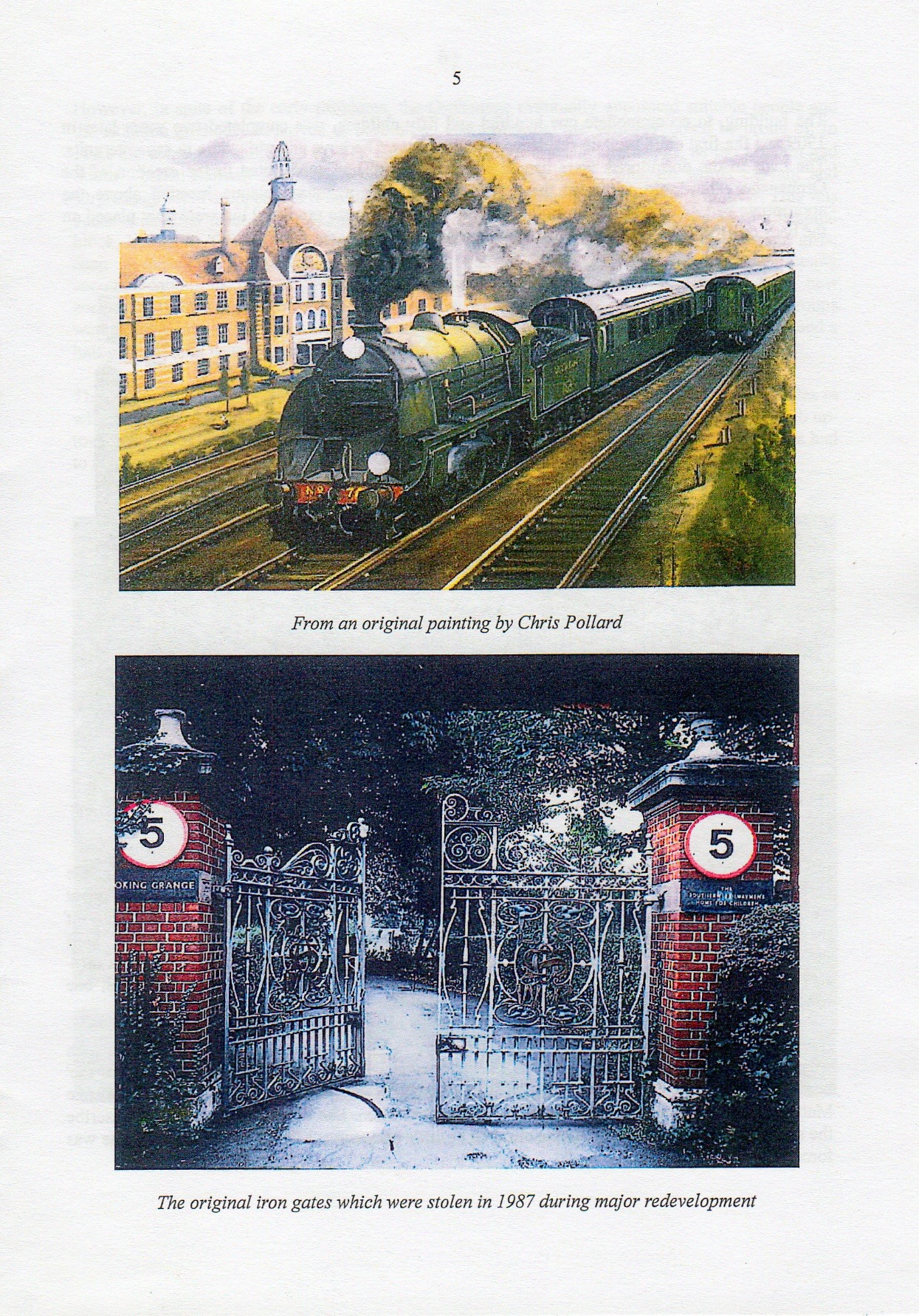 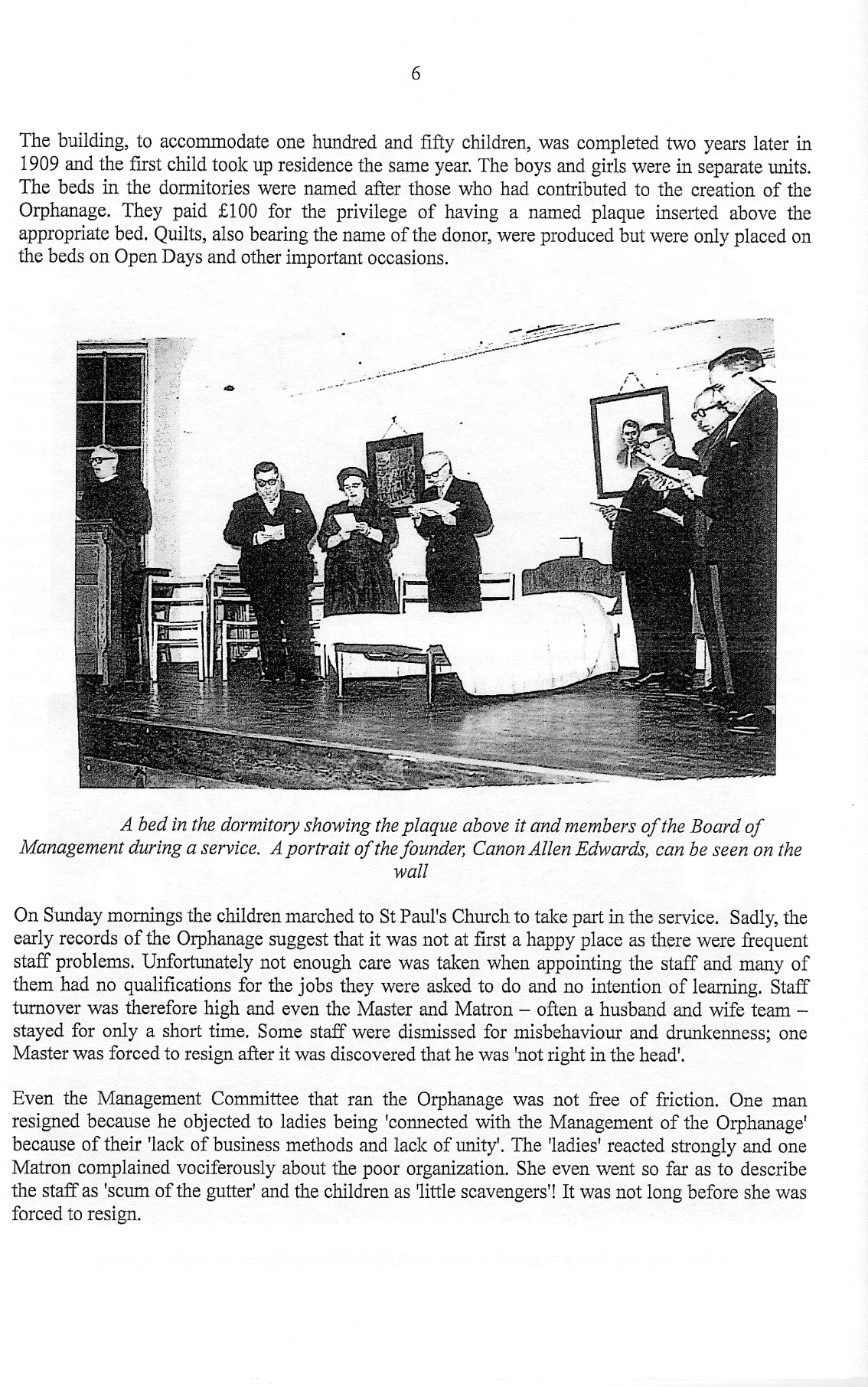 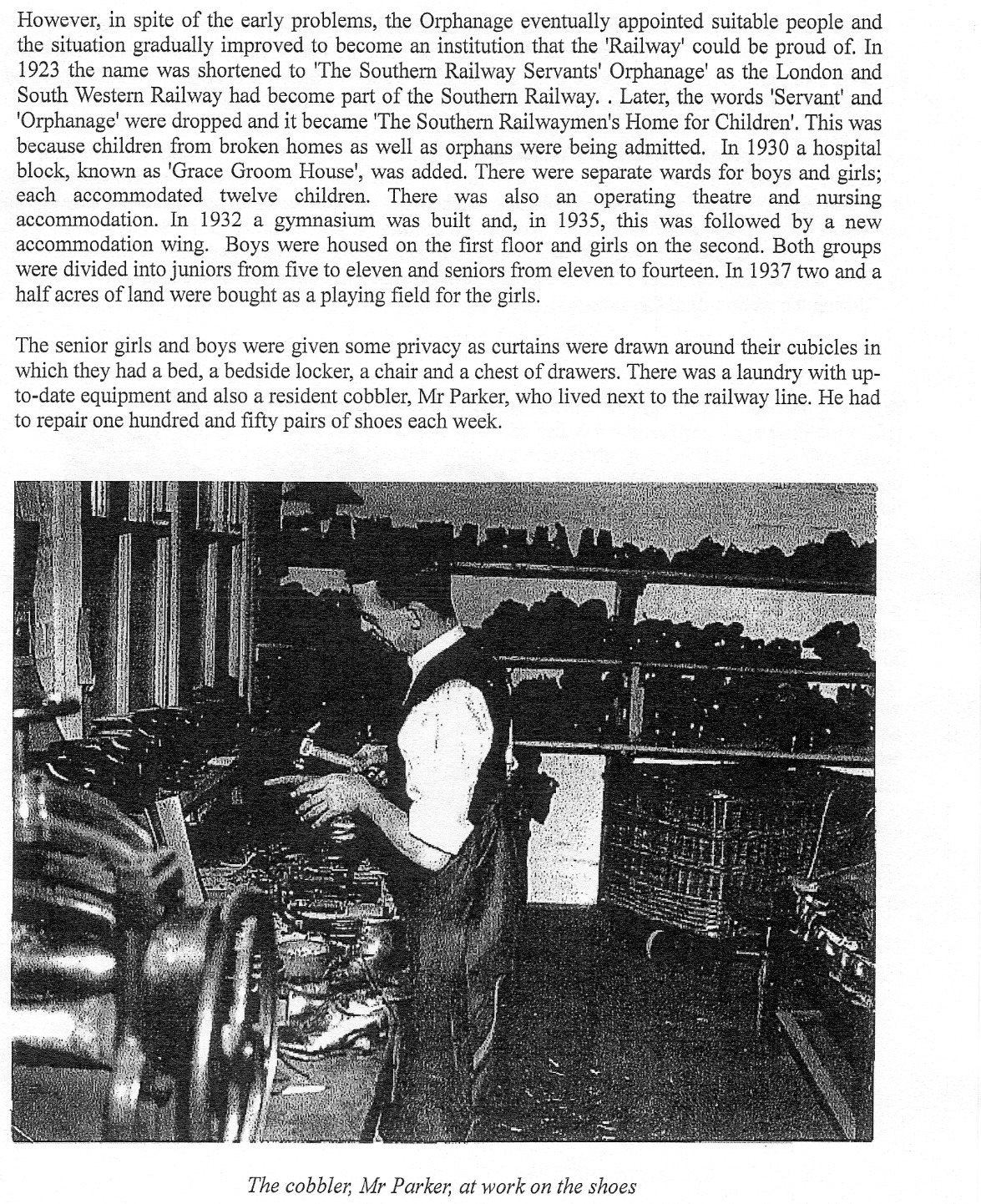 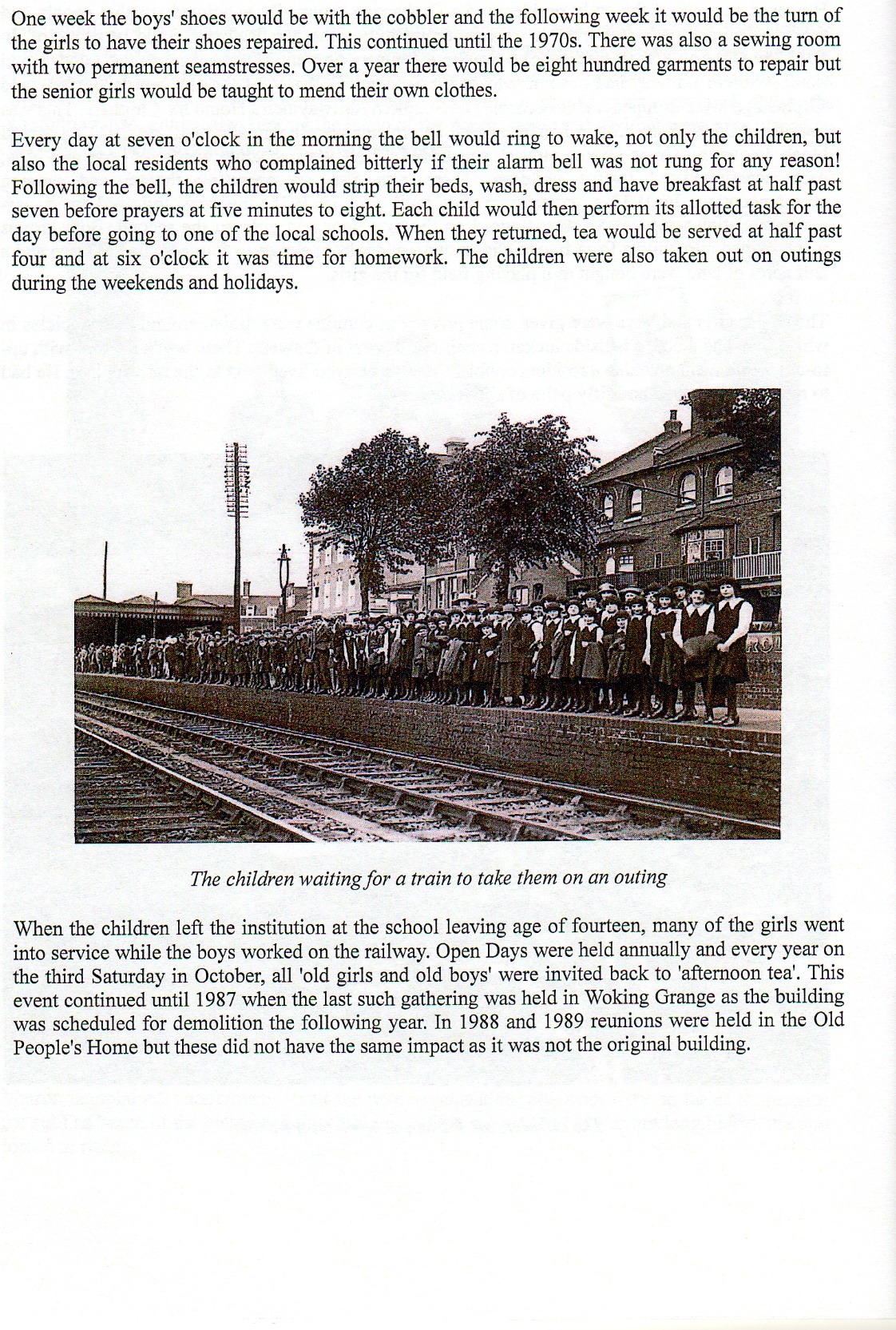 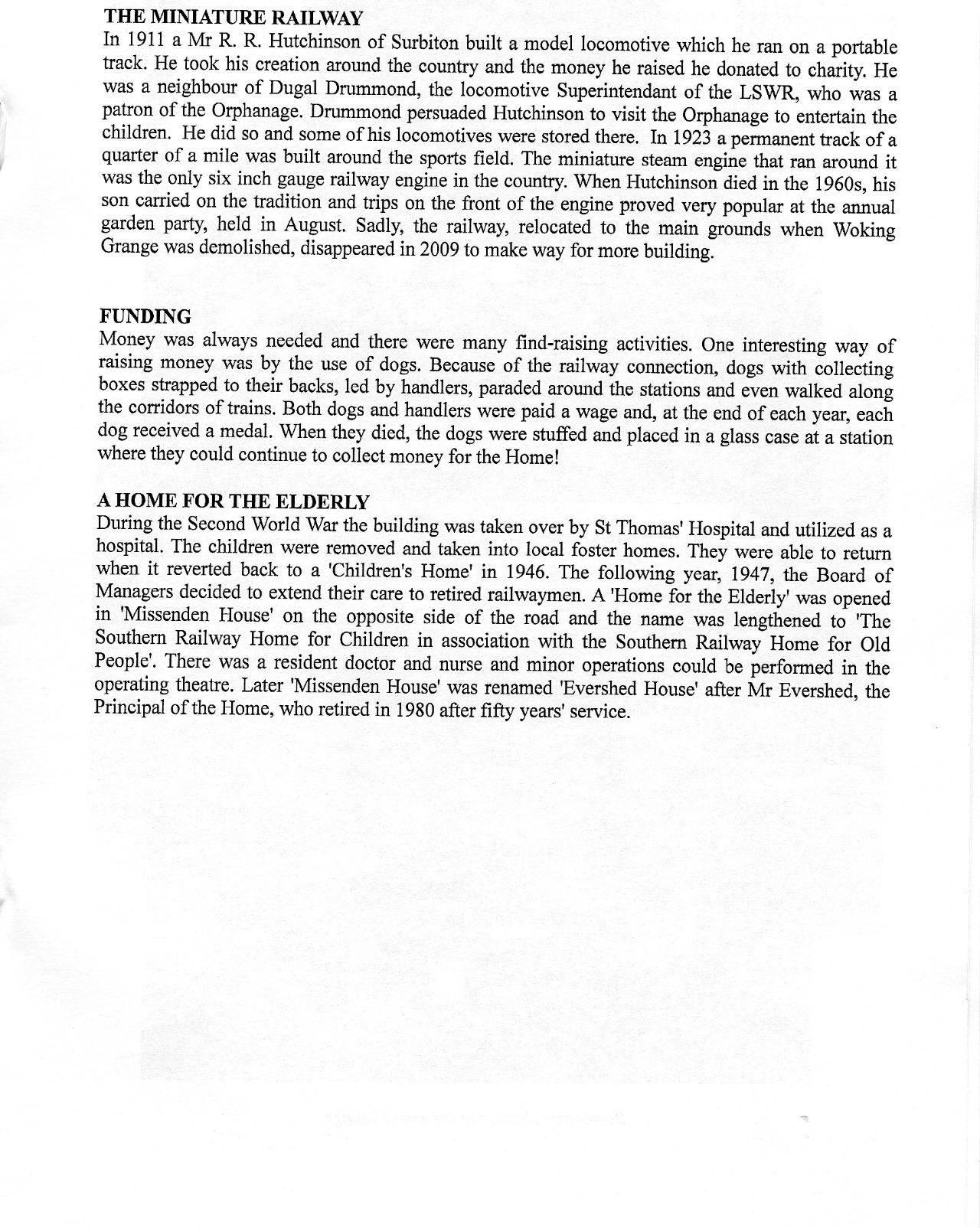 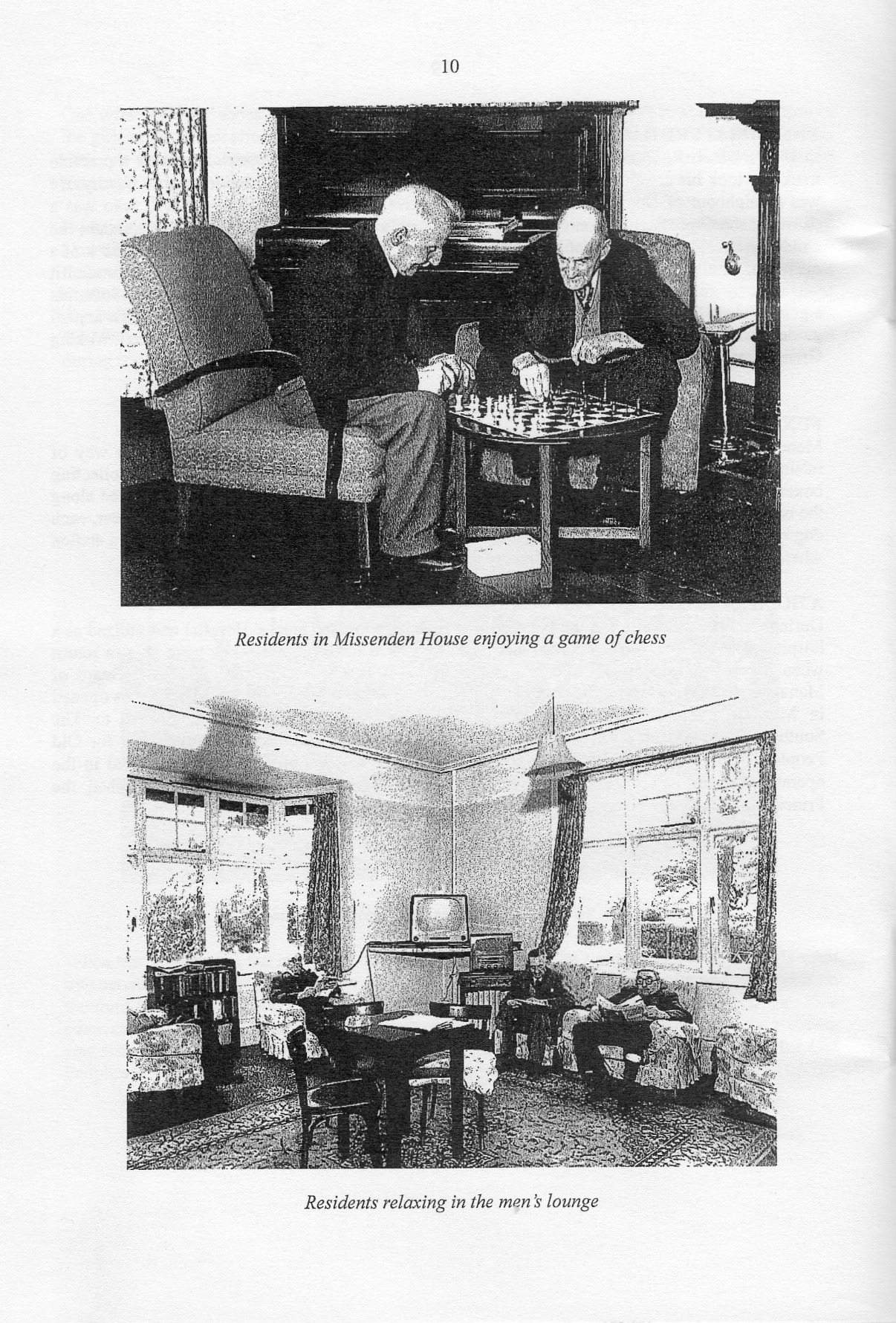 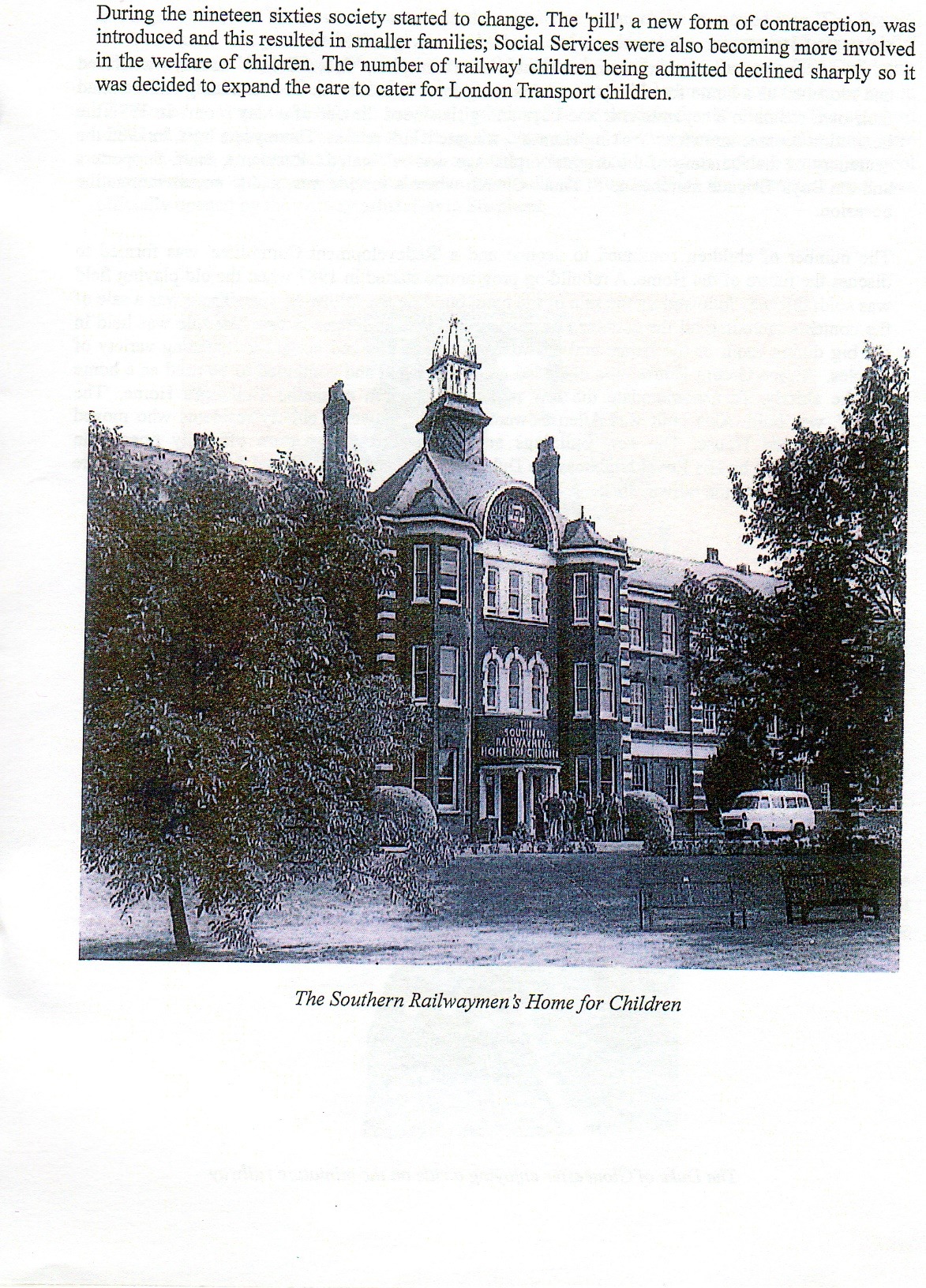 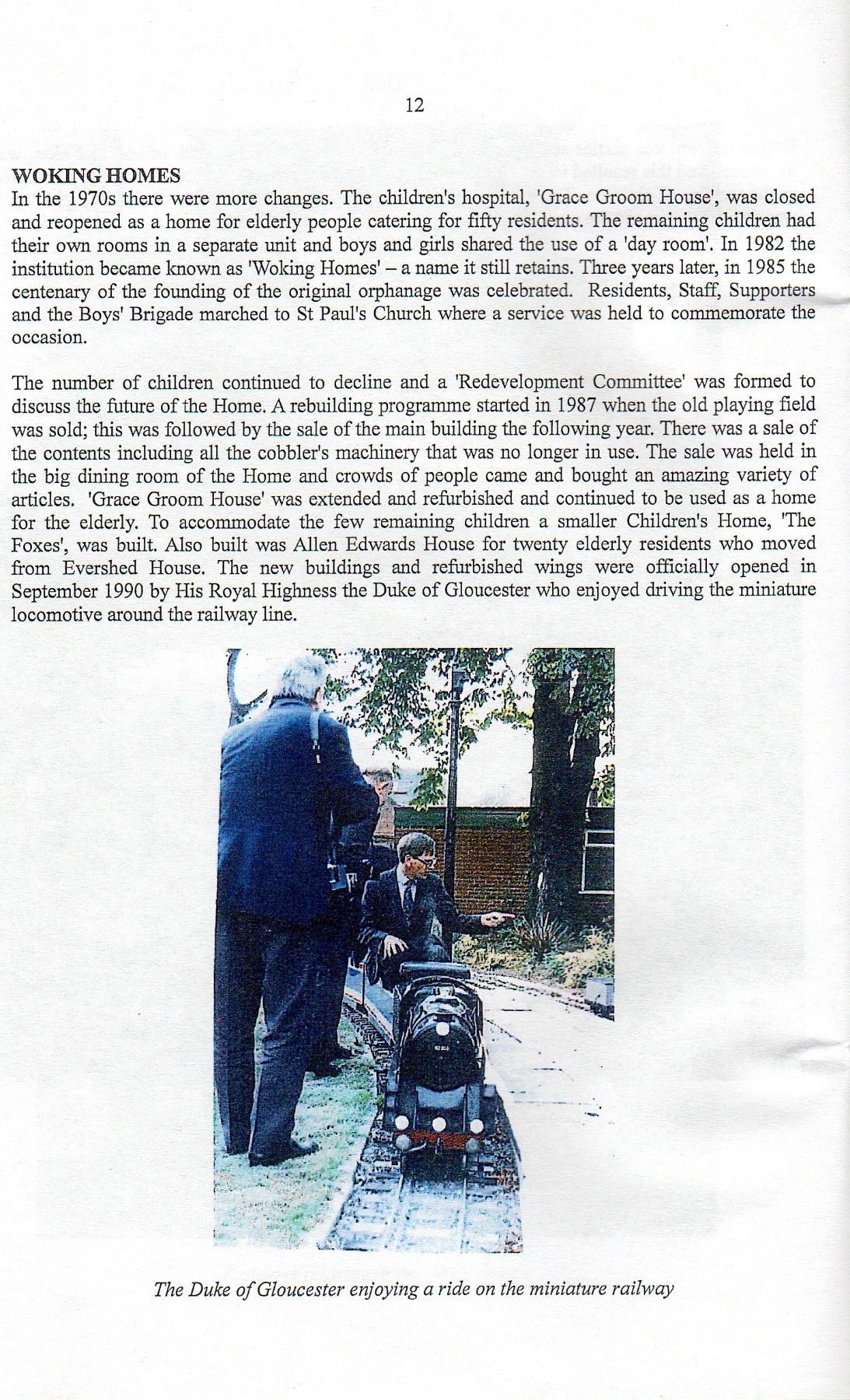 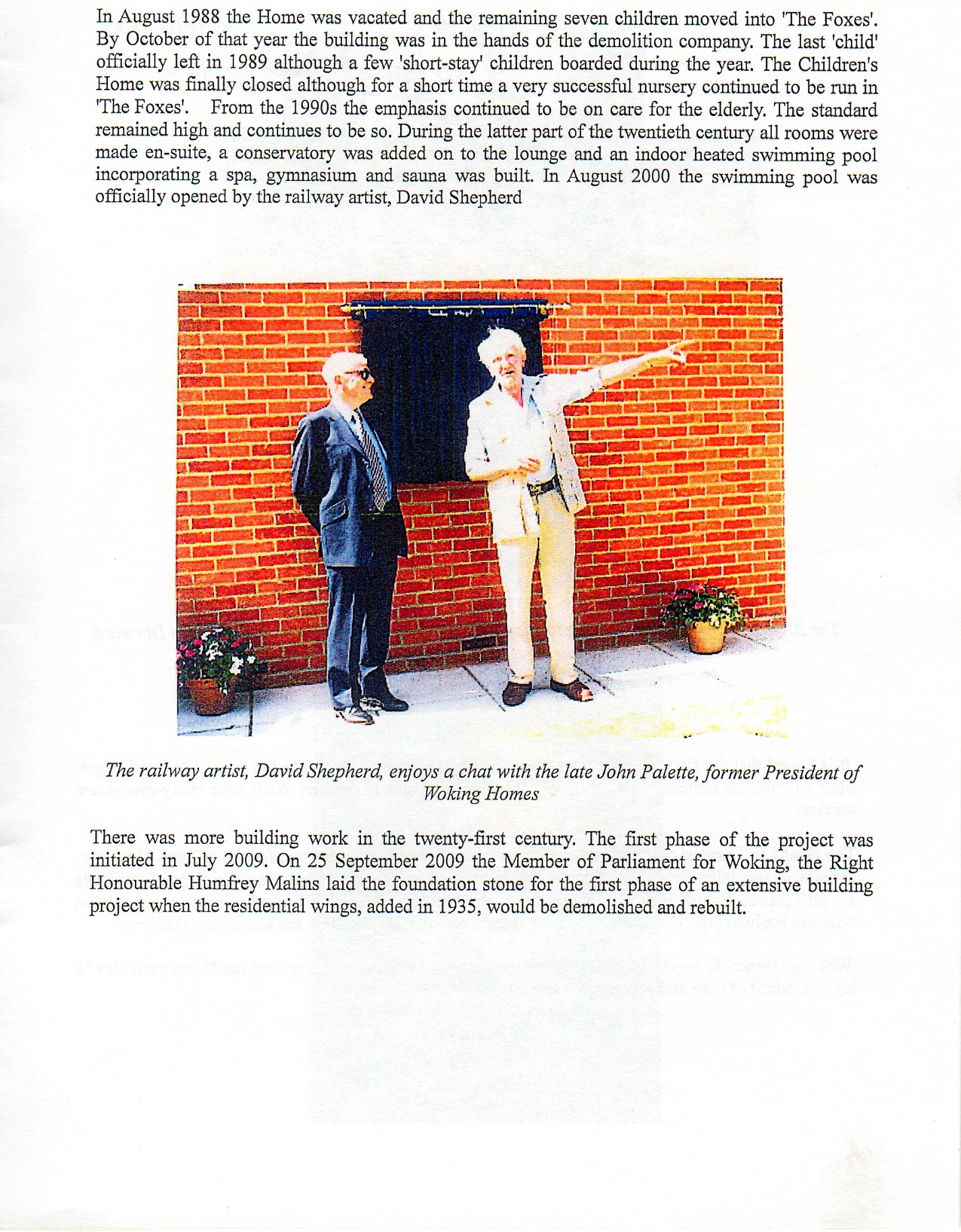 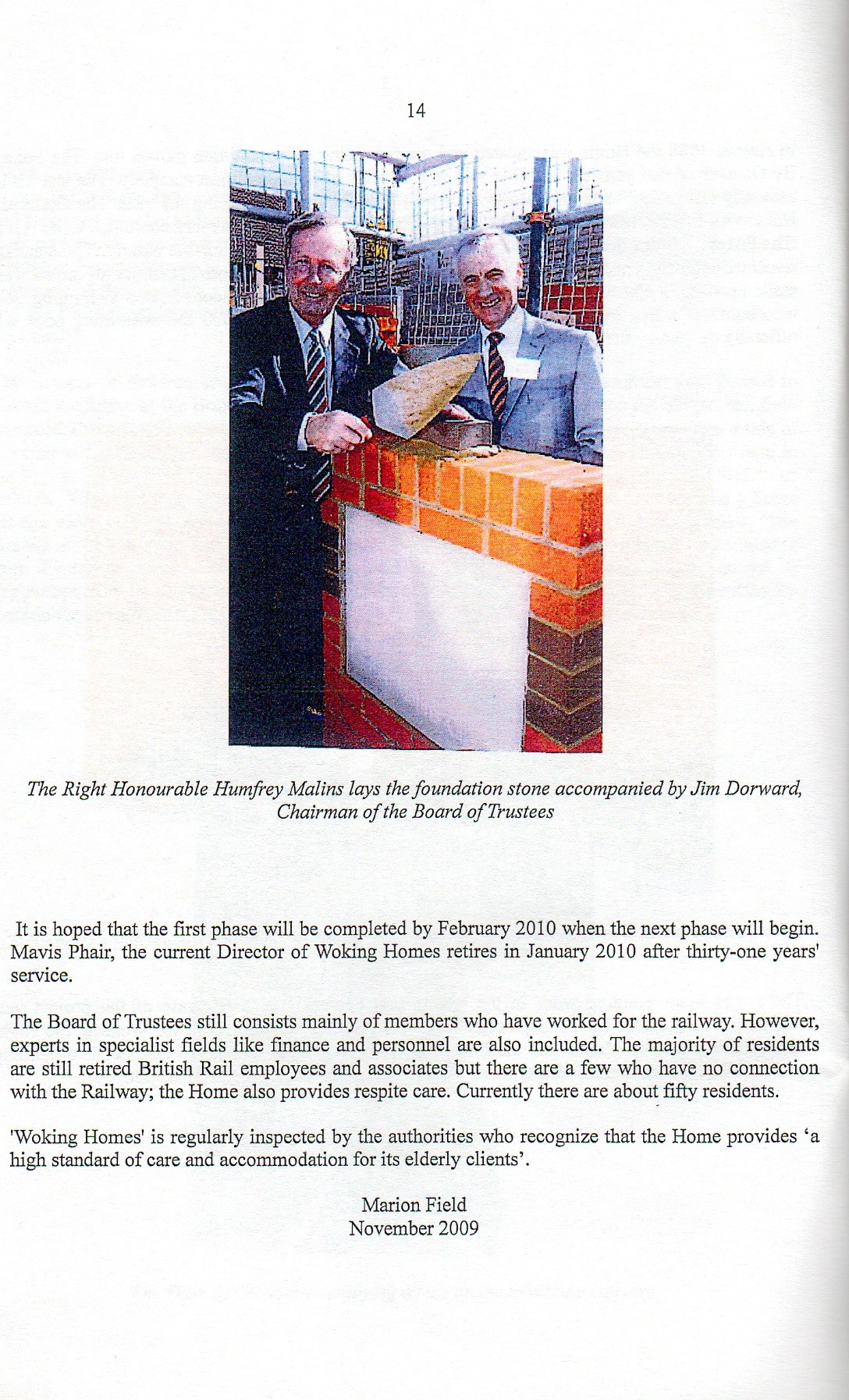 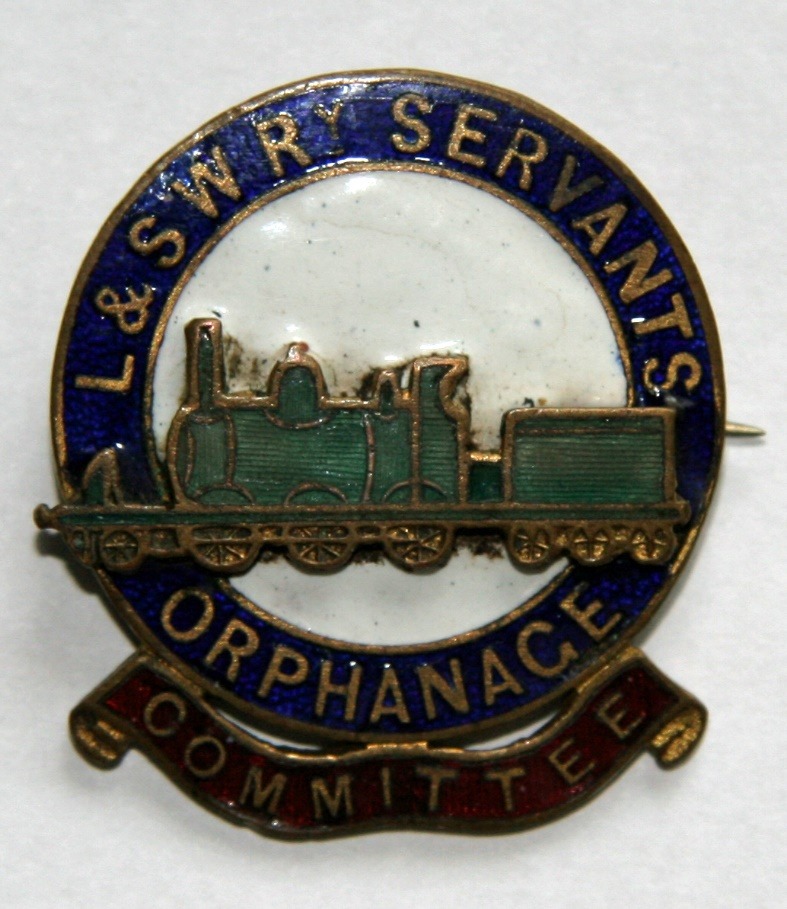